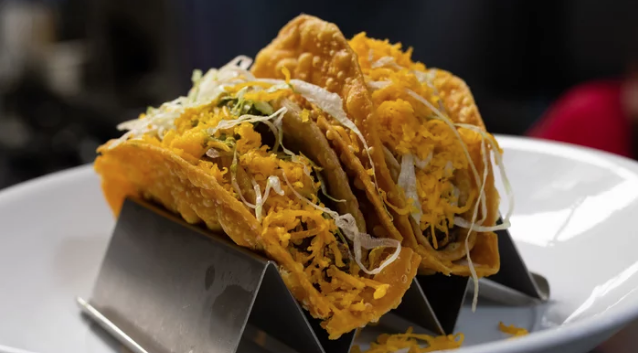 Avishar Barua is the Executive Chef at Service Bar in the Short North and is making national headlines for his upscale rendition of his favorite childhood treat: Taco Bell.

As a child of immigrant parents, Barua didn’t grow up with a lot of extra money.

So when he got treated to Taco Bell, he savored it to the very last crunch.

This experience is one he’s toted around with him all throughout his culinary career—one that’s getting him some attention from Food & Wine Magazine.

The national food and drink magazine recently spent some ink praising Barua for his menu of “pure, elevated fun,” but called special attention to one particular offering.

“One of the most fascinating dishes, however, tucked away at the bottom of the menu, is something that sounds very much like something you might scarf down at Taco Bell, after a reckless night out,” wrote David Landsel. 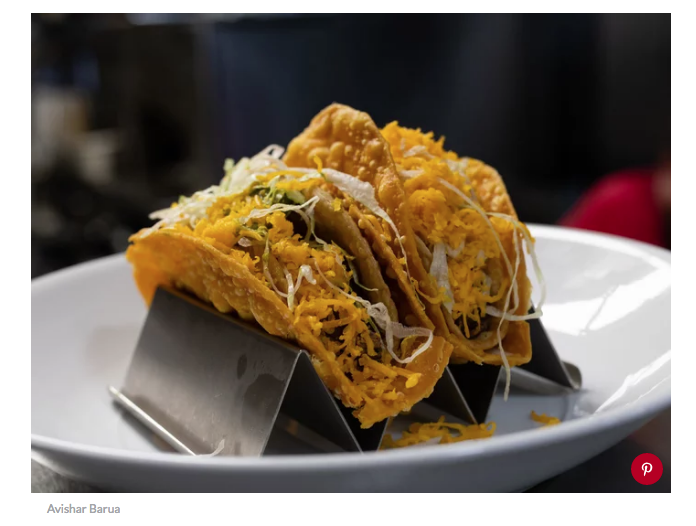 What they’re referring to is what Barua calls the Cheesy Brisket Crunch, a homage to Taco Bell’s Cheesy Gordita Crunch.

Served two to an order, these tacos are built out of a paratha, a Bengali fry bread sprinkled with Kashmiri chili powder and turmeric.

Inside of that is a crispy-fried corn tortilla shell filled with a generous portion of brisket that’s been oak-smoked for 18 hours, giving it “just the right balance,” wrote Landsel.

“Tying it all together is a pepper jack queso; there’s also an intricate Venezuelan salsa verde known as guasacaca, plus—naturally—finely shredded ribbons of both iceberg lettuce, and extremely orange cheese, to top the whole thing off,” he added.

The people of Columbus seem to be catching on to the Taco Bell spinoff, seeing as The Service Bar sold 6,000 of them in the first year ($17, for an order of two).

Landsel and Barua covered a lot more ground than just tacos in the interview.

Check out the whole article here.