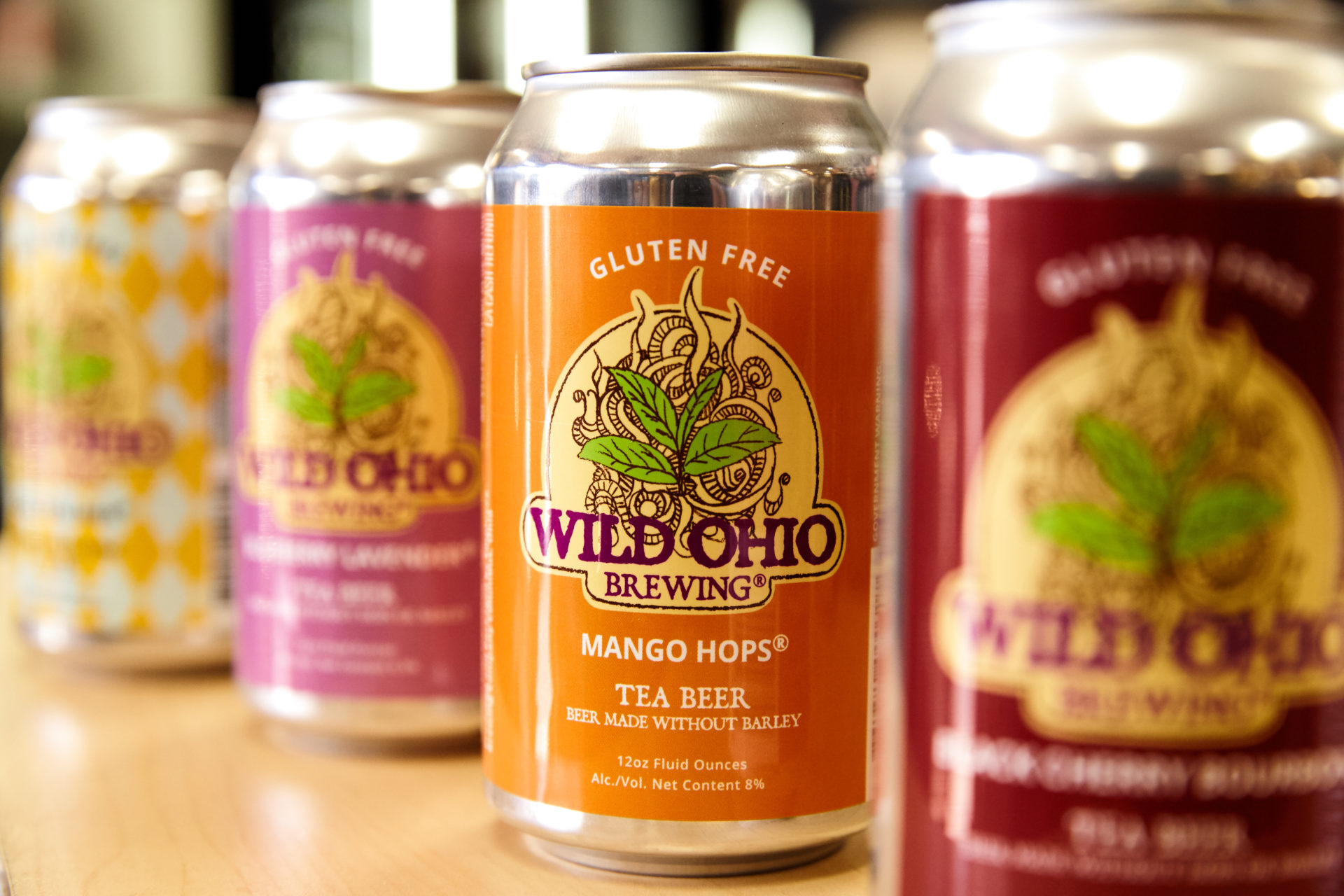 Rise and spin: Record Store Day deals near you

The three most popular drinks in the world are water, tea, and beer—in that order. So if someone were to combine tea and beer, could the resulting beverage become more popular than either one alone? Russell Pinto, the CEO of Wild Ohio Brewing, certainly hopes so.

Wild Ohio’s offerings aren’t so much a combination of beer and tea as they are a melding of the methods used to create both drinks. The result is a tincture that’s not quite tea or beer, but some new third concoction.

They call it “tea beer,” and there’s nothing else quite like it on the market.

Traditional beer is made using cereal grains, like malted barley or wheat. Wild Ohio brushes this tradition aside, instead, starting with a combination of black and green tea leaves imported from India, and adding ale yeast. Into this mixture go various fruit juices and sugar, which steep and brew for varying lengths of time depending on the recipe.

The result is a unique effervescent beverage that, frankly, tastes more like champagne than beer. Thanks to its lack of grains, it’s also gluten free.

To concoct the different mixes, Pinto hired a flavorist who used to work for Pepsi, whose job was/is to tweak each of the flavors for maximum appeal, and to develop proprietary seasonal flavors that come and go throughout the year. The company prides itself on creating bold, unique mixes.

That shows in the flavors that are currently available: Blueberry, Black Cherry Bourbon, Blood Orange Tangerine, Lemonade, and Mango Hops.

Just keep track of how many you have, because the ABV percentages of these beers can sneak up on you.

How did Mr. Pinto come up with the idea of tea beer to begin with? It all started with kombucha, a fermented tea drink known for its supposed health benefits.

Before the business became Wild Ohio Brewing, it was Luna Kombucha, a small business that operated out of a basement in Clintonville. Pinto got hired on and started making the kombucha himself in small batches. As the business grew, the previous owner eventually set up a large production space. Unfortunately, the sales couldn’t sustain the costs of operation.

“[The owner] wanted to shut it down,” Pinto said. “That’s when I bought it from him.”

To stay afloat, Pinto knew he needed to make some changes.

“When you go into a bar and you say ‘kombucha,’” Pinto said, “nobody wants to put you on the draft.”

That’s because kombucha contains bacteria and needs to be cleaned out of the line each time they change the keg. Kombucha also needs to stay refrigerated, or else it eventually turns to vinegar.

Pinto ditched the less-popular flavors, whittling the lineup down to five from 13. He also tweaked the recipe to make it more beer-like.

Tea beer is also easier to market to customers, thanks to beer’s built-in popularity.

Once Pinto got the sales up to the break-even point, he said, “that’s when I went to the sales model of contract brewing.” He ditched the expensive production space and began contracting space at Four Strings in Columbus and at Rivertown in Cincinnati.

Since the switchover to Wild Ohio, the tea beer business is growing steadily. Pinto hopes to open a brewery of his own here in Columbus.

In the meantime, he’s is staying busy, constantly driving around, to set up tastings all over the state and find new buyers.

“I put 45,000 miles on my truck in six months,” he said with a laugh. He’s also in talks to get distribution in Florida, which could add considerably to his mileage.

You can find Wild Ohio on tap at a number of bars around town. Canned six-packs are stocked in Kroger, Giant Eagle, Meijer, mini-marts, and beer shops all over the city. Pinto plans to debut a new tall-boy SKU in April. If you want to try before you buy, check their website (wildohiobrewing.com) for information on tastings.