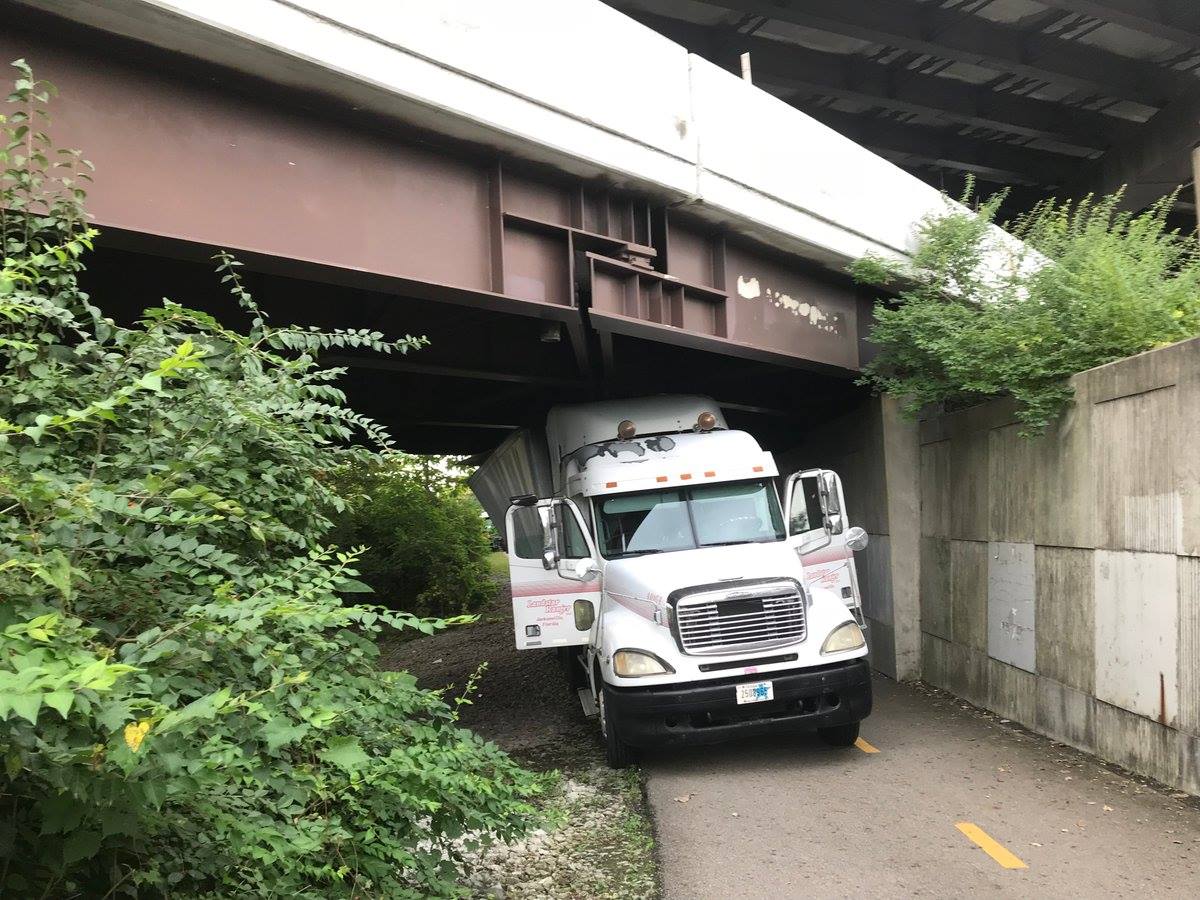 If you think you’re having a bad day, check out this truck driver who drove his 18-wheeler down the Olentangy Trail and got stuck under and overpass this morning.

Talk about a rock and a hard place…

According to police, the out-of-town trucker mistook the Olentangy Trail for an entrance ramp to Route 315, drove north on the trail and became trapped under the Interstate 670 overpass.

The accident closed down the bike trail around 9am.

Police and ODOT are on the scene to inspect the damage, clear the accident and unload the semi trailer’s contents onto other trucks.

Don’t be that driver. For some reason, this tractor-trailer was driving on the Olentangy Bike Path when it hit a bridge at 670 and 315. ODOT bridge inspectors are on scene. pic.twitter.com/xfmpOVc8J4

OOPS!
Bicycle path north of Spring St. parallel to 315 is closed due to a stuck semi that struck two overhead bridges.
The out of town driver was confused as to finding an on ramp to 315N. This will be a long closure of the bike path.
-Sgt. Isaac Bridges (Fitting last name 😉) pic.twitter.com/Munr0BLmef