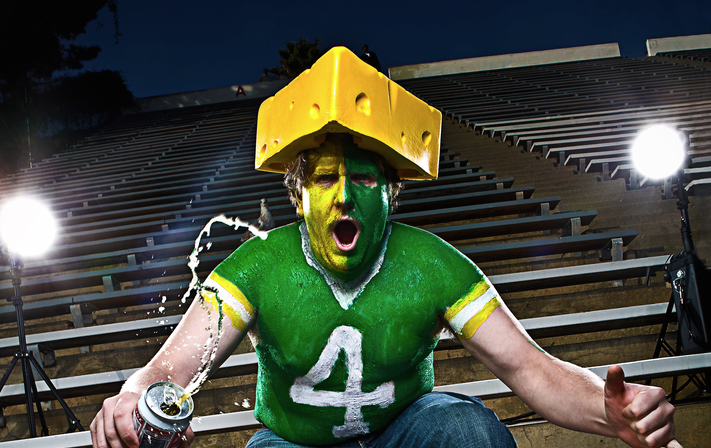 Wisconsin has plenty of beer, cheese, even headgear that resembles cheese, but the Badger State is sorely lacking in two areas—badgers and workers. Ignoring the varmint shortage, the state is actively recruiting talent to move north, soon targeting the 614.

The WSJ reported on all the new jobs coming to Wisconsin—over 45,000 by 2024. But the number of jobs far outweighs the number of workers which has forced the state’s Economic Development Group to go fishing in southern waters to catch future employees. Last year, Wisconsin spent $1 million to lure Chicago millennials to move, and they plan to spend another $7 million to expand that campaign to cities like Columbus.

One Chicago ad shows exhausted commuters exchanging their hour long train trip for a short Milwaukee car ride and more time for ballgames, cocktails, and kayaking. That won’t work here, and might not work there either.

So what would it take to tempt you into adopting snowshoes as your normal footwear?

Cost of living? Madison, where many of the new jobs are, will cost you 30 percent more to live than Columbus.

Sports? Brewers and Reds are both bottom dwellers however, the Packers do have more Super Bowl wins than Ohio’s NFL’ers combined. But the Badgers haven’t won a football championship since 1942 and have accepted defeat against the Scarlet and Gray a whopping 58 times. And no pro soccer at all.

Looking for love? Lots of single guys. But you’ll probably become a “deer widow” which means one month a year, you’re on your own (which might actually be an advantage).

To be honest, Milwaukee and Columbus have a lot in common (things to do, demographics, similar craft beer scenes) sans the weather dichotomy (average WI snowfall: 55 inches), Ohio being 7-0 over Wisconsin on producing presidents, and Green Bay being the “Toilet Paper Capitol of the World!”

Will the similarities work to Milwaukee’s advantage when trying to lure Cbusers? Or will the cost of living, semi-whimpy sports, and deer-obsessed men keep Columbus-dwellers in Columbus?

Guess we’ll find out this summer when ads are expected to come through our airwaves.

Columbus Native (Lincoln Village) I've spent my entire career in radio with stations across the South and Midwest. But I'm tired of moving around the country (my last employer wanted me in Albuquerque!) So I returned to CBus to be closer to friends and family and am freelancing now, including writing for (and about) 614. Reds, Bengals, Crew fan, and fan of whoever is playing the Cardinals and the Steelers.