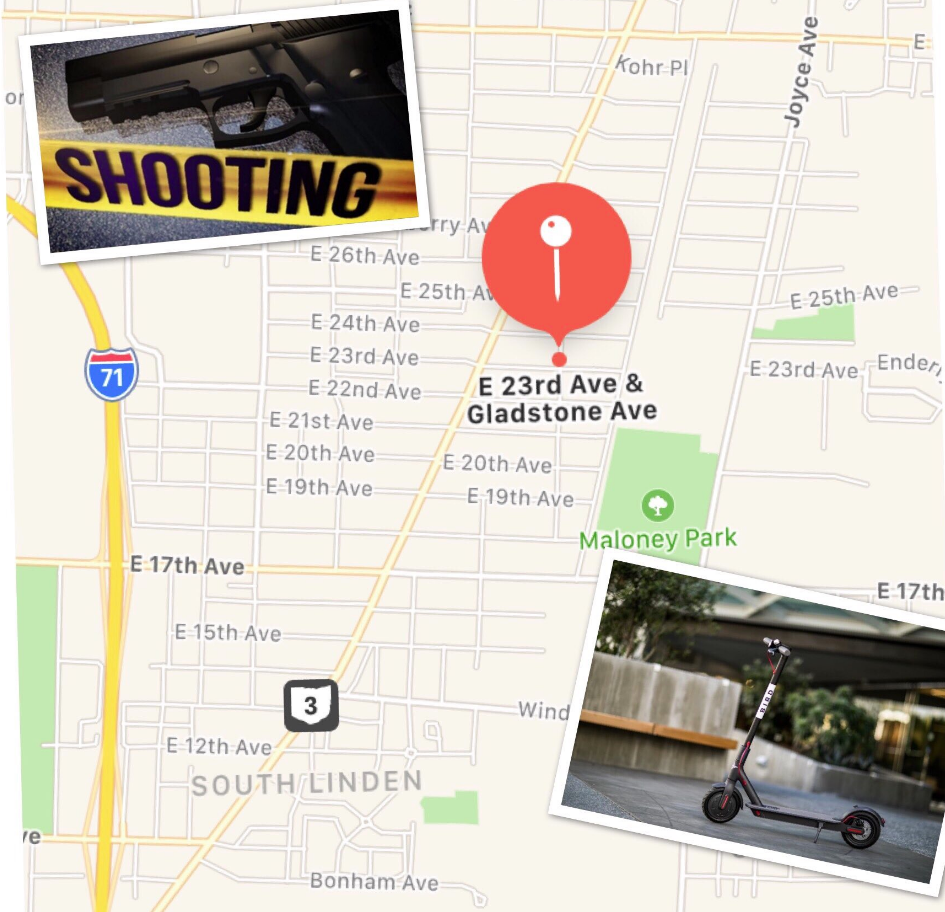 A teenager is in the hospital recovering from gunshot wounds following an argument over a Bird scooter.

On Monday around 4:30pm, 15-year-old Careun Howard and 18-year-old Jarrell Rodgers were attempting to rent a Bird scooter in the area of E 18th Ave and Gladstone Ave when a unknown black male approached them and told them it was already rented.

An argument ensued but eventually Howard and Rodgers walked away north on Gladstone Ave.

The unknown male returned as a passenger in a silver sedan traveling south on Gladstone Ave and open fired on the two teens.

Howard was shot twice in the abdomen, once in the hip and once in the thigh. He was transported to the hospital and is in stable condition.

Two houses on E 23rd Ave were struck by gunfire, as well.