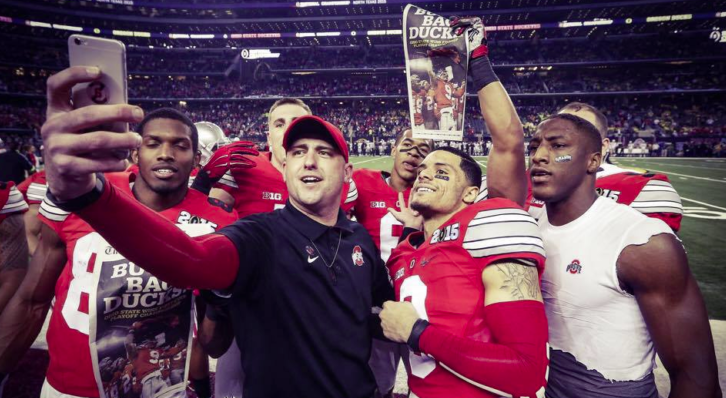 Dolls for a Cause: 9yo turns cans into companions for cancer patients

Zach Smith, the man at the center of the ordeal that got him fire from his Ohio State football coaching job and landed head coach Urban Meyer and athletic director Gene Smith both with suspensions, has pleaded guilty to a reduced charge.

While he was charged with criminal trespassing following an incident with his ex-wife Courtney Smith, he plead guilty to disorderly conduct.

A judge in the Delaware County Municipal Court ordered him to pay $289 in fines and court fees associated with the case.

Zach’s attorney Brad Koffel, told 10TV that the couple came to a mutual agreement to stay away from each other for three years as part of the resolution.

However, Courtney told ESPN that a judge awarded her a three-year protection order as part of the resolution.

Courtney had accused Zach of domestic violence on several occasions, telling Stadium in a sit-down interview that she was scared for her and their kids.

Zach has always denied the allegations.

Here is Zach’s Twitter response to the court’s decision: