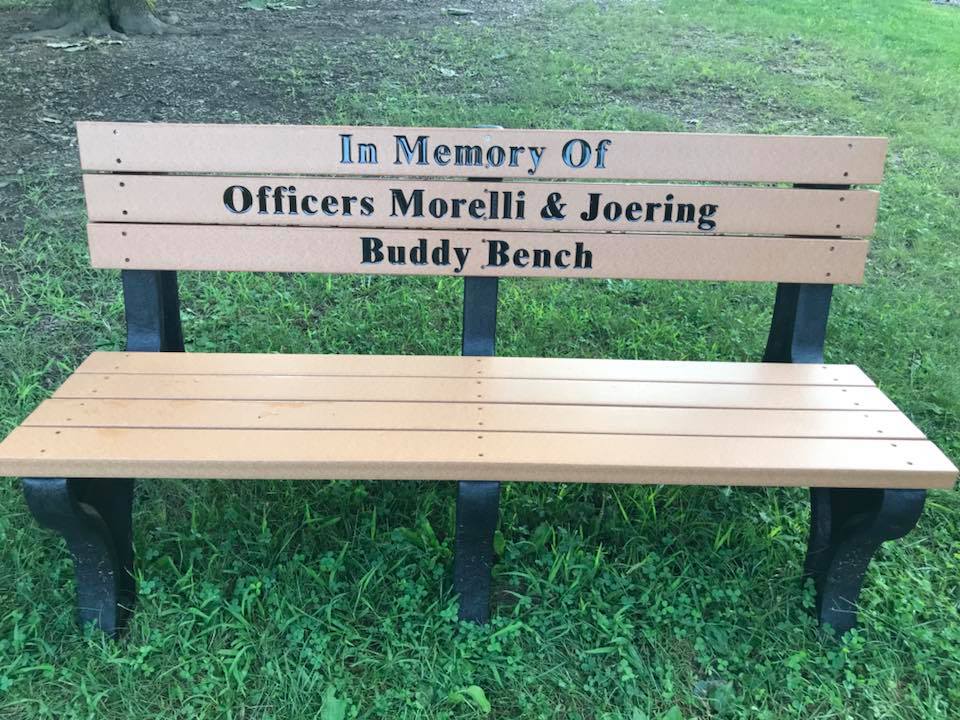 A week after a bench was installed to honor the two fallen Westerville police officers, it has been vandalized.

Today, parents noticed the swear words and racial slurs scratched into the bench outside of McVay Elementary School in memory of Officers Eric Joering and Anthony Morelli.

The bench has been removed for repair.

Officials with Westerville City Schools told 10TV the graffiti is consistent with other vandalism that happened over the summer so they don’t believe anyone targeted the memorial.

Officers Eric Joering and Anthony Morelli were shot and killed while responding to a 911 hang-up call.