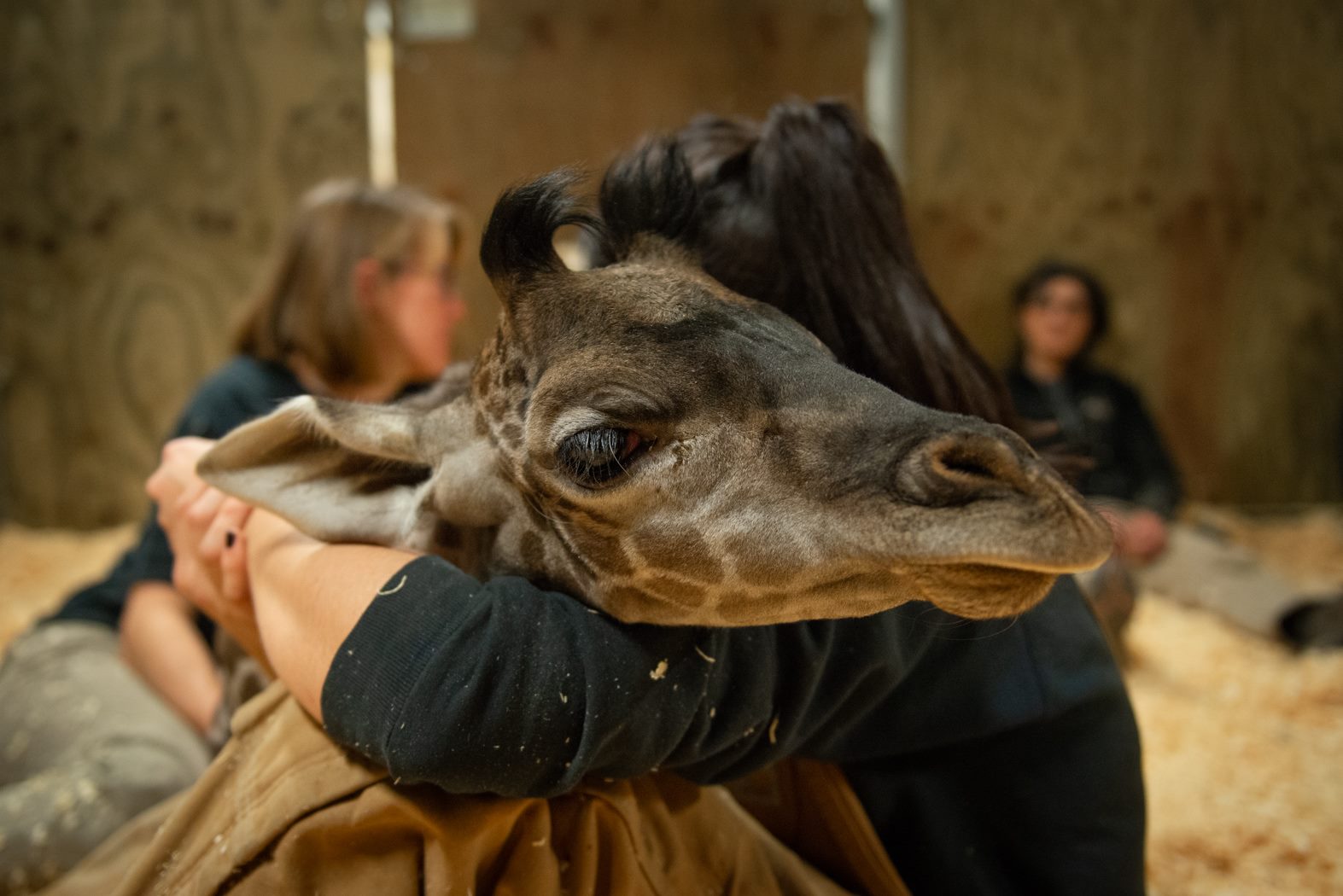 After less than three weeks on this earth, a giraffe calf at the Columbus Zoo has unexpectedly passed away.

The Zoo announced the sad news on Facebook on the morning of November 17.

“It is with a very heavy heart that we announce that Ubumwe, the female Masai giraffe calf born on Oct. 30, passed away today at approximately 8:30am,” they wrote.

The exact cause is still unknown and the Zoo will not have more information until an animal autopsy is conducted.

The calf was monitored around the clock since her birth and was energetic and seemingly healthy at first.

On Friday, November 16, they began to notice a change in her behavior.

“The Zoo’s veterinarians found that Ubumwe was a bit constipated and administered fluids and pain medication to minimize any gastrointestinal discomfort.”

She was examined and resumed nursing from her mother, Zuri, but her care providers still knew something was off.

“During the early evening hours, Ubumwe’s care providers noticed that she still seemed to be experiencing gastrointestinal discomfort, so a follow-up exam was conducted that included an ultrasound and providing her with additional fluids,” they wrote. “Her condition was critical as the ultrasound showed an abnormality of the bowel, and she was then anesthetized and taken to the Zoo’s Animal Health Center for a CT scan, which was done with the assistance of an equine veterinary specialist and radiologist from The Ohio State University.

The CT scan came back clear and showed no signs of her needing surgery.

“Early this morning, her health unfortunately deteriorated rapidly once again, and she soon passed away,” wrote the Zoo. “We appreciate your support for our team during this extremely difficult time and will continue to provide updates as more information becomes available.”

While devastated by the loss, the Zoo’s staff remains committed to providing care for the other members of the giraffe herd, including Zuri, as well as Cami, who is also expecting a calf soon.