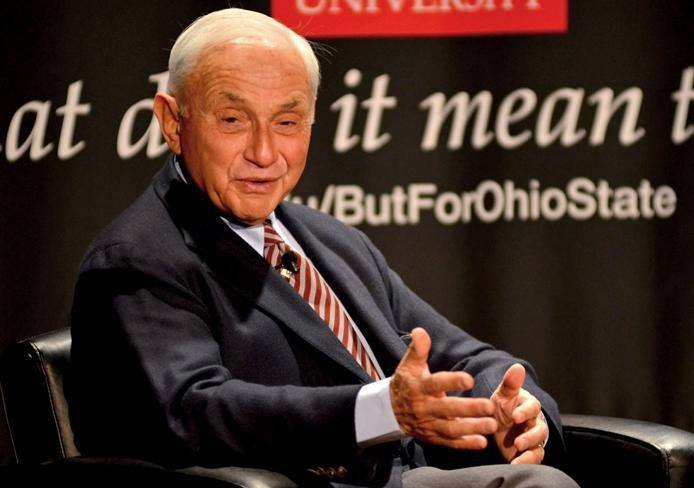 The wealthiest Republican supporter in the state told a small audience at a downtown event that he is fed up with the GOP and declared his independence.

The Columbus Dispatch reports the L Brands CEO said he will no longer support the “nonsense” of the Republican Party.

Wexner addressed his support for Obama’s theme of bipartisan civility and voiced his admiration for the former president’s genuineness, candor, humility and empathy.

Wexner has already begun putting his money where his mouth is.

In late 2017, Wexner made a $300,000 donation to a bipartisan organization that supports veterans for both parties running for office. It’s called With Honor.

His wife Abigail chipped in an additional $2.5 million to the same organization.

Columbus City Councilmember and Chair of the Criminal Justice Committee Shayla Favor held an informative and at times eye-opening public hearing regarding the expansion of hate group affiliation background checks.

Although no legislation was announced during the discussion, the point of the meeting was to have educational and collaborative conversations with experts in the field of systematic racism, psychology, and policing. Favor did mention that legislation defining more strict background checks for police officers potentially in hate groups or possibly affiliating with those groups would be drafted by the end of the month.

At the time of publication, Columbus City Council couldn’t say if a Columbus police officer was affiliated with a hate group.

During the discussion, bits of historical facts and information were inserted giving a more robust understanding to the context of the topic. For example, there are 1,000 to 1,100 hate groups in the United States that we’re able to identify, according to Jefferies. Jefferies also pointed out that there is less concern about the number of members, and more concern about the number of supporters.

He also mentioned that in the 1960s, police would post ads to recruit Southern-minded people to become police officers in Chicago and Los Angeles. Jefferies did acknowledge that being a police officer is the hardest job of any street bureaucrat because they see the worst of the human condition.

The current screening process of the CPD, as it pertains to hate group affiliation, was presented by Blunt. This is what it looks like::

With that being known, there are definitely improvements to be made in how the CPD does intensive background checks when it comes to hate group affiliation. By the end of July, the Columbus City Council hopes to have legislation drafted on hate-group screening.

President Pro Tempore and Finance Committee Chair Elizabeth Brown and several other Columbus City Council members held a virtual finance committee public hearing Tuesday afternoon that lasted long into the evening. The hearing was held to “discuss equipment purchased for and allowed to be purchased for by the police department.”

“I believe that in this country...we strive to have community-based safety forces,” Brown said during the hearing. “I believe for the protection of our residents, for that to exist, there should be a covenant between police and people that we are on the same side.”

In 2017, President Donald Trump rescinded that executive order, effectively opening the door to the militarization of police departments across the country.

Deputy Chief Michael Woods thoroughly listed the use of certain military-style equipment, not limited to weapons, and physical purchases by the Columbus Division of Police. Deputy Woods outlined the equipment that the CPD doesn’t possess as well.

Some of the prohibited items discussed included:

Some of the controlled items discussed included:

There are arguments to be made on both sides when it comes to using military-grade equipment. For example, the roar of helicopters may incite fear in communities, but they provide valuable community resources in locating missing persons or during natural disasters. And if their use is valid, is six excessive and even wasteful?

Columbus residents were encouraged to submit written testimony to Brown’s office and participate in the virtual press conference. Columbus City Council received an outpouring of community engagement, including 906 written comments and 69 speaker testimonies. Many spoke in length about the unprovoked and violent force used by the police since the protests started at the end of May.

“The overwhelming public engagement we received is more evidence of the urgent need to think differently about how we keep every resident safe in our city. I’m grateful to the nearly 1,000 people who lent their voices. I also appreciate (the) Division of Police personnel for providing information to Council and residents — they answered some important questions, and we will continue to ask more questions. Creating public policy is not just putting words on paper; it’s about making a difference in people’s lives. We are all better prepared for that job by having given residents the mic last night.”

Before the list of prohibited and controlled equipment was outlined by Woods, Lombardi went through the process that the city goes through when setting a specific budget. Here is the procedure for 2021:

(614) reached out to the CPD for comment after the press conference and had not received a response at the time of publishing.