Adorable: Local 4yo hopes Timberlake will spot him for tix

However, this post is not an accurate depiction of what happened that night and does not even begin to describe what the team’s been going through all season. 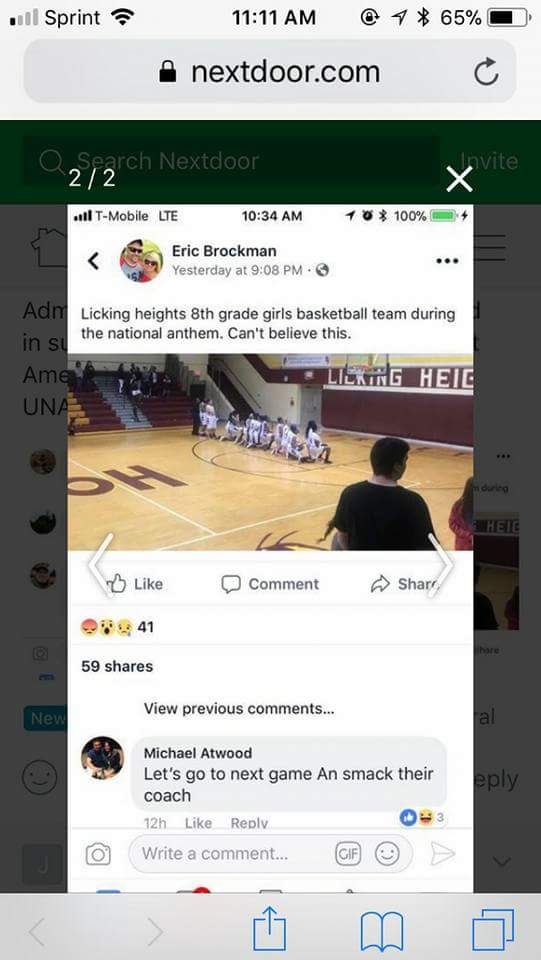 A mother of one of the players reached out to 614now to set the record straight. This photo was taken before the national anthem started. The girls walked out onto the court, took a knee like you see in the photo, and then stood up when the anthem started at the request of their coach who advised them to stand if they didn’t understand the meaning of the gesture. Though, one player has been taking a knee during the anthem all season.

“The reason they decided they wanted to protest is because these girls have been facing a lot though this season,” said mother Rokeidra Currie. “They have received death threats, been called racial slurs during games and via social media from students AND PARENTS and the schools have done absolutely nothing to protect them.”

The girls have been harassed by not only students at Utica Middle School but parents at neighboring junior highs. Here are some screenshots of cyberbullying incidents involving the girls on the team. 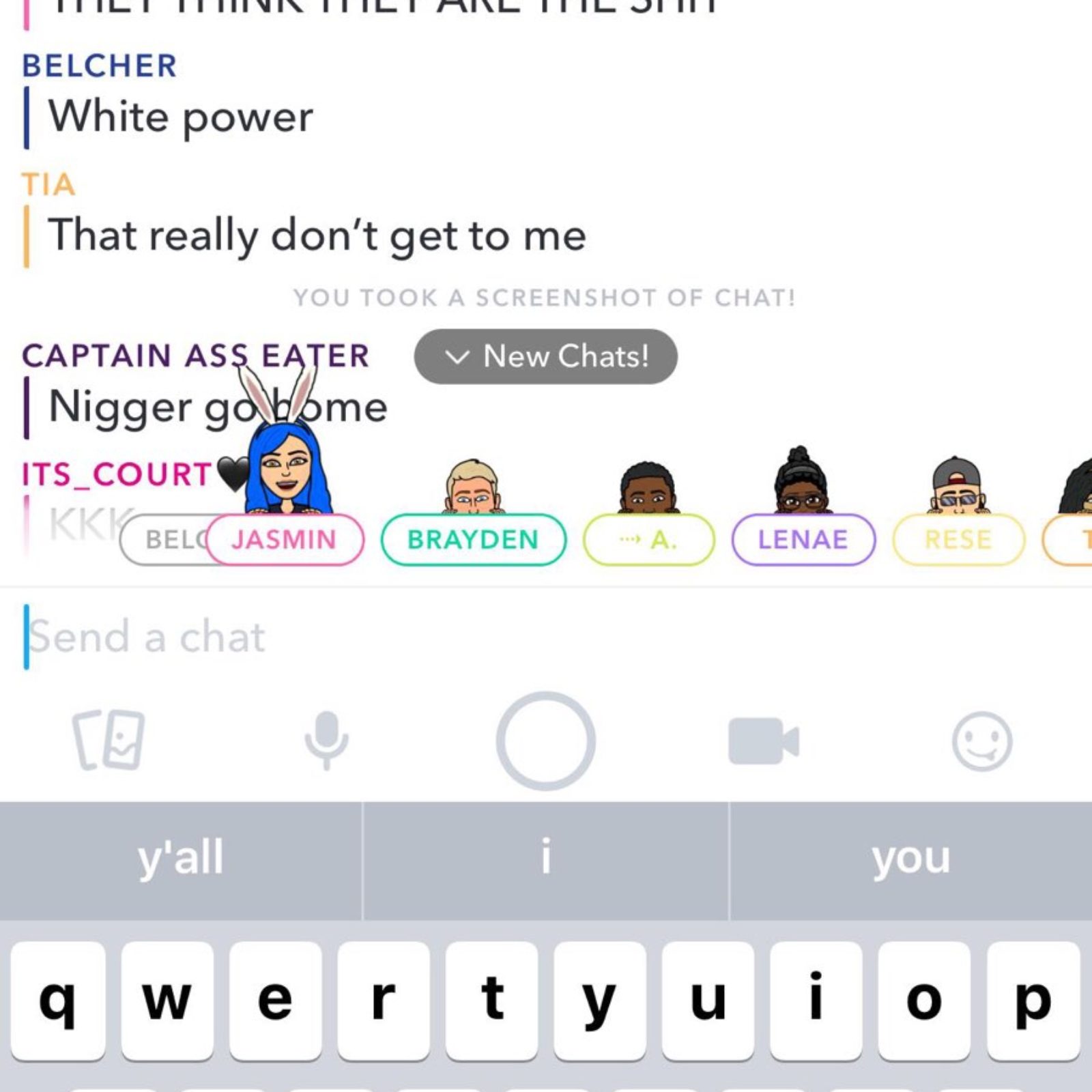 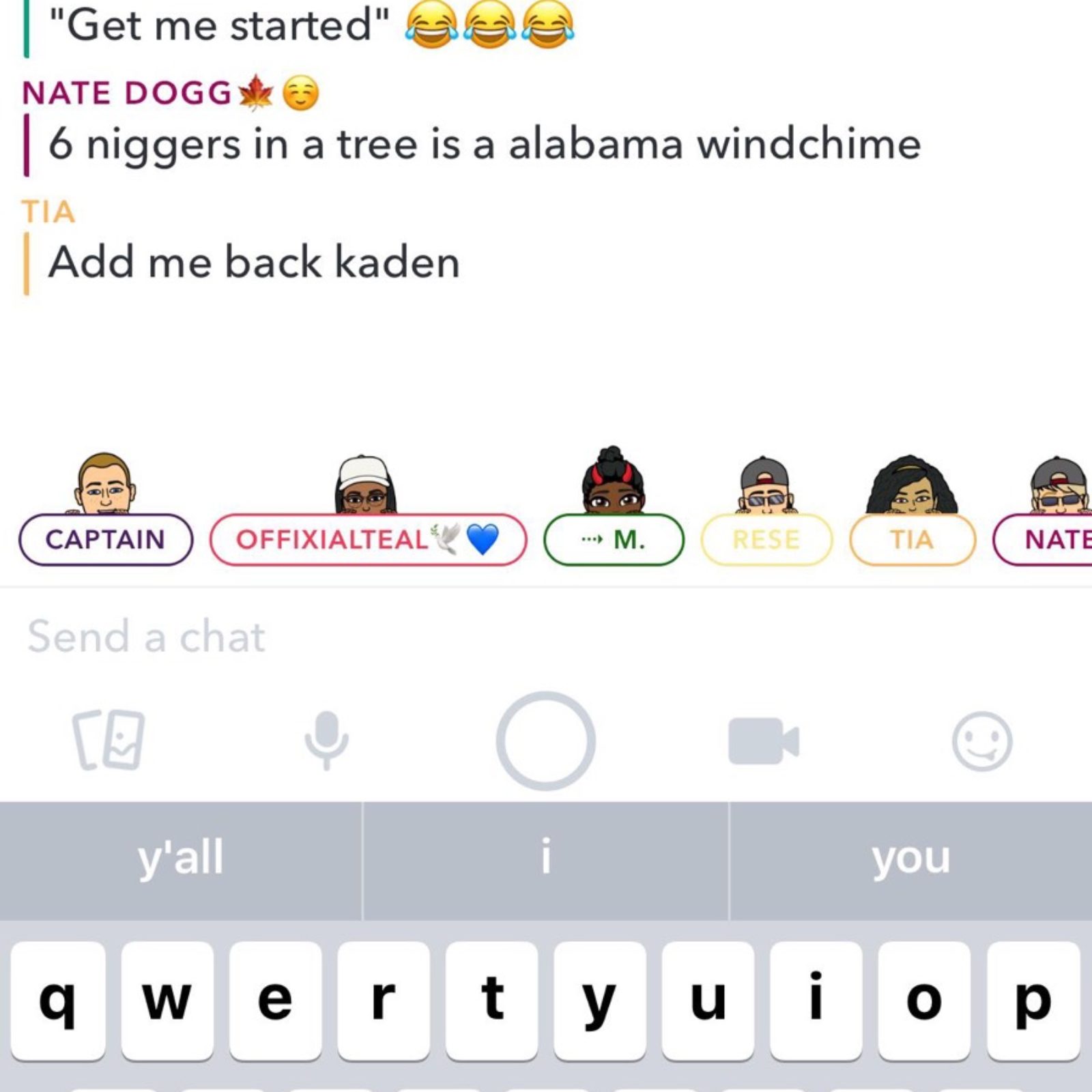 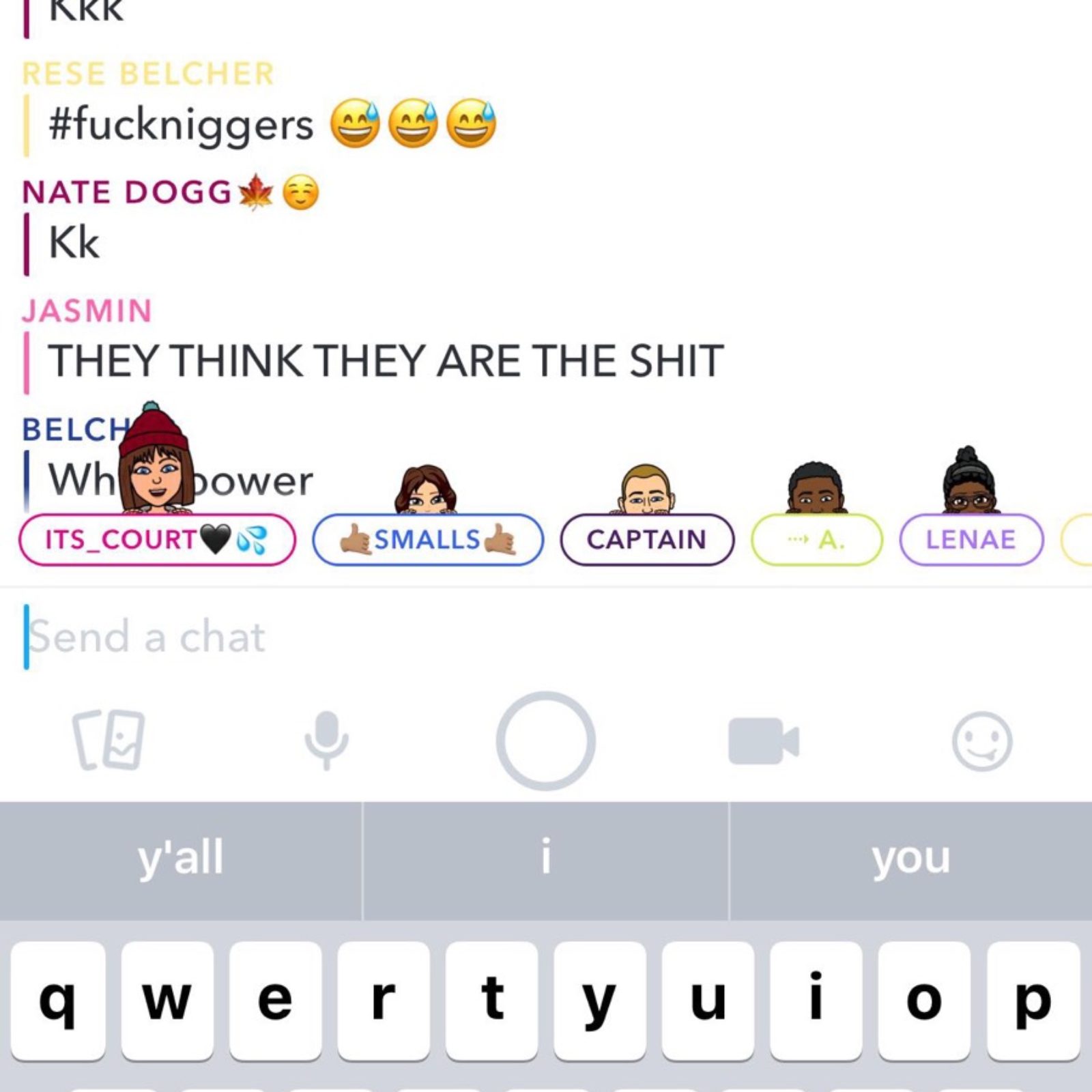 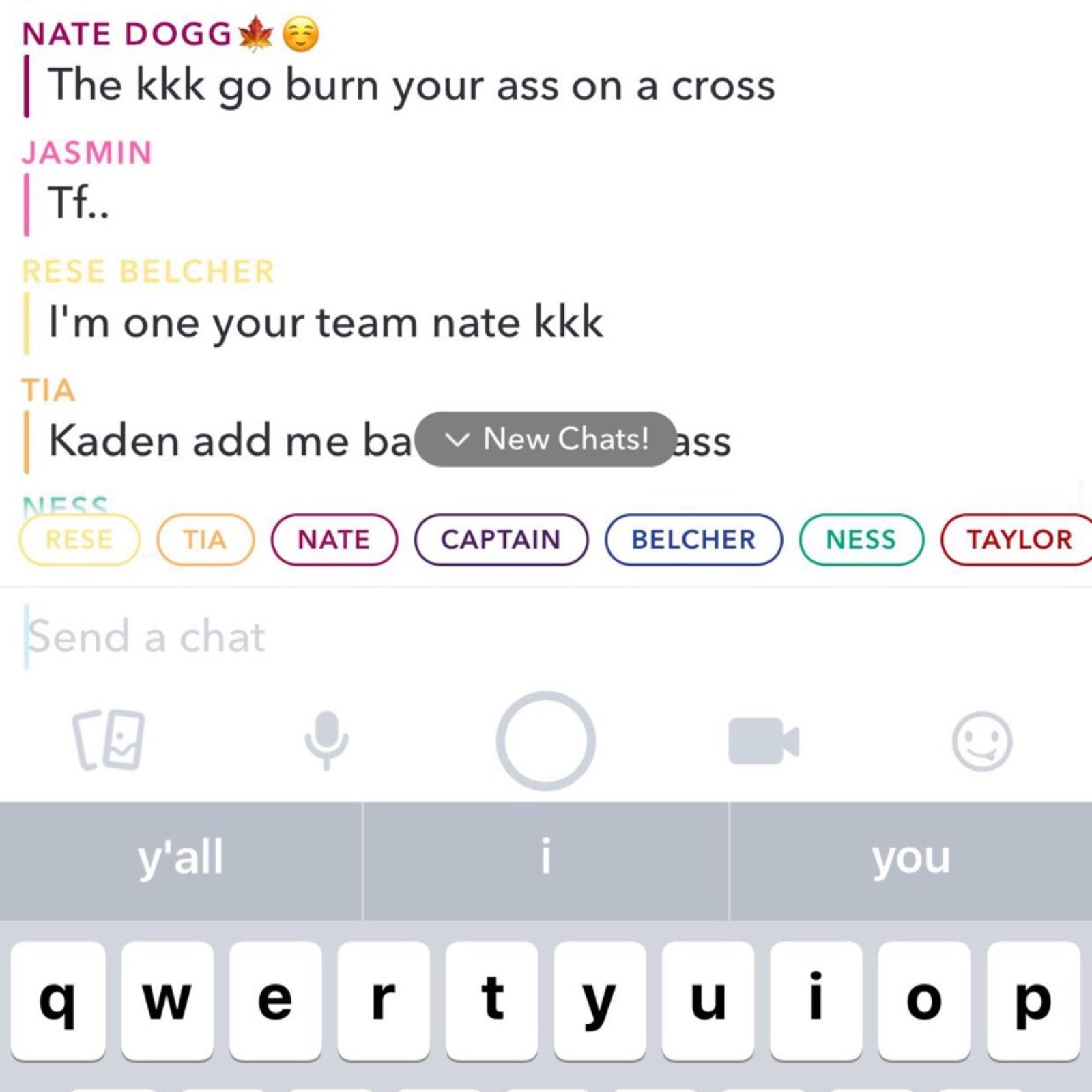 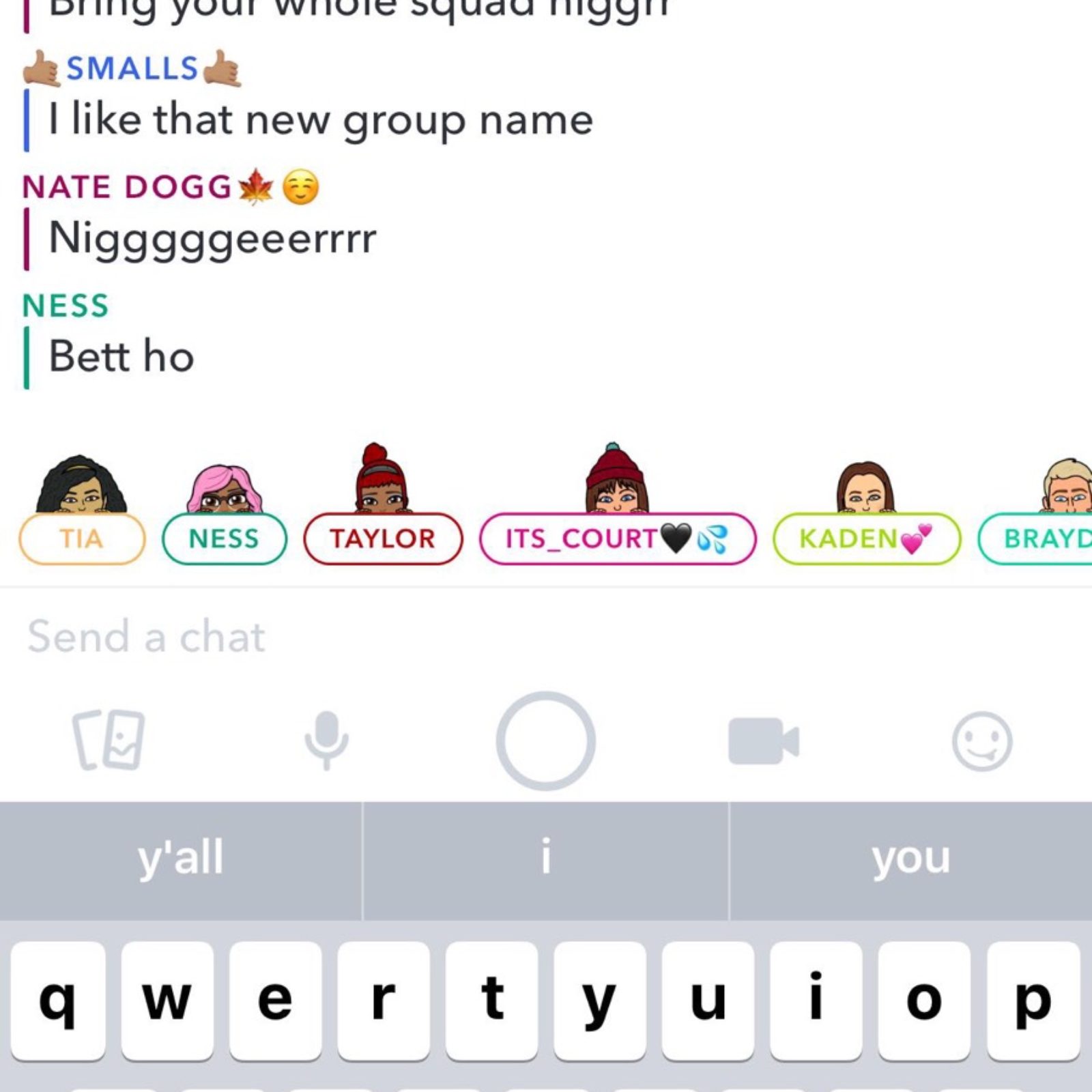 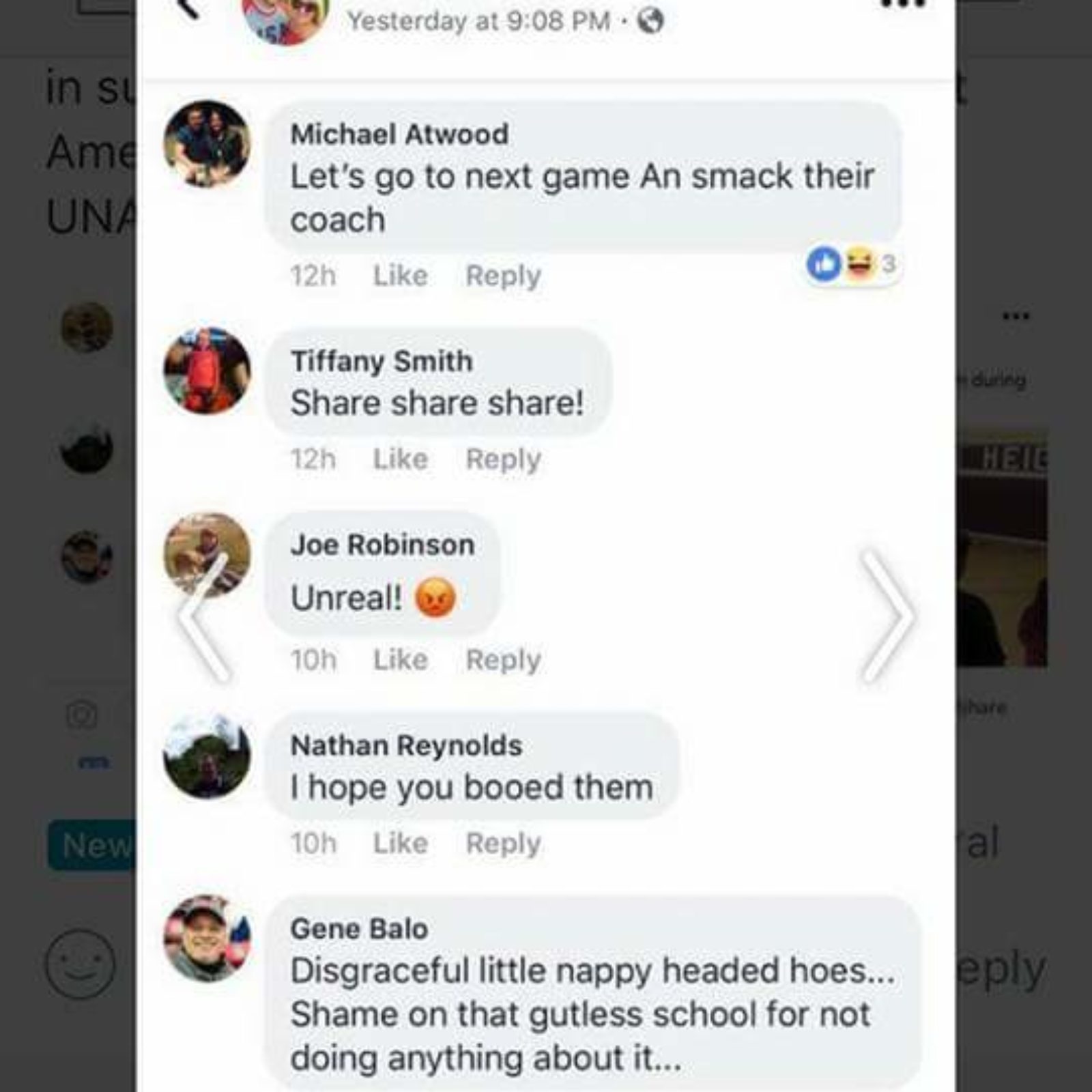 “We have contacted principals, the superintendents and made a police report and will proceed with pressing charges because the schools have held no one accountable for these actions,” said Currie. “But our girls were suspended a game just for being involved for simply saying they will not allow it to get to them.”

Santino Torres also reached out to comment on the misleading Facebook photo. He is the father to one of the Licking Heights basketball players and shares a daughter with Currie.

“They are 13 years old and have dealt with more antagonist than most adults. It’s disgusting and the parent who wrongly posted the pic blasting our daughter and team should be ashamed because they have no clue what we are going through and have been since November when the season started.”

The Licking Heights 8th grade girls basketball coach has been on blast during this whole ordeal, too. Someone commented on the kneeling Facebook photo saying, “Let’s go to the next game and smack their coach.” Torres said the coach has been supportive this season and has endured the bullying right alongside the players.

“Our coach has been there and also suffered from the verbal abuse from parent and even had coaches and referees not shake her hand or threaten to kick her out the game. This has been a long hard season and our kids need to be protected and our voices need to be heard to stop the racial abuse we have all endured over the past several months. Our daughters have had the upmost respect and have handled themselves like young adults even through being called niggers and nappy headed hoes. They need to be supported and applauded for conducting themselves like young ladies!”