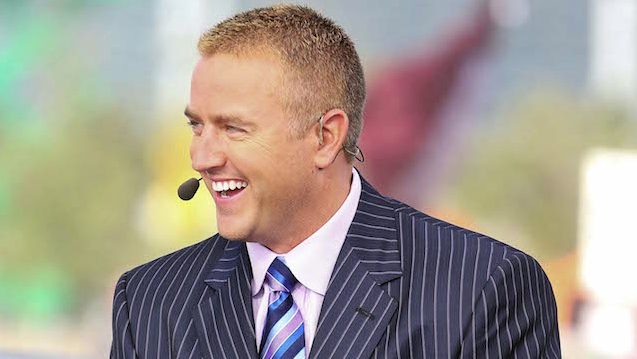 Ahead of the Ohio State v *ichigan game, College GameDay analyst Kirk Herbstreit gave his prediction about what we’ll see on the turf this Saturday.

“They’re underdogs this week,” Herbstreit said of Ohio State during Tuesday’s appearance on Get Up! per 247 Sports. “If a rivalry game at home when you’re an underdog doesn’t get you to bring their best, nothing can. One week, it’s their pass defense. Next week it’s, boy, they can’t seem to fit right against the run. They don’t seem to play inspired or together as a unit on defense. But if anything can bring that out, it’s a rivalry (game).”

While the chip on their shoulders from being the underdog may give them the edge, Herbstreit isn’t sure it’ll be enough.

“The defense seems to bring more emotion and love for one another in (these games) and proves everybody wrong. At the end of the day, I don’t know if it’s good enough. Even if they do bring that game, is it good enough to beat a very determined Michigan football team?”

What do you think, is it good enough?