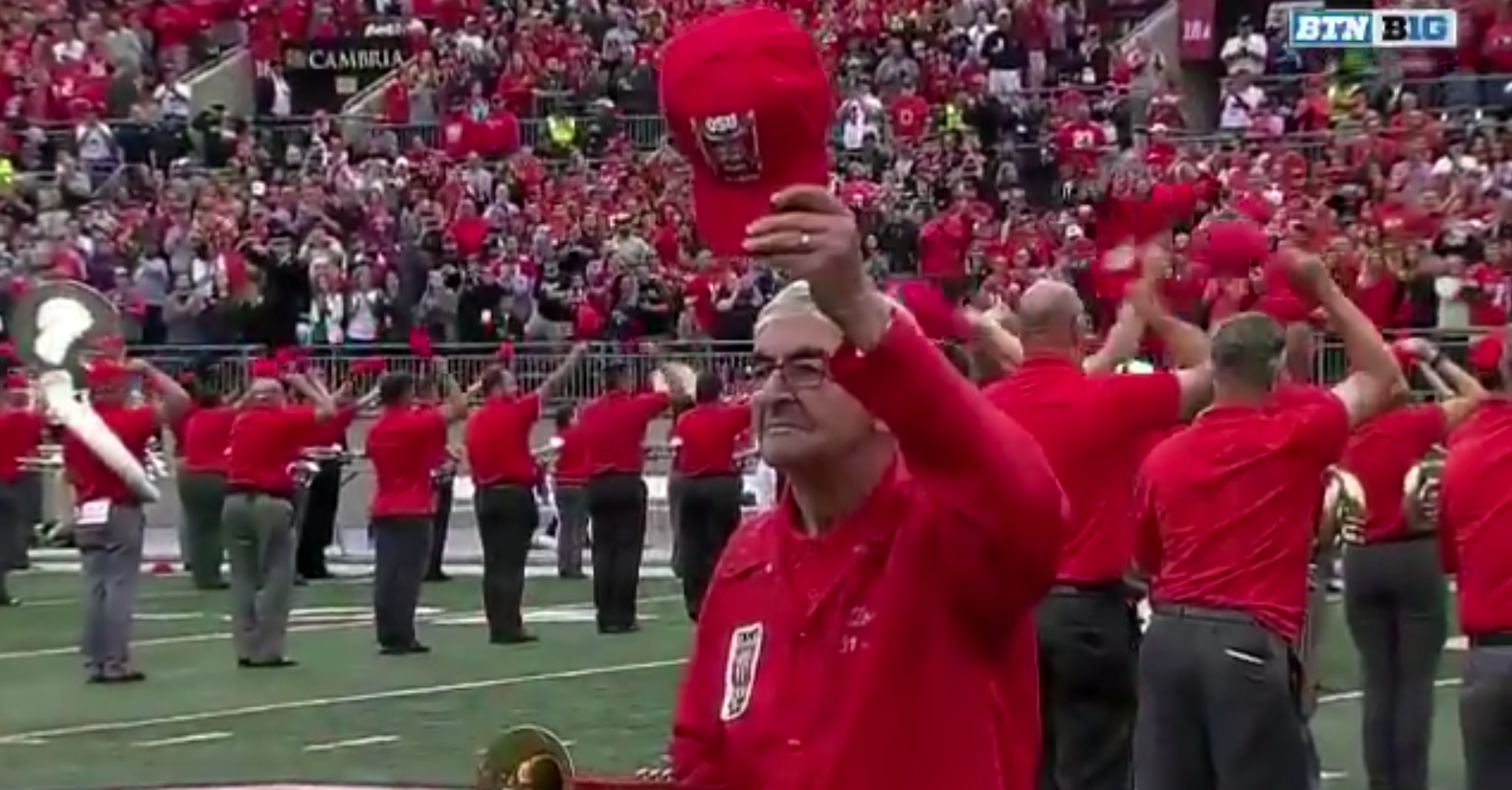 Sure, Ohio State head coach Urban Meyer returned to the sidelines Saturday but the real highlight of the Buckeyes game was the 100-year-old WWII vet who dotted the “i” during Script Ohio.

Anthony Violi joined Ohio State Marching band as a trumpet player in 1937, just one year after Script Ohio was performed for the very first time.

Violi went on to serve on the European front in World War II as part of the Army’s 95th Infantry Division 1966 before a lengthy career as a music educator at an Ohio school.

TBDBITL alumni games began in 1966 and he’s attended almost every one since.

This past Saturday alongside 700+ other retired players during the 50th alumni game, Violi was an even bigger part of the beloved tradition.

“I think it’s the greatest thing in the world to dot the i,” Violi told Ohio State. “I feel proud that I was selected to do that.”

He said he had been practicing his bow to make sure everything went well on the big day and we think we can speak for everyone when we say it went very well.

The highlight of the day: 100-year-old alum and WWII veteran Anthony Violi got to dot the i in Script Ohio. pic.twitter.com/NuZO08aX5Y

Trumpet player and music educator Anthony Violi ’42 first joined the band in 1937 when Script Ohio was just one year old. Today, at 100 years old, he’ll dot the i at halftime as part of the 50th @TBDBITLAlumni reunion 🎺

Hats off to a great 50th @TBDBITLAlumni reunion and another @OhioStateFB win. #GoBucks #TBDBITL50 pic.twitter.com/LlMIliobfB

Read and watch the full interview and few more pictures from Violi’s time in the OSU Marching Band here.