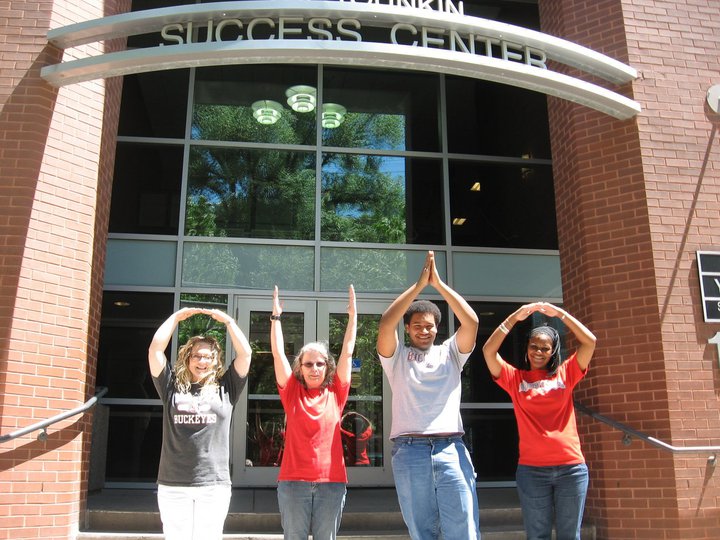 The Ohio State mental health and suicide task force has come out with a list of recommendations after four people have fallen/jumped from campus garages in 19 months.

Three of those people died, one survived.

“We have resources available, but the most heartbreaking thing is when students don’t know those resources are at their fingertips,” said OSU Student Government President Shamina Merchant, per 10TV. “And there’s ways we continue to work to make sure that they are aware of those resources, and advancing the culture of care that we have on this campus to reduce stigma related to mental health. And make sure that we never have a situation where another student feels that they don’t have somebody to turn to.”

Daniel Birdsall, 19, a sophomore studying sociology, died after falling from the university’s Union South garage this past April.

Four days later, Kelly Denlinger, 35, a former student at Ohio State who last attended in 2007 fell from the same garage but survived.

In February 2017, Madison Paul, 19, a first-year, pre-med neurosciences major from Zanesville, died after a fall at the garage. Officials later determined it was a suicide.

CCS is located on the 4th Floor of the Younkin Success Center and 10th Floor of Lincoln Tower.

You can reach an on call counselor when CCS is closed at 614-292-5766 and 24 hour emergency help is also available through the 24/7 National Suicide Prevention Hotline at 1-800-273-TALK or at suicidepreventionlifeline.org.

While these numbers are subject to fluctuate and grow throughout the upcoming days and weeks, Ohio.gov has released its current numbers on COVID-19 and its impacts.

The median age of these cases was reported at 53 with a sex split at 49% males and 51% females with a less than 1% not reporting their sex. The age range, however, goes from one year olds to 99-years-old.

614Now will update this story with more information as it becomes available.

As more and more small businesses shift focus and find new footing amid the COVID-19 outbreak, Facebook is looking to assist with financial relief.

Through its Facebook Small Business Grants Program, Sheryl Sandberg, Facebook COO, announced the company is offering $100 million in cash grants and ad credits up to a maximum of 30,000 eligible small businesses in the 30 countries they operate. These cash grants and ad credits, as reported by Business Insider's Dominic Reuter, can be used by businesses to help cover operational costs, afford rent, and pay employees.

Currently, Facebook is still creating the criteria for which businesses can be approved for this grant, however, Business Insider predicts it will be modeled similarly to the Small Business Association. For more information, check out the SBA website.

To keep up-to-date with the Facebook Small Business Grant Program, visit the website where you can sign up for email updates. In the meantime, Facebook has provided tips for small businesses such as ways to stay in touch with your customers, how to host an online event, and advice on preparing a frequently asked question list for your page.

614Now will update this story as more information becomes available.

Beginning today, Columbus Public Health will step up inspections on businesses to assure they are complying with the Ohio Department of Health’s orders for social distancing and basic hygiene to slow the spread of COVID- 19.

“We are at a critical moment in slowing the spread of this highly infectious disease in our community,” said Mayor Andrew J. Ginther. “We have received hundreds of complaints that some businesses are not complying with the Ohio Department of Health’s orders, and we must assure that employees and residents are safe.”

Teams of sanitarians will visit businesses to assess the number of people working, if they are able to work at a safe distance from one another and if soap, water or hand sanitizer are readily available. Those not in compliance will receive a warning letter. A second violation will result in citations and could lead to criminal charges.

“We are pleased that most people and businesses are doing their part to slow the spread of COVID-19 by following the Ohio Department of Health’s orders,” said Dr. Mysheika Roberts, Health Commissioner for Columbus Public Health. “However, we continue to receive complaints from residents that some businesses are not following these orders. We will be sending our teams out to investigate these complaints in order to protect the health and safety of our community.”

Columbus Public Health will not be weighing in on whether a company or workers are essential, only if the place of employment is in compliance with the order. Guidelines for Essential Businesses can be found at corona.ohio.gov.

“Businesses want to do the right thing, but may not know the full extent of the state’s social distancing and safe hygiene requirements. That’s why educating business owners and the public about how we slow the spread of COVID-19 is so important,” said City Attorney Zach Klein.

“Our ‘education first, citation second’ approach allows people to learn about the state’s order while still giving health officials and law enforcement the ability to issue a citation if someone refuses to cooperate.”

Interest in video games falls on a continuum; and if you’ve ever kicked back with a controller, you fall somewhere...