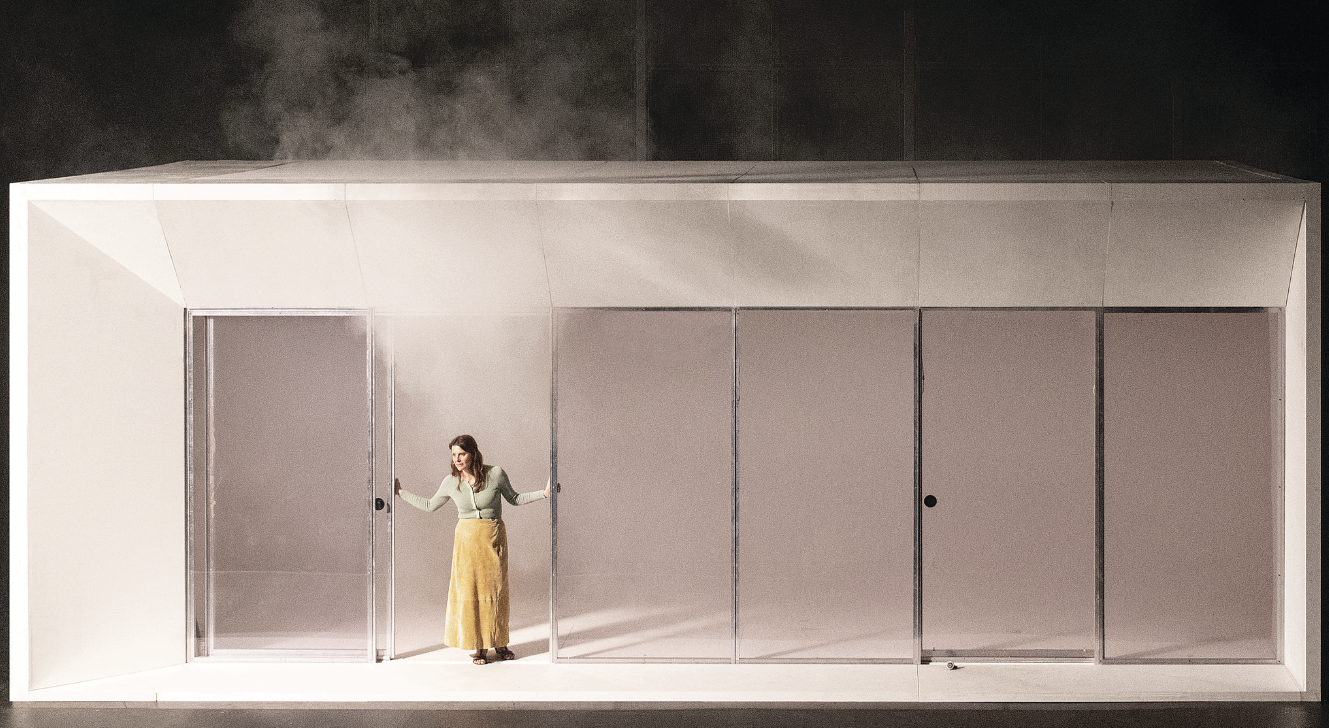 “We tell ourselves stories in order to live.”

So begins “The White Album,” the influential essay by writer Joan Didion in her 1979 essay collection of the same name. Fixed on the cultural and political scenes of the late 1960s, the essay touches subjects from the Black Panthers and student protesters to Jim Morrison and The Doors, to the Manson family, all through Didion’s personal, vulnerable approach to storytelling.

He first read “The White Album” in a high school English class and he’s re-read it countless times since, finding new ideas and meaning with time and life experience. Inspired by Didion’s words and the world of today, Jan and company recently completed a theatrical adaptation of “The White Album.” You can catch it at the Wexner Center for the Arts later this month.

Instead of dramatizing Didion’s essay, Jan’s work presents it in its entirety. The piece is read by actress Mia Barron against the backdrop of an onstage house party her character has just left, in which drinking, dancing, and kissing revelers are exposed to the audience through transparent walls.

The approach creates room for character investigation, but also for consideration of the eerie similarities between the activism of the ‘60s and the turmoil of 2018 America. Jan has even collaborated with modern activists to shape the final work.

As Jan explains, “I’m really interested in 2018 in relation to the late ‘60s and I feel like there are some very large cultural references we’re trying to bring out.”

You’re invited to join the party and think about the stories you tell yourself when The White Album debuts at the Wex Friday-Saturday, November 16-17 at 8 p.m.

Tickets for The White Album are $24, $20 for Wexner Center members and $12 for students. The Wexner Center is located at 1871 N. High St. on The Ohio State University campus. For more info, go to wexarts.org.