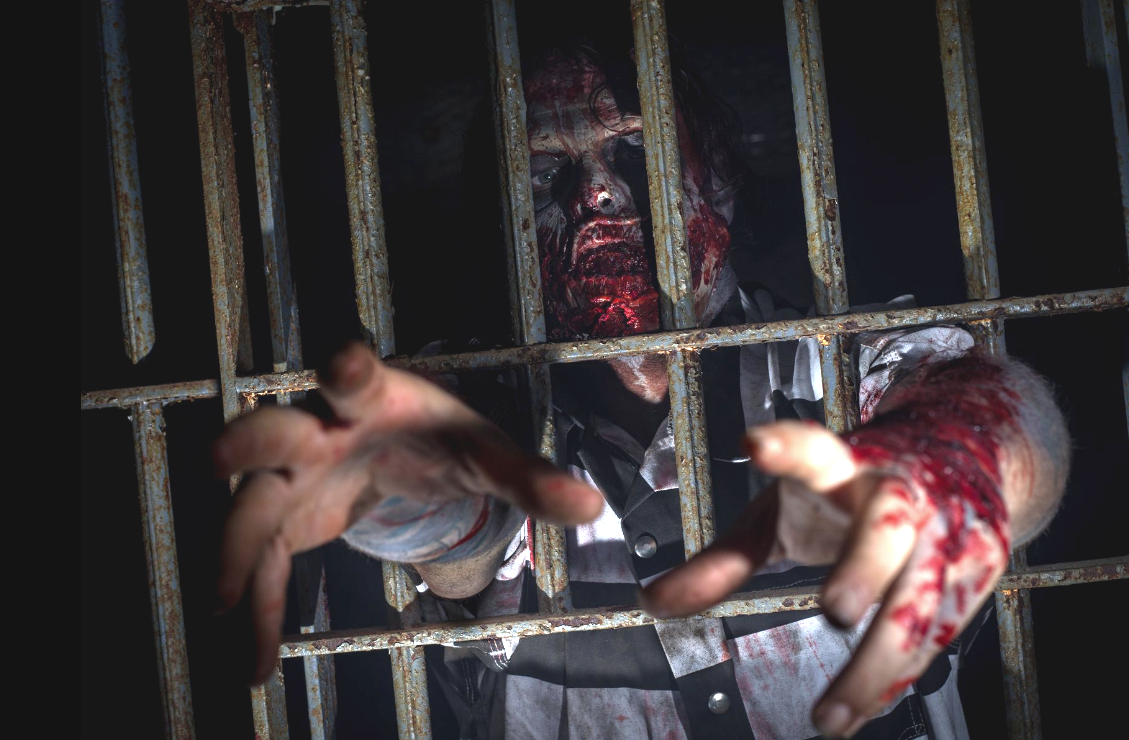 The Ohio State Reformatory, also known as the Mansfield Reformatory, has housed some of the country’s most infamous prisoners since its inception in the early 1900s. It was the site of The Shawshank Redemption and is believed by folks far and wide to wield restless spirits that have not yet crossed into the next realm.

This storied architectural masterpiece is also one of Ohio’s scariest Halloween attractions.

During October through November 3, guests who dare enter The Ohio State Reformatory will be met with an “unparalleled adrenaline rush” as they try to escape the Blood Prison.

Scroll down to win tickets!

More than 60 creepy clowns, deranged inmates, and undead psychopaths lurk through the halls of the 123-year-old “haunted hellscape.”

“Violent men were kept here, and some never left—even after death,” reads the haunted attraction’s website.

And if you think you’re going to pass on the thrill because you’ve survived it before, you’re dead wrong.

According to Haunt Manager Vic Amesquita, the 2019 Blood Prison is a far blood-curdling cry from years before. There’s outside entertainment from Hellzapoppin Circus Sideshow, new set pieces, and brand new scares.

Nothing can prepare you for what waits in the darkness of the haunted reformatory. Are you brave enough to escape Blood Prison?