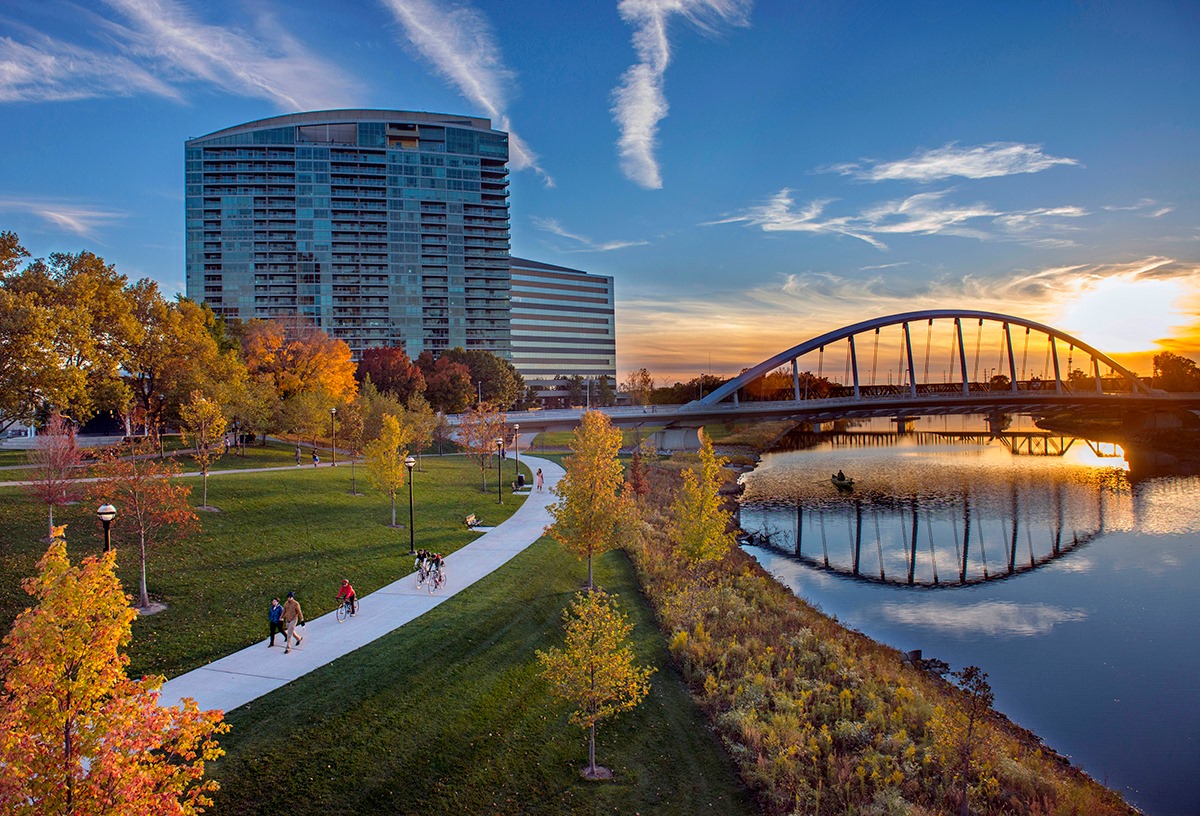 Columbus is no stranger to receiving attention from publications outside the 270 loop and even the great state of Ohio, but the recent review from the Pittsburg Post-Gazette is particularly glowing.

“Columbus, a college town with capital-city ambitions and a bevy of trendy food destinations, bars and microbreweries, and cultural destinations, is located about 180 miles west of Pittsburgh on Interstate 70, making it a good candidate for a weekend jaunt,” wrote Anthony Conroy of the Pittsburg Post-Gazette.

The AIMExpo, a national motorcycle and powersports convention, brought Conroy to the city, but he stuck around for attractions in German Village, the Scioto Mile, Short North, and Downtown.

Conroy, in awe of the neighborhood’s “tall church steeples, quaint storefronts, coffeehouses and cobblestone streets,” paid a visit to The Book Loft, Pistacia Vera, Schiller Park, and Schmidt’s Sausage Haus. He seemed particularly impressed by the immense size of both The Book Loft and Schmidt’s cream puff.

Referred to as “the perfect escape,” Conroy was able to take in the “best views of Columbus’ skyline” and visit the National Veterans Memorial along the Scioto Mile. Also in the Downtown area, the Pittsburgh Post-Gazette writer ate at the North Market, swung through Dirty Franks for a dog, and mesmerized at foliage and glass artwork from Dale Chihuly inside the Franklin Park Conservatory and Botanical Gardens.

“Like [Lawrenceville and South Side], Short North also has an artistic spirit, with public art displays, murals, galleries and even a colorful parking garage,” wrote Conroy. He also made note of its “trendy food and drink destinations” and scooter-littered streets. While he was in the area, Conroy visited the “kind folks” at Seventh Son for some samples of its “proprietary brews.”