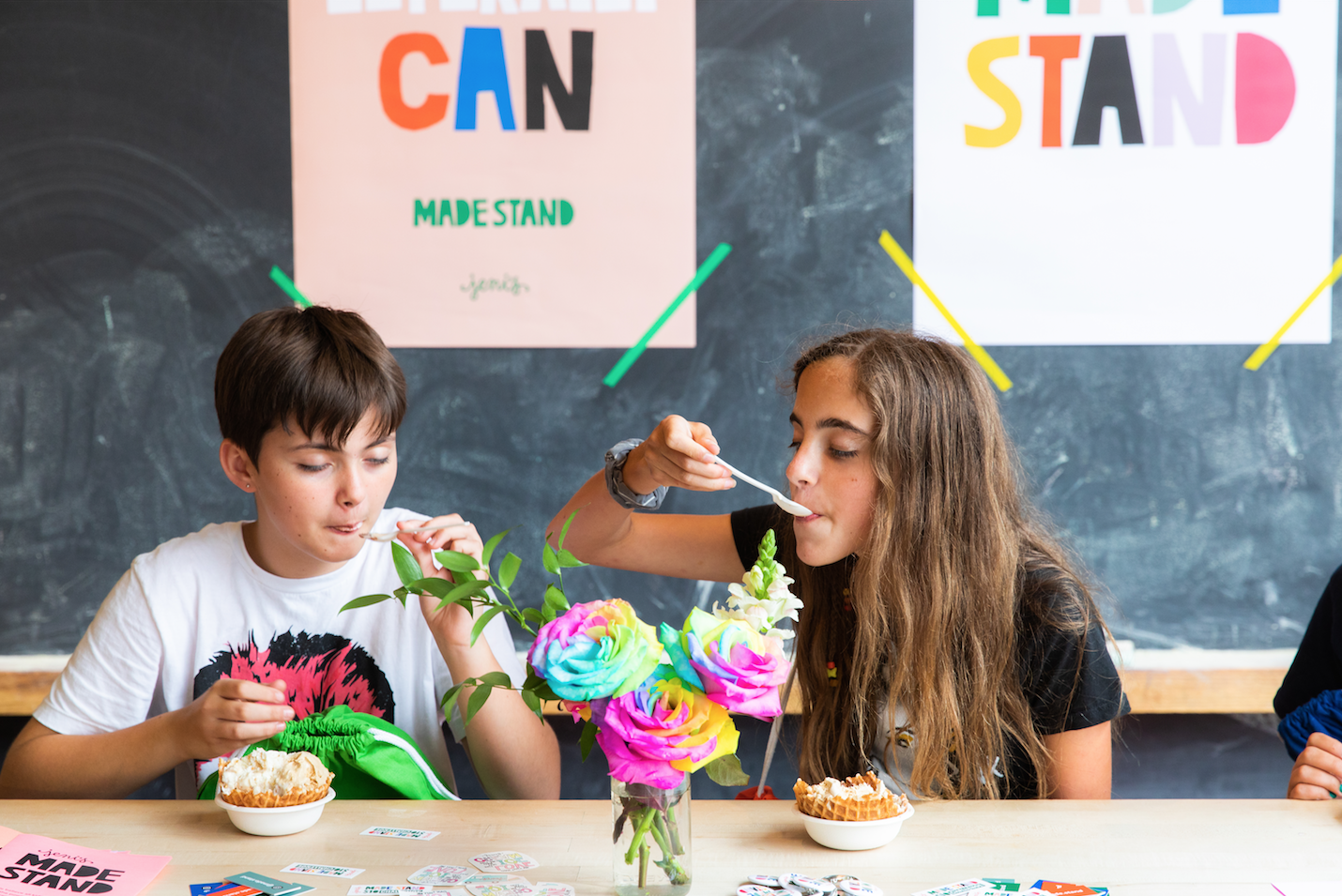 Long before she was famous throughout the United States as the face of her James Beard award-winning brand of expressive, artisanal ice creams, Jeni Britton Bauer cut her teeth selling another kind sweet treat: homemade pixie sticks.

“I actually managed to sell a lot of them,” Britton Bauer said. “As a kid in middle school, I never got an allowance, so I would borrow money from my dad’s change jar and buy Kool-aid and sugar, and mix them together in straws. We would even come up with different names for the different colors.”

And while a clandestine pixie stick operation headed by middle schoolers (one of her many youthful hustles) doesn’t equal the scope or prowess of the ice cream empire Britton Bauer has established with Jeni’s Splendid Ice Cream, she believes this young flair of entrepreneurship is critical to cultivate in the younger generation.

“For me, entrepreneurship is a lens I see the world through. When a lot of these programs geared toward younger people talk about entrepreneurship, they only talk about business, but there’s so much more to it than that. Forget pitches; forget what you’ve seen on Shark Tank,” Britton Bauer says, stressing that the entrepreneur embraces his or her image, passion, drive, and creativity to latch on to something they love or can do well. “I want to make sure kids are taught to see the world through this lens before they get too old.”

And to achieve this goal here in Columbus with its youth, the company is launching a first-year program this summer, entitled Jeni’s Made Stand. A reference to the all-American, by-the-bootstraps lemonade stand, the initiative challenges local youngsters to turn $10 into $100 dollars, by crafting and selling anything they’re interested in or that they can create. There aren’t prizes or strict guidelines, but Britton Bauer believes pushing kids to engage in the project will stoke their entrepreneurial fires.

In her important bid to redefine entrepreneurship, especially for a younger generation of budding and potential talent, Britton Bauer also extended a set of refreshing views about money and the power of self- motivation.

“I think there’s a misconception about money. Yes, it’s important, but it isn’t the most difficult resource to acquire, or the most important,” she says. “Things like perseverance and creativity can be harder to come across and a lot of times are more useful.”

The program encourages participants throughout the city to engage with her and Jeni’s via social media, particularly Instagram. This allows Jeni’s to not only see the progress kids are making, but it also affords the youngsters a chance to be seen and feel appreciated. Britton Bauer may even take the steps to visit some of this Summer’s Made Stands in action, but she also noted that this may have to wait until next year. The initiative might eventually spread to other cities and states in the future as well.

And if the project seems a bit undefined at first, that’s because in some important ways, it is. “There aren’t a lot of rules, and we wanted to keep it that way on purpose,” Britton Bauer says.

This open-ended approach to the Made Stand should in no way be considered negatively. It’s just another facet of her dynamic, iconoclastic views on business and what defines success. And we should be listening.

Where so many successful con-temporary businesses are meticulously concerned with public image and appearing perfectly polished and complete, Britton Bauer is embracing a project that’s still evolving and figuring itself out, and she owns this. She’s eschewing optics for progress; she wants her business to help, and that, more than anything else, is apparent. In fact, she prefers the term “company” over “business,” as the former implies a working, breathing community.

And ultimately, this is what the Made Stand is about: community. It’s about helping the future generations of Columbus harness their own capabilities, some that many of them didn’t even know they had.

“It could be anything; you could start with $75 borrowed from your parents and finish with a lot more. It’s about getting young people started here in Columbus.”

If you would like to try your hand at entrepreneurship and start a Made Stand, visit jenis.com/madestand.