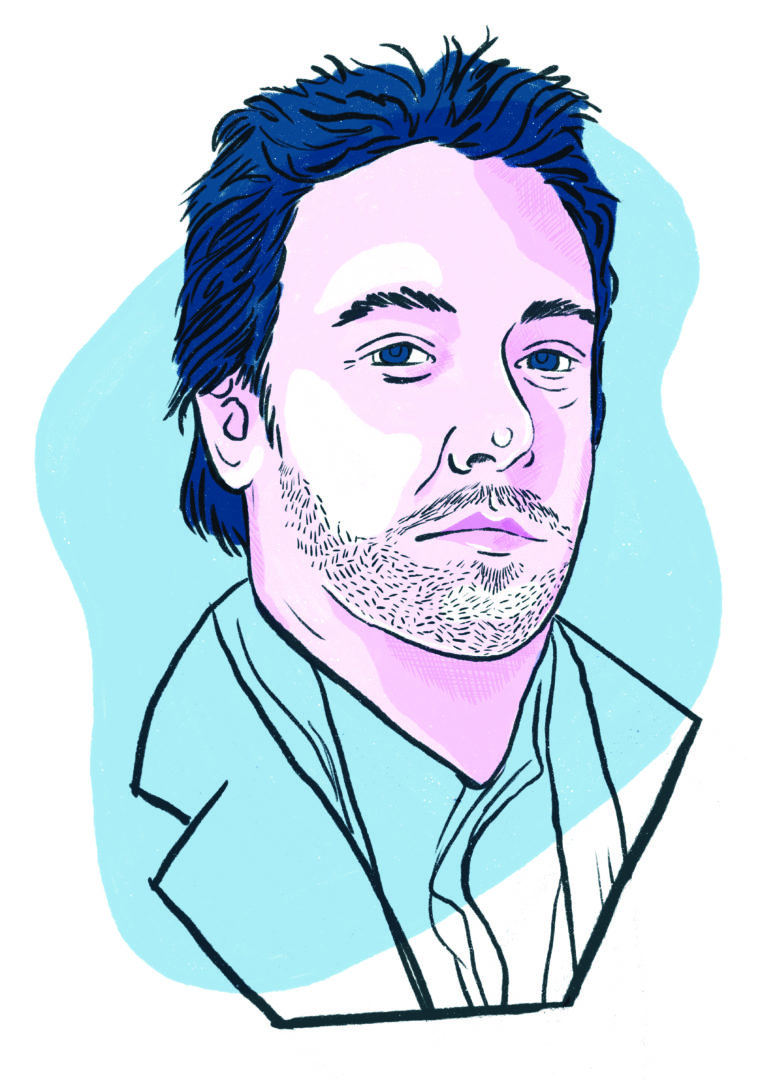 Have you been to “12 best new restaurants in Columbus?”

If actors are fortunate, they’re remembered for one film that epitomizes the angst, anxiety, and aspirations of a generation. John Cusack has a career full of them. From cult to iconic, acclaimed to obscure, it’s perhaps impossible to overstate his influence or put him in a box.

Indelible ensemble performances in Sixteen Candles and Stand by Me, along with leading roles in The Sure Thing and Better Off Dead, earned Cusack an early reputation as a relatable and reliable talent just as the prospects for many of his teen comedy contemporaries were flaming out after puberty.

Then came Say Anything, which remains the anthem for every misfit who’s punched above his weight, and every girl who’s fallen for the one guy her friends and parents were quick to dismiss.

Cusack could have quit at the end of the credits and we’d still be talking about Lloyd Dobler and his boombox 30 years later. But instead of subpar sequels, he offered a second act we rarely see—one built on personal passion, purposeful projects, and the crisis of conscience that closely parallels the teen rite of passage that could have easily typecast him into oblivion.

“I had the luxury to work in film when it was a little less corporate. People who ran the studios were individuals. They would have a portfolio they’d take to shareholders and say, ‘Here are our tentpole films,’ ” Cusack explained. “But they had six or seven movies a year they would give to artists they liked. I got to make Grosse Pointe Blank and High Fidelity, Spike Lee got to make Summer of Sam, and Wes Anderson got to make Rushmore. It was because of the tastes of a guy named Joe Roth who ran Fox, and ran Disney. We never had to beg for money, and we never had to protect the cuts.”

Even if not for Roth’s old school style and reluctance to treat test screenings as more than just another metric, Cusack also wrote and co-produced Grosse Pointe Blank and High Fidelity. Wearing multiple hats in Hollywood doesn’t always mean you get your way. But at the time, Cusack’s artistic vision and authority on both films were nearly absolute.

“I sort of bridged the gap between the 60s and 70s filmmaking culture and from about 2000 on when the film companies became a very, very, small fraction of multinational corporations,” he recalled. “All I had to do for those movies was tell Joe, ‘We’re going to shoot this in 48 days.’ I wasn’t going to go a day over schedule or waste any of his money. We didn’t have to deal with financiers or studio interference. I never felt like any film I made with Joe was compromised artistically. It was a different era.”

Cusack has an impressive history of prophetic films that seemed to predict everything from the rise of mixed martial arts to the renaissance of vinyl records. And even though politics can be polarizing, his films never shy away from them.

“But I’ve always been pretty consistent about needing to say what you feel and the need to put provocative stuff, dangerous stuff into art.”

Have his outspoken opinions closed some doors, or opened others? If so, he hasn’t noticed, and doubts any such differences or decisions run that deep. Much like his earlier characters, Cusack still isn’t worried about winning a high school popularity contest or becoming prom king.

“Hollywood financiers have become far more shallow and the ethics are so transactional, I don’t think people pay attention long enough to consider politics as much as what’s hot right now,” he opined. “But I’ve always been pretty consistent about needing to say what you feel and the need to put provocative stuff, dangerous stuff into art.”

Cusack’s characters are often an everyman at odds with the status quo, though he can still pull off the affable anti-hero—as a serial grifter, a contract killer, and a political assassin. But Cusack is also an underrated chameleon, having transformed into a surprising range of real-life characters, from Nelson Rockefeller in Cradle Will Rock and Edgar Allan Poe in The Raven to Richard Nixon in Lee Daniels’ The Butler and Brian Wilson in Love & Mercy. Inhabiting someone else’s skin is a challenge and responsibility he doesn’t take lightly.

“You immerse yourself in a character. Obviously Edgar Allan Poe and Richard Nixon aren’t going to give you any notes. But I hope the real-life characters I’ve played represent the essence of them, the spirit of them. You don’t want to do a literal imitation, but you hope you capture some part of them that’s eternal.”

With the advent of streaming services and digital downloads, Cusack’s earlier work is connecting with new fans, often the children of those who came of age in the 80s and 90s. And though some actors may cringe at the prospect of their earlier endeavors becoming easier to find and effectively lasting forever, the timelessness of Cusack’s films, old and new, still rings true.

“There’s a great story about one of my favorite films, Sweet Smell of Success. It came out and got savage reviews. People can’t see new art when it comes out. So it sat on a shelf until someone at WGN said, ‘We have this Burt Lancaster/Tony Curtis movie. Why don’t we start playing it?” It got a cult following being screened at 10 o’clock or midnight on,” Cusack explained. “Then Barry Levinson had one of the characters in Diner quoting from the movie all the time. It finally started to get looked at again, and it’s a classic. It’s easily considered Lancaster and Curtis’ best work, but it was gone for 30 years. Now, you can’t kill a film. No matter what you do to a film, it’s going to find its audience sooner or later.”

CAPA will be presenting a live Q&A with John Cusack following a screening of High Fidelity at the Palace Theatre on February 15. Visit www.capa.com for details and ticket information.