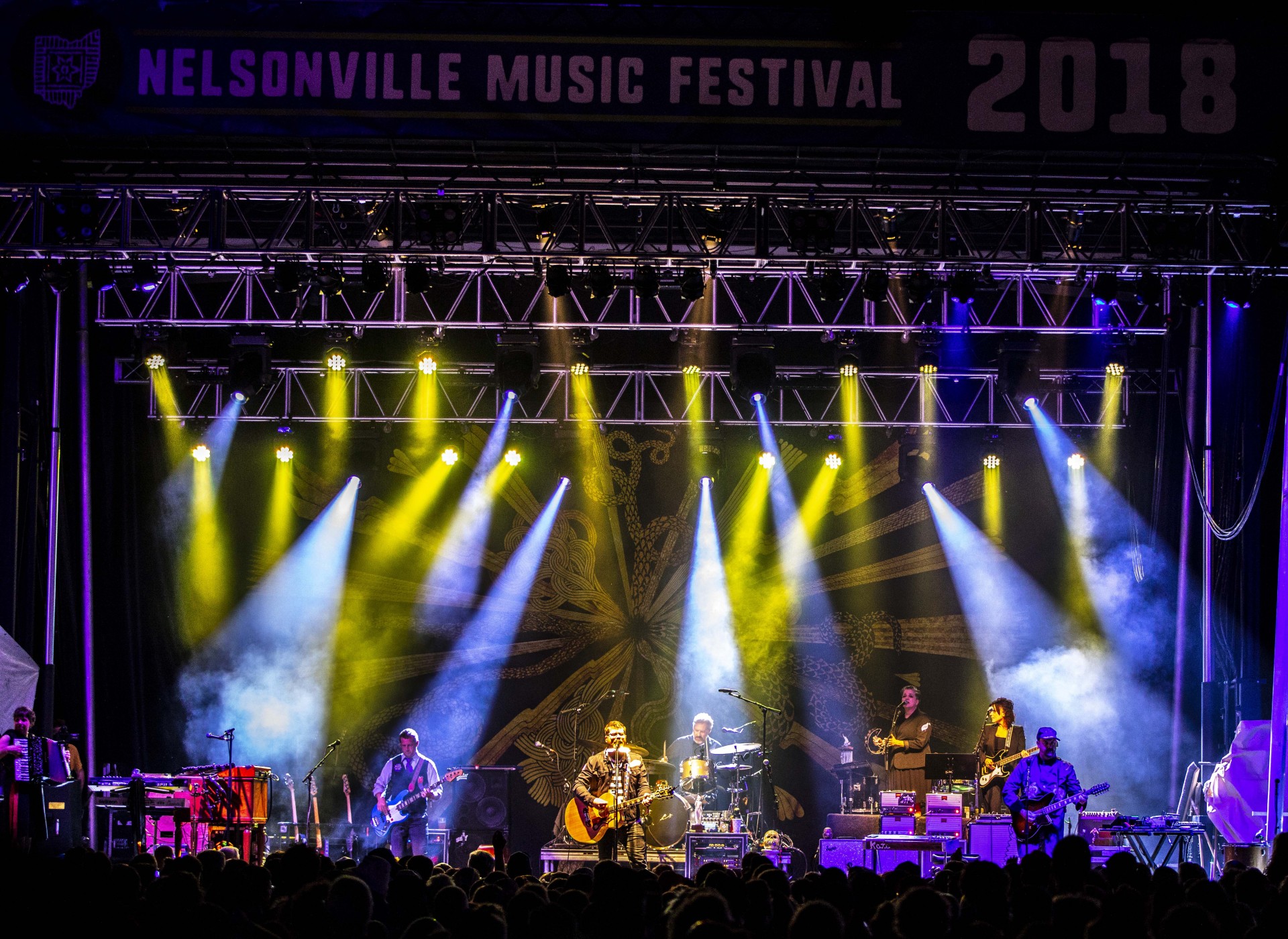 In the last five years, the Nelsonville Music Festival organizers, Tim Peacock, Brian Koscho, and a small but dedicated staff, have made great strides in creating more than just a party in the hills. They’ve expanded the whimsical kids area, increasing the likelihood families can attend with little stress. They’ve added the coveted Boxcar Stage, which was free to all, including those who don’t have admittance to the concert grounds at Robbin’s Crossing in the idyllic Hocking Hills. And just last year, there was a skate ramp among the revelers.

I’ve often commented that the type of festival the Nelsonville braintrust produce is as close to a “utopian” experience as one can conjure in the confines of a four-day gathering of the tent-dwelling unwashed. Much of that consistency—and experiential overload—comes in the original intention started 15 year ago, when Nelsonville was a one-day event to raise funds for the historic Stuart’s Opera House.

“One of the reasons that has kept us going and moving forward is our approach,” says Koscho. “With Stuart’s being so involved in our community, and it being non-profit, our approach is unique. It’s not a right or wrong thing compared to other festivals. Whatever money we make goes right back into the arts and the education programs that run through the opera house. What people are doing when they are supporting this party, by buying a ticket, or camping, or even buying a beer, is that they are supporting something in the region that is much bigger than the festival.”

To that end, it’s hard to tell where the Stuart’s Opera House ends and the Nelsonville Music Festival begins. They exist in a symbiotic relationship supporting each other. With Stuart’s being the sole producer of Nelsonville, there’s never been a chasm in leadership, a change of vision, a Doritos Loco or Monster Energy stage, or a feeling of ownership by anyone but the small-knit group of locals who started the fest—and those who make the pilgrimage.

“The community has grown up with the fest,” says Koscho.

It’s become ritual, a tradition like no other. The intention is almost sacred. Take solace in knowing those who run the fest have the same sentimentality for the weekend as the paying public. Above all else, Nelsonville is about the music, and particularly about discovering music you never expected to see. Though 2019 boasts one of the more popular line-ups in years, including The Breeders, Death Cab for Cutie, and a return from the legendary Mavis Staples, it’s those bands unheard before the weekend who charm and surprise and make the festival unique.

“When you talk about discovery and trying new things, our headliner for Thursday, Tyler Childers, is getting bigger by the day,” says Koscho. “He started here two years ago on the Boxcar Stage and played to about 45 people, and now he’s selling out three night stands at the Louisville Palace, or the Ryman, and moving into that huge Americana world.”

Hoping those memories continue for this year’s more eclectic middle-range of the line-up, Koscho is personally psyched for crowds to witness the gospel soul of Washington D.C.’s War and Treaty, the all-female mariachi of Flor de Tolaches, or the “indie mambo” of Arizona’s Orkestra Mendoza.

Needless to say, 15 years on, Nelsonville may not be growing physically, but it is expanding in ways most music festivals take for granted. And because of that intentionality, you’d be hard pressed to find a more magical musical experience this summer. •