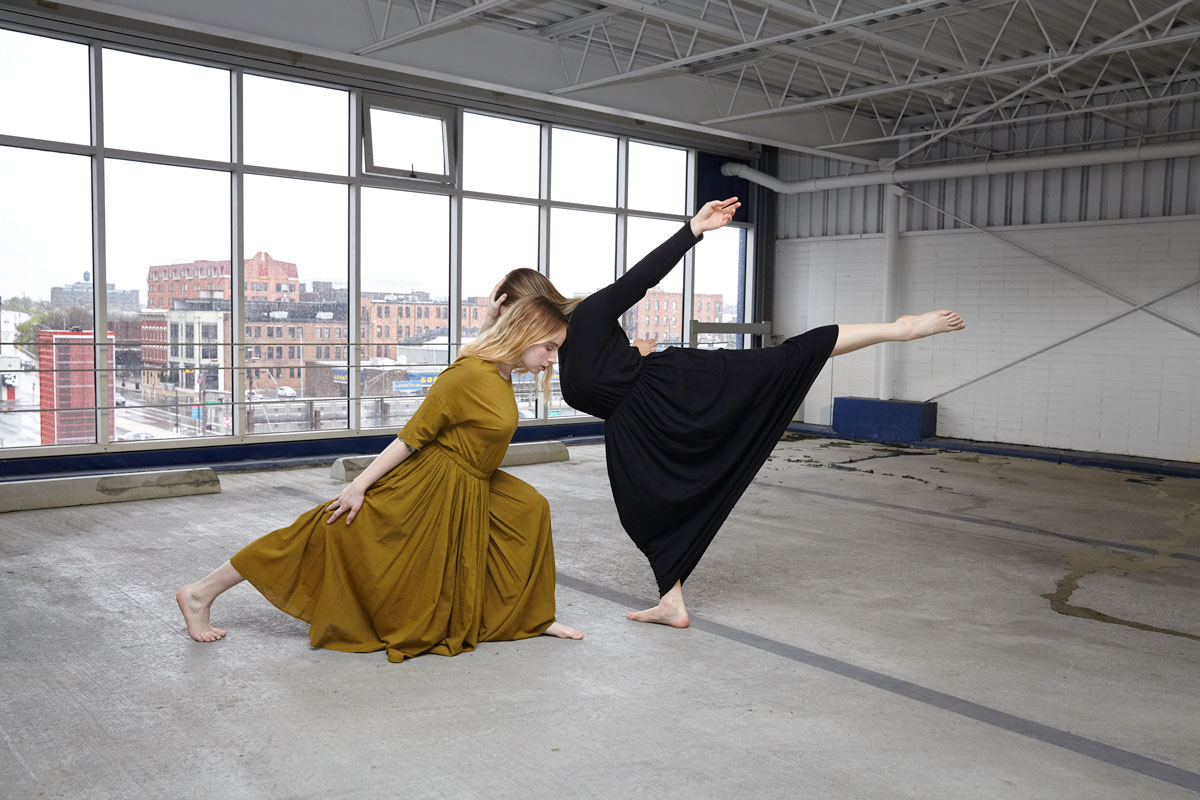 A central Ohio landmark could be yours for just $4 million

The first time I met Hana Newfeld was on a warm September day on the 5th floor of Park-Stradley Hall. It was freshman year at Ohio State. She was a dance major from New Jersey and I thought that was so cool.

Six years later, we reconnected in a Clintonville-area dance studio and guess what, I still think what she’s doing is cool.

Newfeld and her partner Chloe Napoletano—also a fellow class of ‘17 Buckeye—were busy preparing for a performance of their original piece called “When you came back, I was sleeping,” at the Ohio Dance Festival which took place at the end of April. We met at FLUX + FLOW Dance and Movement Center where the pair rehearse. I sat cross-legged and looked on as the dancers ebbed and flowed, pushed and pulled, intertwined and unwound across the wooden floor. Though petite in size, their bodies completely consumed the studio, not only with their physicality, but with their sentiment. The performance was equal parts grace and power—altogether emotive and intimate.

“This dance doesn’t have a story or a message,” explained Napoletano. “But, we’re cultivating a mood and a tone.”

“When you came back, I was sleeping” is set to a beautiful piano ballad that emulates the dimensions of the dance. The softer parts are sleepy like a lullaby. But, there are more tumultuous parts that feel like you’re being tugged out of a dream.

“Though dreamlike and otherworldly, this work finds its earthliness in an exploration of human relationships and tenderness,” reads an artist statement from both dancers.

The show was a bit of a homecoming for the dancers as the festival was held at Sullivant Hall, the very venue they danced time, and time, and time again as Ohio State students. Unlike so many of their classmates who took their talents to bigger cities after college, both Napoletano and Newfeld chose to stick around post graduation. They’re so glad they did.

“We were both very lucky to have graduated from OSU when we did. It’s a really good time to be a dancer in Columbus,” said Napoletano.

Newfeld could not agree more.

“One of the many things that I just adore about Columbus is that everybody is so conscious of supporting local everything: food, music, art, shops, vintage. It’s all very tightly knit. I feel like we have an army behind us every time we go and do something.” Newfeld said.

What does Napoletano adore about Columbus?

“Rent is cheap!” said Napoletano. Both women laughed, but they wholeheartedly concur.

Most importantly, though, Napoletano and Newfeld are endlessly thankful for their predecessors—like the directors of their dance company SeaBus (Kelly Hurlburt and Josh Hines) —who worked tirelessly to pave the way for the Columbus dance community before them.

“We’re lucky to be riding this wave of momentum in the community that is waking up to dance in Columbus,” said Newfeld.

Other than the supportive city, affordable digs, and hardworking forefathers and foremothers of dance, Newfeld and Napoletano see their foundation of friendship as imperative to the success they’ve had in their careers. Their years-long repertoire has helped them read between each others’ lines and know what’s working and what’s not without a word’s notice. They’re not concerned with impressing each other or feeling embarrassed, but rather, creating a trusting and respectful space for idea sharing, experimentation, and fun.

“She helps me be who I am,” said Newfeld of Napoletano. Napoletano closed her eyes, nodded, and snapped in agreement.