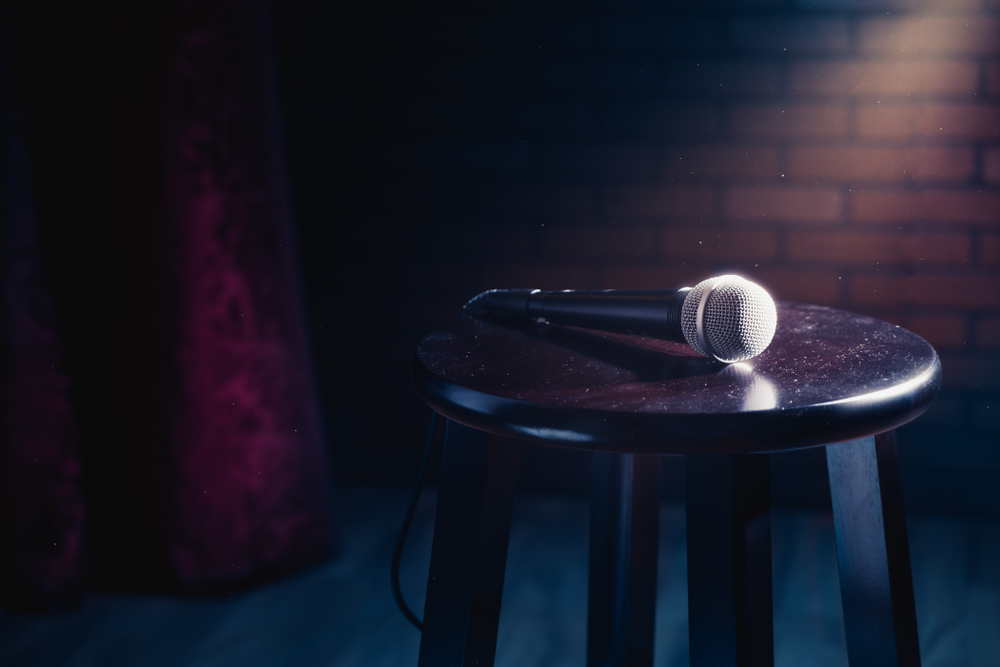 So Fetch: Beware the Plastics as Mean Girls comes to Ohio Theatre

The “secret show” model has proven a hit with music fans in Columbus and beyond. Now, one enterprising producer is bringing the city’s top standup comics together for curated, exclusive engagements in a top-secret location.

“I had been working with the local music scene for around 3 years. There are certain comedians that overlap with the music scene, so I knew something was happening there—I just had no idea how huge it was. I had no idea how many amazing comedians there were,” says Mel Millimen, the mind behind Lampshade Media—an upstart media brand that showcases the Columbus comedy scene through a podcast and monthly live shows.

“I started going to more comedy shows, and I was just blown away by how great a time I had, how much I laughed, and how amazing the talent was. I definitely wanted to talk to these people,” Millimen explains regarding the origins of his podcast, Lampshade Media Presents, in which he plays host to some of Central Ohio’s top comedic performers.

Soon after the launch of the podcast, Millimen was inspired to share his love of local comedy through exclusive live performances in a top-secret location. While the subterfuge of the secret show adds a layer of intrigue, there are practical motivations at work as well.

The “super secret” location of Lampshade Media Presents: Live! (as the performances are called) is Millimen’s suburban living room, transformed into a comedy venue complete with seating for around 20 guests and a makeshift stage. This controlled environment is ideal for recording the live performances for later use in the podcast.

Admission to the show is $20 per guest, with all funds given directly to the evening’s performers. If that sounds steep for a comedy show in a stranger’s living room, fear not: the ticket price also includes beer from sponsor Platform Brewing, and a meal from the Paddy Wagon Food Truck—not to mention the entertainment, which consists of three comics per show with a rotating cast of notable emcees.

So far, Lampshade has hosted a who’s-who of local talent such as Wonder Doug and Amber Falter. The next show is scheduled for November 8, and will feature the comedic stylings of comedians Angie Healey, Peter Brieck, and Becky Brown.