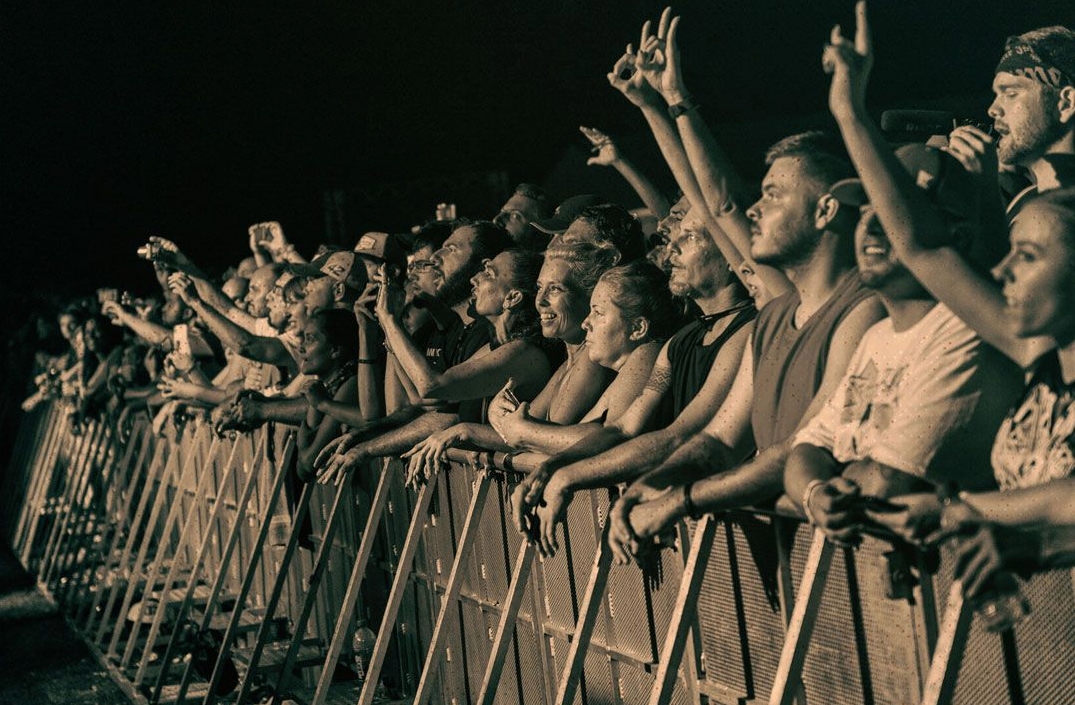 Since 2007, Mapfre Stadium has come to symbolize much more than being the home of the Columbus Crew. By most accounts, more people know the venue as a monument to rock. Especially the weekend warriors, who, tattooed and clutching tallboys, have descended upon Mapfre for Rock on the Range—which has faithfully adhered to a program of aggressive metal, emo-punk, alternative nostalgia, and Tool.

But this year will be different, and the organizers in charge want the world to know that the Sonic Temple is not a replacement for Rock on the Range. On the contrary, Sonic Temple is an entirely different beast, one that shines on even more summits in the “rock” world that wouldn’t fit into the previous format.

“What I love about Sonic Temple is the unique diversity. From Andrew Dice Clay to Pussy Riot, from Foo Fighters to Lamb Of God, it’s truly the spectrum of all things rock-n-roll,” says Gary Spivack, executive vice president of Danny Wimmer Presents, the producers of both events. “There’s something that just happens when those Mapfre stadium doors fly open and the thousands upon thousands of true and real rock-n-roll diehards storm through the turnstiles—it’s like no other.”

In this new design Spivack and his crew seemed determined to be more inclusive, welcoming both the anti-P.C. comedy of Dice Clay and the revolutionary romp of Pussy Riot is destined to cast a wider net.

Beyond music, Sonic Temple touts “art” as a counter to the music, a spoken-word tent featuring the aforementioned radical politics of Pussy Riot and alternative nation’s angry prophet, Henry Rollins. Heralded international cult bands, like the Hives and Refused, old-timers still relevant, like Joan Jett and Mark Lanegan, and headliners including System of a Down, present a smorgasbord of options, not unlike the Lollapalooza spectacles of the ‘90s.

While the aggro-tendencies of Disturbed and Papa Roach still get top billing, there’s a sense that the echoes of nu-metal are finally starting to fade in Sonic Temple’s overall curation. Sonic Temple’s drive for a full “rock” experience, in a time when the cultural zeitgeist is screaming “rock is dead,” is refreshing.

Like Rock on the Range, Sonic Temple will still be a grind with little chill, no room or space or time for quiet, and that’s inherently what attracts the throngs. It’s a big-top that continues to sell-out, year after year.

“Mapfre Stadium truly gives this festival that iconic American stadium-rock feel, that feeling that so many of us got to experience growing up,” says Spivack of Sonic Temple’s niche. “You get the classic stadium rock experience that one gets inside the beautiful madness of Mapfre.”

Just as everybody’s got a skull, we’ve all got a preference as to what defines a good festival. Who knows? The Dark Star Jubilee in Legend Valley could be your thing? I’m game. Choose wisely.

Sonic Temple debuts the weekend of May 17-19. Visit sonictemplefestival.com for tickets and more information.