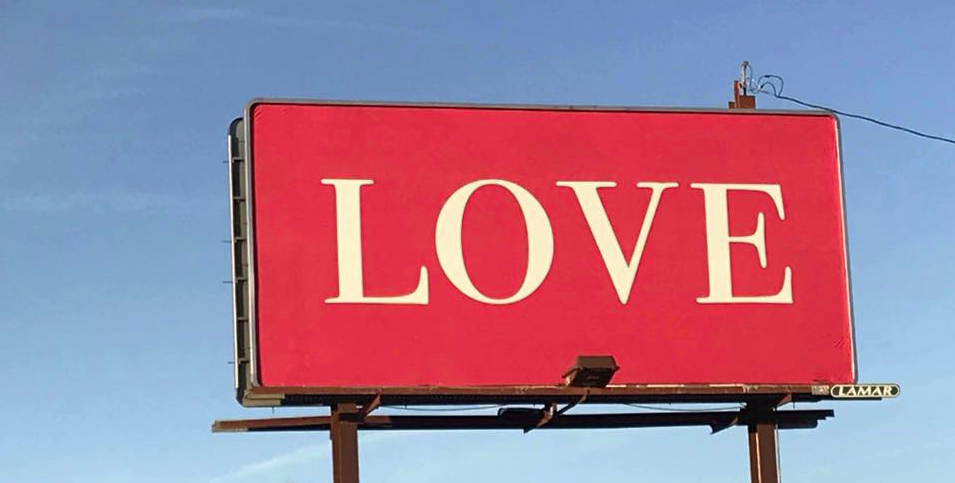 Four little letters have the power to effect change, bring the world closer together, and even simply bring a bit of joy to someone’s day. That’s the meaning behind the Love on Every Billboard campaign that’s beginning to spread through Columbus.

On Tuesday afternoon, a plain red billboard with “LOVE” written in white letters was erected along Cleveland Ave between Long and Spring streets.

Love on Every Billboard founder John Pogachar started his simple mission in Washington in October 2018. Now, there are more than 20 love billboards across the country.

“He started this movement with a goal of changing the world through actions inspired by one word – LOVE,” reads the Love on Every Billboard Facebook page.

To help support Rosu in spreading love across the city, visit the GoFundMe page. Learn more about Love on Every Billboard here.