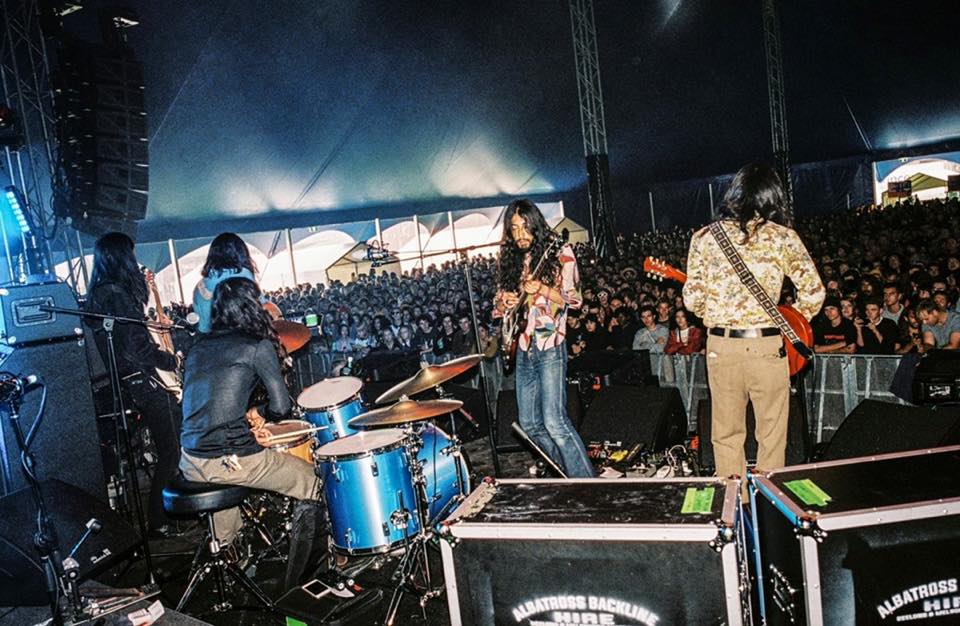 Let’s face it. The large-scale music festival is synonymous with summer, or like Coachella or Primavera Sound in Spain, at least associated with warmer climes, little clothing, and sunshine. But a music festival in the dead center of winter? On a Sunday night no less? While it might not be an ideal situation, or a recipe for success, it’s something that Tim Peacock, the founder of the Nelsonville Music Festival, and Bob Miller, of Archie Fox

Live, hope to pull off this month with their inaugural Melted Music Festival—an all day celebration of psychedelic rock and art.

“For as long as Tim and I have been friends, which has been over ten years now, we’ve thrown around the idea of wanting to put together a psych fest,” says Miller. “We are both huge psych rock fans. The big fests that people think of first are Levitation in Austin and Desert Daze in California, and we saw a niche for something like that here in the Midwest.”

Choosing February was fortunately a decision that came with convenience. Headliner Ty Segall—perhaps the most prolific garage savants in the world right now—is someone who has never graced a Columbus stage before, someone Miller has been trying to book for years…and just happened to be available. The obvious choice then was to build a festival around this wealth of luck. When the duo started eventually spitballing other acts who would fit the Melted line-up, the stars aligned, quite literally, and the festival was born.

“For some bands and agents, it’s perception,” says Miller about the assumed flyover stigma of Columbus when bands map tours. “Our geography can help us, but it also hinders us. We do benefit from being within a couple hours drive from a lot of different markets, so a lot of people who like this type of music can make the trip.”

In addition to Segall, who will be playing alongside White Fence for this appearance, Melted boasts sets from perennial Atlanta raga-punks the Black Lips, the pastoral folk-psych of Heron Oblivion, a rare American performance from Tokyo’s sprawlingly potent Kikagaku Moyo, and the beach buzz of Cherry Glazerr. The incredibly spastic Deerhoof from San Francisco should provide a highlight in the middle of the day, but if they’re not your forte, Melted will also include a record and poster show to provide a diversion. Cleveland’s Ma Holos and locals DANA, get things started early.

Given Peacock’s Nelsonville brand and Miller’s myriad past fests in Columbus—Sick Weekend, Helter Swelter, the annual Rock Potluck—Melted will certainly turn the confines of the Bluestone into something else entirely. It will be a full-day experience, another cultural notch, or just a fine example of how the city is becoming a more desirable place for bands to land. Miller’s taken that chance many times before.

“In a lot of ways, concert promotion and putting together a festival like this is a lot like legalized gambling,” says Miller jokingly. “You’ve got to make the math work, you’ve got to have the chutzpah. It’s difficult to articulate, but the bigger the risk, the better the reward.”

Hopefully, this is just the beginning of an annual tradition. Why can’t we make the winter work for us? There seems nothing more Columbus than trying to make a festival a success in the bowels of our icy hell, especially if it involves a cool light show, tons of reverb, and an infinite amount of searingly wild guitar jams.