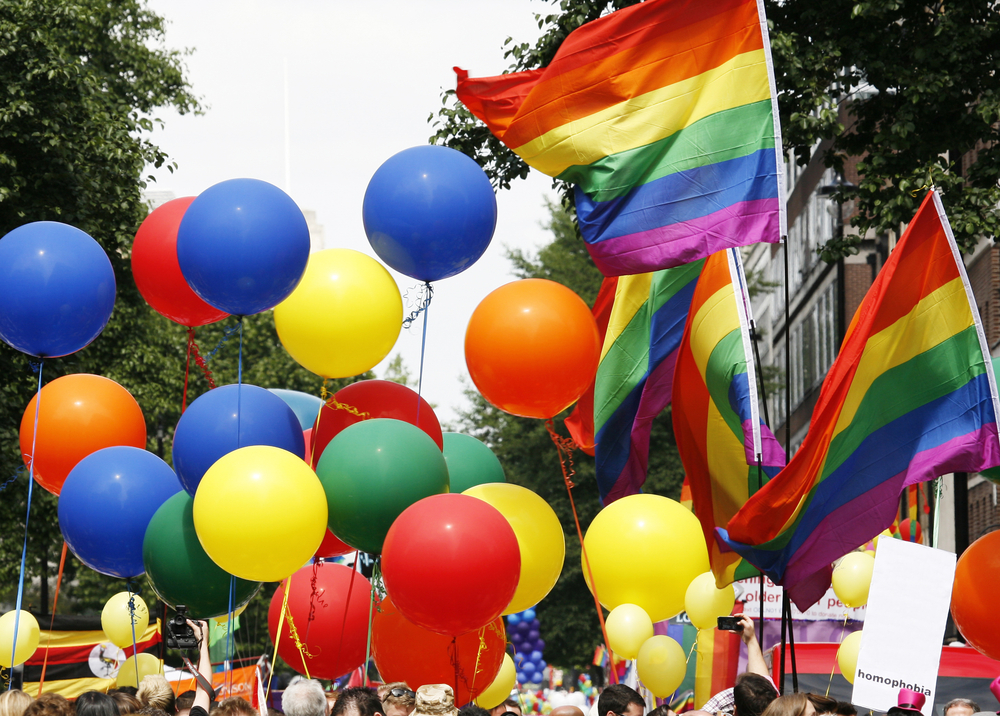 Columbus might be viewed as a cornfield in the Midwest to the rest of the world, but what they might not know is we have the third-largest Pride celebration in America, giving major cities like San Francisco and New York a run for their money. In way of celebrating all the city is championing this month, this extended calendar is your guide to Pride with art exhibits, parades, festivals, and so much more for you to sink your teeth in.

Pride At The Wexner Center For The Arts

The Wexner Center For The Arts will be featuring two artists whose work touches on LGBTQ+ lives. Starting June 1 until September, Alicia McCarthy: No Straight Lines will be on showcase where her abstract takes on punk and queer subcultures is highlighted through various styles of media such as graffiti and found or recycled items. Additionally, Barbara Hammer’s work will also be on display with Sensual Bodies on June 13 which features her experimental abilities. Just a short week later, another variety of Hammer’s work, Political Bodies, will be shown. Of the different works in the 100-minute video compilation is Would You Like To Meet Your Neighbor?—an exploration through hidden queer histories.

Even before parade festivities kick off on Pride weekend, you can get the party started at one of campus’ most popular event spaces for a party raging from 9 p.m. Thursday night to 2 a.m. Friday morning. Join hosts Karin and Skyler and hit the dance floor for an LGBTQ+ DJ lineup that includes Kandy, Cristy Lawrence and Skyler Madison. Tickets are just $10, so get yours quick.

What other Pride event offers the opportunity to bump shoulders with a Grey’s Anatomy star? Join the hit show’s Ohio-born Jake Borelli on the breathtaking rooftop bar at Brewdog’s Franklinton location for drinks and dancing. The Tea Dance is a reference to secret afternoon speakeasy meetups among the LGBTQ+ community in the 1950s and 1960s, but make no mistake, this event is all about letting your pride be seen and heard from the highest reaches of downtown.

At Axis’s 18th annual Unity Ball, you can have a blast celebrating Pride without feeling guilty about the money you blew through when you wake up hungover. The last 17 years of the event have raised over $1 million for local charities and LGBTQ+ civic groups. The $20 tickets also include admission to Dragapalooza, making this one of the hottest tickets in town over Pride weekend.

We know you’ll be getting hammered for Pride weekend, so why not start your Sunday recovery by getting some quality food in your system. Brunch will be served from 11 a.m. to 1 p.m. at the Convention Center while Andrew Levitt, aka Nina West, will be honored. Levitt, a Columbus-native, placed sixth on season 11 of RuPaul’s Drag Race. What better way to wind down Pride than a hearty meal and the chance to meet a local celeb? •

Pride Throughout The City

Of course, the big celebration that rivals NYC is Stonewall’s Parade on June 15 which steps off at Poplar Ave. and High St. Furthermore, you can join in on the fun on June 14 and 15 with Stonewall’s Pride Festival at Bicentennial and Genoa Park. But what’s a party without an afterparty? The official after-party for both days of Pride this year is hosted at Ms. Vikki’s Restaurant & Banquet Hall. There are VIP tickets available which secure you a table, allow you to skip the lines, and receive complimentary drinks for the night. However, Stonewall isn’t your only chance to celebrate Pride in Columbus. Community Pride will be hosting a variety of events such as a Spoken Word and Live Arts and Performances event at The Vanderelli Room on June 4. The schedule slate for Community Pride also includes a Queer Club Night on June 7 and a Documentary Screening and Panel Discussion on June 11. For more details about Community Pride’s events, speakers, and locations, stay tuned to their website at columbuscommunitypride.org.