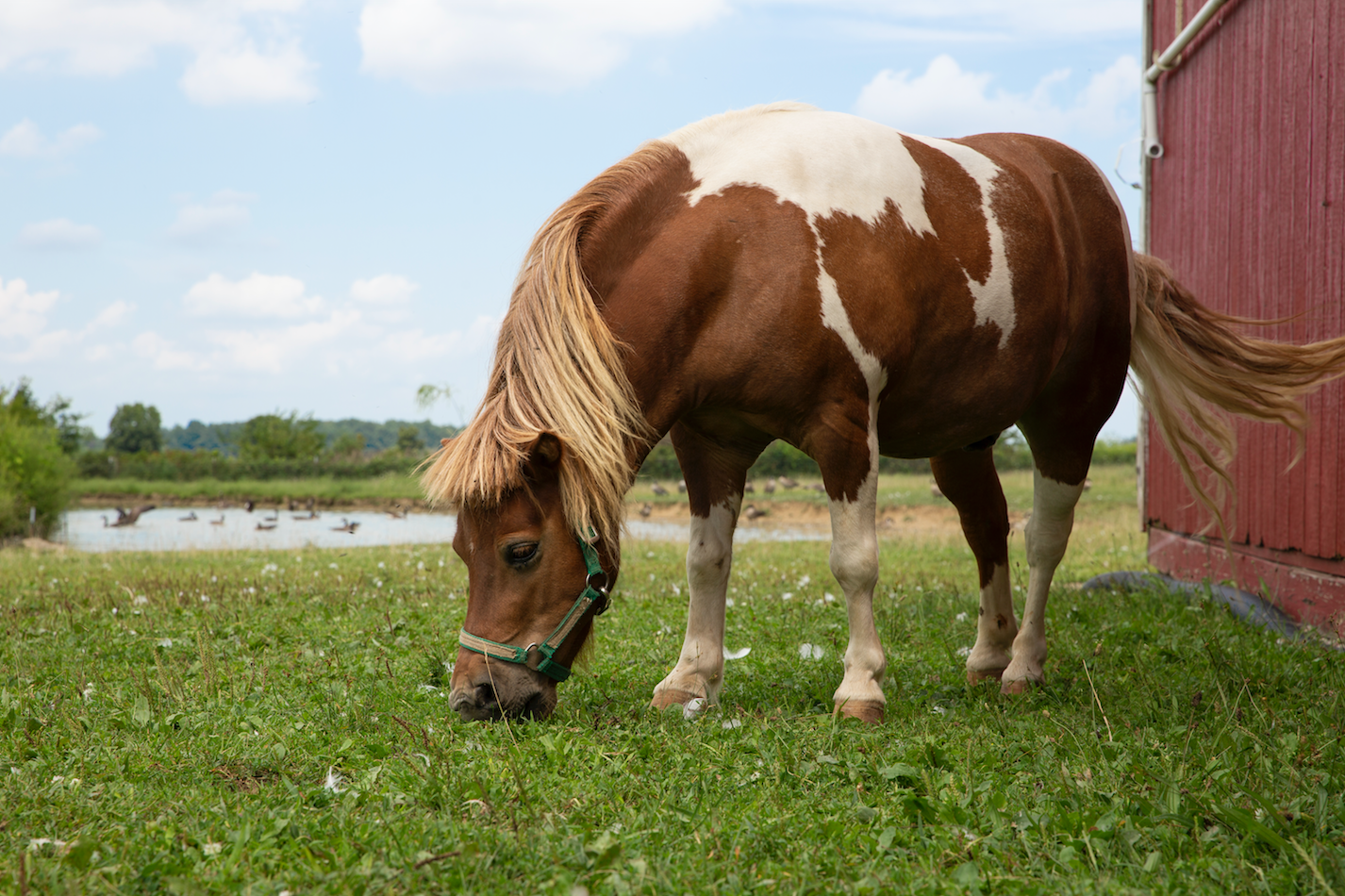 ATTN Love Birds: We want to feature your wedding in (614) Magazine!

Wooly Bully is a nine-year-old Jersey steer. He came to Sunrise Sanctuary after being rescued by an elderly couple who saved him from being put down by his previous owner. Having never spent much time around other cattle, Wooly typically likes to hang out near the front of the property with the pigs.

This is just one story. Of the approximately 170 animals who call Sunrise Sanctuary home, Sandra Horvath could tell you about all of them.

There’s Miss Ping, a pig saved from a factory farm by an eight-year- old’s birthday wish. Or Woody the goat, who’s down to one horn after an accident sustained while roughhousing with a ram.

Horvath knows each animal by name and can give a detailed account of how they came to be at Sunrise. She knows each one’s particular peccadilloes, their medication needs, the personal histories. It’s not just a matter of practicality. She speaks of—and to—each animal as a close friend and companion.

Brooklyn, New York native Mindy Mallet started Sunrise Sanctuary in 2001 after relocating to Central Ohio in the ‘90s. The 16-acre property in Marysville is a farm-style refuge where rescued animals are free to live and roam the grounds. There are three large barns at Sunrise, along with miscellaneous small buildings, chicken coops, a sizeable pond, and Mindy’s own home. The animals have the run of it all, with some barricades here and there when inter-species divisions are necessary.

Animals who find their way to Sunrise will call the sanctuary home for the rest of their natural lives. With its mission of acceptance and love for creatures large and small, Sunrise is a beacon of hope for animals in need—not to mention the people who volunteer their time to care for them.

Horvath became a volunteer in 2013 after falling in love with the sanctuary during a public event held there. When the property next to the farm went up for sale, she sold her downtown Columbus condo and moved her life to be closer to her passion. Lending a hand with the day-to-day operations is now all but a full-time job for Horvath, who balances her role as a devoted caretaker to her animal friends with a career as a practicing attorney.

“The daily work is hard. It’s mostly just making sure everybody is treated individually with proper time and attention,” says Horvath. “It’s not hard to stay motivated, but there’s just always a lot you worry about.”

With over 170 animals to care for, “a lot to worry about” is perhaps an understatement. The cast of critters at Sunrise currently includes four steer, seven equine, six sheep, four goats, 15 pigs, roughly 27 cats, two bunnies, several rats, and a whole lot of birds.

“Our mission is to take on as many animals as we can responsibly, and give them the best life possible.”

While the emotional and physical labor involved in caring for this many creatures is substantial, keeping the sanctuary running also has its challenges. Between feed, medication, vet bills, and the cost of maintaining the grounds, among other miscellaneous expenses, funding the operation is financially demanding.

Sunrise depends on three primary streams of revenue to keep the lights on: contributions from private donors, assistance from grants, and funds generated through special events such as Sunrise’s monthly “open barn” days, when the grounds are opened to the public. In addition to the funding they provide, these events provide a valuable opportunity to educate the public on responsible animal stewardship practices.

“Our mission is to take on as many animals as we can responsibly, and give them the best life possible. We also like to educate people,” says Horvath. “If enough people visit farm sanctuaries instead of other types of places, like petting zoos, they’re going to connect with them on a different level, and I think the views about animals in our society will change.”

With increased education, the need for sanctuaries like Sunrise might disappear altogether. As it stands, Sunrise can’t always accommodate every animal in any given situation. While adoptions occur on a case-by-case basis, the sanctuary is currently at capacity. Providing the optimal care and attention for animals already in their care is the focus of the Sunrise staff.

Ideally, all animals would have a safe and happy place to call home. For now, Sunrise Sanctuary is a slice of heaven on Earth for a few lucky animals (and the people who love them) to enjoy.

To learn more about Sunrise Sanctuary, visit them on Facebook or online at SunriseSanctuary.org.