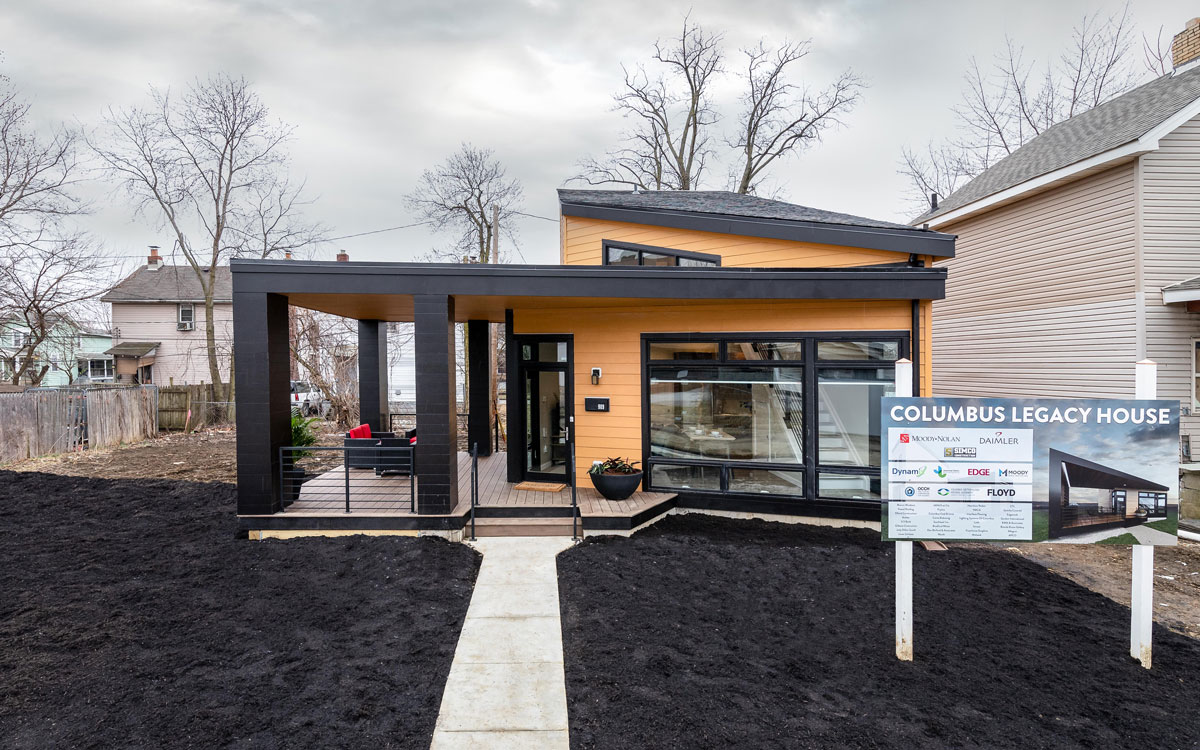 Curt Moody knew he wanted to be an architect before he knew there was a name given to that particular career path. While enrolled in a middle-school industrial arts program, he discovered a love for drawing, but was less than taken with the rendering of machine parts that made up much of the curriculum.

“In the back of one of the books, there were houses,” Moody explains. “I asked my instructor if he’d allow me to draw those instead of what was normal for the class, and he said yes. That was when I knew I wanted to do buildings.”

Thanks to this gracious concession from his seventh-grade teacher, Moody had taken the first steps in what would be an accomplished career. Moody Nolan, the architecture firm that Moody would go on to found in 1982, is today a booming operation with offices throughout the country and an impressive list of awards and accolades to its name.

The successes enjoyed by Moody today are largely a result of opportunities available to him in his youth, and the fact that others may not be as privileged is not lost on him. Like many businesses that have achieved a certain status, Moody Nolan has engaged in the sort of philanthropic work that is expected of leaders in the community.

In spite of years of time and energy spent giving to various causes and organizations, Moody couldn’t seem to shake the nagging sensation that he and his company could be doing more.

“There were so many golf outings and dinners that we participated in over the years, but if you asked us where did that money go,
we couldn’t tell you,” Moody says of the firm’s past charitable efforts. “We knew we were doing it for a good cause, but how can we do something better, using what we do? We are architects. We design buildings, we design houses—why can’t we use what we do to make something more permanent?”

Inspired to give back to the least advantaged members of society in a more tangible way, Moody and his associates conceived the Legacy Project. Designed to set an example to their peers in business and beyond, the project would begin with a single house, designed by Moody Nolan, to be given away to an underprivileged family at zero cost.

“There are a whole lot of great programs out there when it comes to affordable housing, but the truth is there are not enough,” Moody explains of the issues central to the project. “There’s a problem that no one seems to know how to address: if you make $22,000 a year, what’s affordable [housing]? There’s nothing that you could purchase that is affordable when every bit of your income is going toward trying to just live.”

Its plan of action decided, Moody Nolan set aside 50% of its annual budget for giving to put toward the Legacy House. Moody reached out for donations from longstanding business partners, who donated time, funding, and building supplies to see the project through to completion. When all was said and done, the modern, fully-furnished 700-square-foot home included everything a family starting from scratch would need, from linens to cabinets fully stocked with food.

Thanks to a land donation from The Columbus Metropolitan Housing Authority, Moody Nolan decided to place the home in Columbus’ Linden neighborhood. Having previously designed a community recreation center in the area, Moody and his associates were already well aware of the challenges faced by this economically disadvantaged community, and knew that it could benefit from the positive exposure.

When it came to finding a family in need to receive the home, Moody looked to YMCA of Central Ohio and Southeast Inc. to help navigate a list of potential candidates.

“[Curt] really wanted a family that was currently experiencing homelessness. This would be a new start, a new beginning for a family that was in about the most vulnerable state that you could possibly be in as a human—which is without a home,” says Sue Darby, the Senior Vice President of Housing for the downtown Columbus YMCA.

While the family who was ultimately chosen has asked to remain anonymous, Darby describes them as a very young family experiencing homelessness for the first time after a series of unfortunate life events.

“I think what compelled us the most through the interview process was their determination, always putting the children first in every decision,”

Darby says of the family. “With the legacy house, you’re just really hopeful that the poverty cycle for at least this family has now been broken.”

While the Legacy Project has made an immeasurable difference in the lives of one family, the realities of homelessness continue to pose significant challenges to communities in Central Ohio and beyond.

Moody and his partners hope that the greatest impact of the Legacy Project will be found in its example, and encourage others with the means to do so to undertake similar projects.

“I admire Moody Nolan for what they did, and I encourage other companies and individuals to take this same challenge, and to build new or revamp some areas that could be used for individuals who are in this kind of crisis,” says Darby. “Right now at Van Buren [shelter] we have over 80 families every night that come through our doors who are experiencing this tragedy. Affordable housing is the number-one issue. It’s not rocket science—housing ends homelessness.”

Moody Nolan plans to build other homes in the communities it serves. For more inforation, visit moodynolan.com