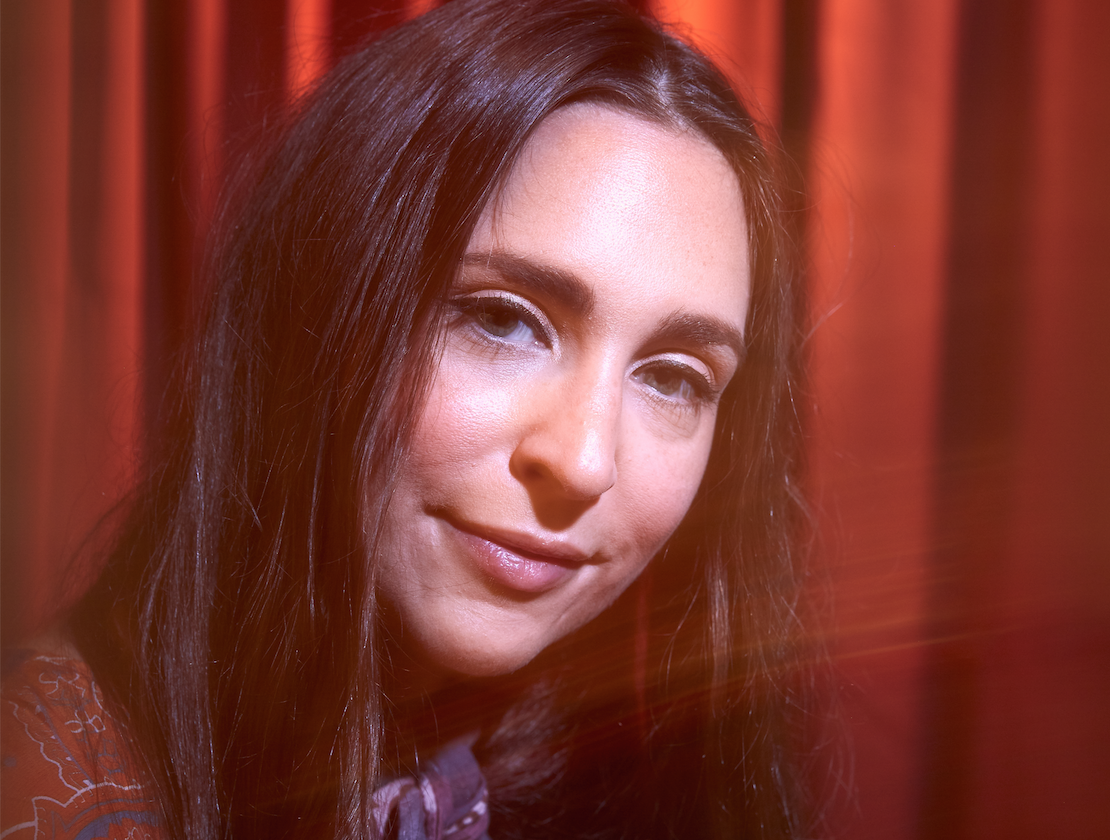 This article was originally published in the September 2019 issue of (614) Magazine.

Folk, alt-country, or indie rock—however you choose to categorize her sound, Angela Perley remains a pillar of the Columbus music community—and highly in-demand as a national touring act, to boot.

(614) caught up with Perley to discuss her new album, life on the road, and what it takes to make it as a musician in the Capital City.

AP: Since 2009 until last year, I had the Howlin’ Moons. It’s always been myself, Chris Connor on lead guitar, and then we had bassist Billy Zehnal in the band up until last year. We’ve had a rotating extended family of drummers. Billy’s not in the band anymore, and we were also on Vital Companies, which is a studio/label in Columbus that did our previous albums.

So this one—it’s a solo one, it’s my first independent release. There’s no label involved, I own the masters to the songs. It’s hard to keep a band together, so Chris, who’s been in the band since the beginning, and I, we’re kind of the only members, and we have an extended family of really great and talented people who have other projects they’re in. It just works a lot better with what I want to do.

YOU USED KICKSTARTER TO HELP FUND THE ALBUM. WHAT WAS THE CROWDFUNDING EXPERIENCE LIKE?

Before, with Vital, they had a studio and video production, and they took care of all of our recording in-house. We didn’t realize how expensive everything was. We had paid for studio time [for 4:30] through show money, but to look at all of the other expenses of making a record happen and trying to get it out there, it’s pretty intense! There have been a lot of independent artists that we know that will do Kickstarters, and I’ve never done anything like it before, so I was really nervous doing it. But it was a success, and I actually just finished sending out all of the preorder vinyl that people ordered.

YOUR SOUND IS OFTEN DESCRIBED AS ANYTHING FROM AMERICANA, TO ALT-COUNTRY, TO PSYCHEDELIC ROCK. WHAT’S IT LIKE WORKING WITHIN THOSE TRADITIONS IN 2019?

You kind of have to make your own path, because although there is a resurgence of rock ‘n’ roll, everything’s been done before. It has those roots, but we’re not breaking the mold or anything. You just have to be true to yourself and to the music, and just go from there. Everyone’s voice is important as an artist, so that’s important to remember.

YOU’RE ON THE ROAD TOURING QUITE A BIT. DO YOU STILL KEEP TRACK OF WHAT’S GOING ON IN THE COLUMBUS MUSIC SCENE?

Columbus is definitely growing, and moving toward doing things independently. I’ve seen a lot of bands touring, which is good. It’s an affordable place to tour out of, and there’s a community here for sure. Whenever I have a chance, we go out to the shows. We love The Cordial Sins, and we’re having them as our special guests for our album release. The High Definitions, Souther—there are just so many good bands.

When I go to other cities and I realize that there’s not really much of a scene going on, it is kind of cool to see that in Columbus, people are very aware and supportive of musicians. Even the businesses around here, everyone’s trying to work with musicians in some way. There are so many gigs, be it at breweries, at restaurants, or little festivals that pop up. There’s work for musicians here. And some other cities, there’s really not.

IN THE PAST, YOU’VE PLAYED SOMETHING LIKE 150 SHOWS A YEAR. ARE YOU KEEPING UP THE SAME PACE THESE DAYS?

I’m glad that we played that many shows at that time. We were playing anywhere and everywhere, and a lot of that was pressure financially. If that’s the way you’re making a living, you’ve got to take every gig. We’ve spread out the shows since, especially since we have been doing it for this long. We’re kind of gearing more towards quality shows. I will say, playing that many shows—I needed that. We needed the experience, and just the repetition. Every venue is different, every environment, every crowd. You cut your teeth and it makes you stronger.

WHAT ADVICE WOULD YOU GIVE TO LOCAL ARTISTS HOPING TO MAKE A CAREER IN MUSIC?

It’s tough, because for each person it’s so different. Getting out there and working hard, playing as many shows as possible—that’s all really great experience. But also focus on the music itself. If you’re going to make a music video or a recording, take your time—don’t half-ass it. Wait until you know what you’re doing. Although, you kind of have to learn from your mistakes, too.

Catch Angela Perley with special guests The Cordial Sins on September 6 at Skully’s Music-Diner for the release show of her new album, titled 4:30.