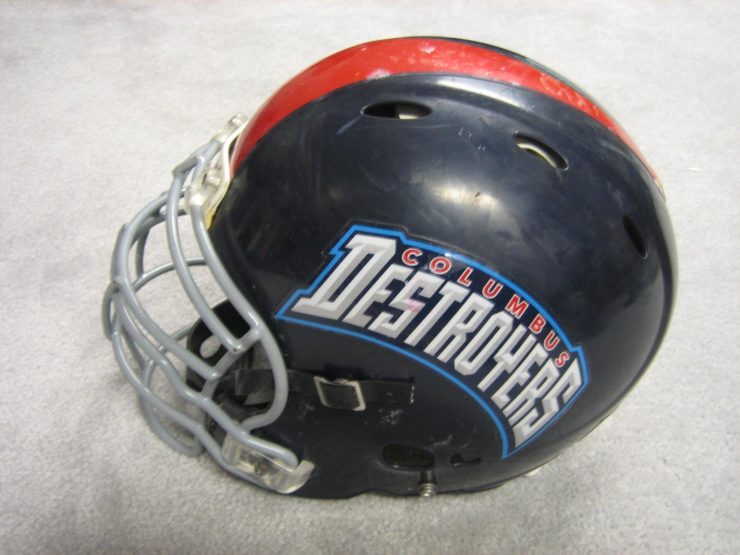 Staycations: Vibing In The (Clinton)Ville

Dearest readers, we truly appreciate your creativity when it came to our poll about what the Columbus arena football team should be named. Alas, the league decided to go with something a little more safe than “The Columbus Panhandles“: The Columbus Destroyers.

Officials chose to stick with the same name as the Columbus AFL team from 2004-08.

“Columbus was a very successful AFL organization in the past, with its incredibly strong market,” said Randall Boe, Commissioner of the AFL. “Judging by the enthusiasm we’ve seen since over the last several weeks, their future is looking incredibly bright. The fans are excited to have an AFL team back in Columbus – it’s going to be a great season for Arena Football.”

The Columbus Destroyers will take the field at Nationwide Arena beginning in April.

Matthew Sauk adds to this excitement after being named the head coach for the Columbus Destroyers. Sauk was a quarterback in the AFL until 2008, when he began his coaching career. He was the offensive coordinator for the AFL’s Utah Blaze from 2011 to 2013, and was the head coach of the Portland Thunder in 2014.

Season ticket plans are on sale, and fans may go to www.columbusdestroyers.com to place a deposit. Seating preferences will be determined by the order in which deposits are received. Fans can follow the Columbus team on Twitter, Instagram and Facebook at their new handle, @AFLDestroyers