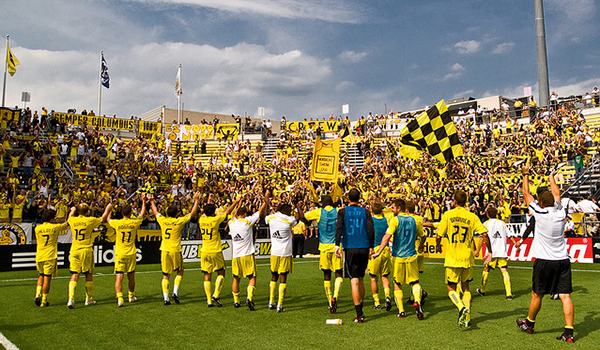 Nursing home not taking responsibility for man who “rotted to death”

Now that Columbus Crew SC has been saved, fans are more motivated now than ever to ramp up support for the black and yellow.

#HumansInTheNordecke is a grassroots campaign within the /r/TheMassive Reddit thread committed to holding people accountable who say “I’m going to make it to a Crew game someday.” For each home game, four people will be randomly selected to attend and be a part of the rowdy fan section in the north corner of the stadium known as Nordecke.

A new Reddit thread is created every Monday before a home game where people can nominate themselves or someone else. On Wednesday a winner will be chosen via a random choice generator and notified so they have ample time to make plans for the weekend. If the match is on a different day of the week, a thread will be created several days in advance and the same process will be carried out.

See the thread for the Crew premier this weekend against New York Red Bulls below.
Note: this thread is now closed.