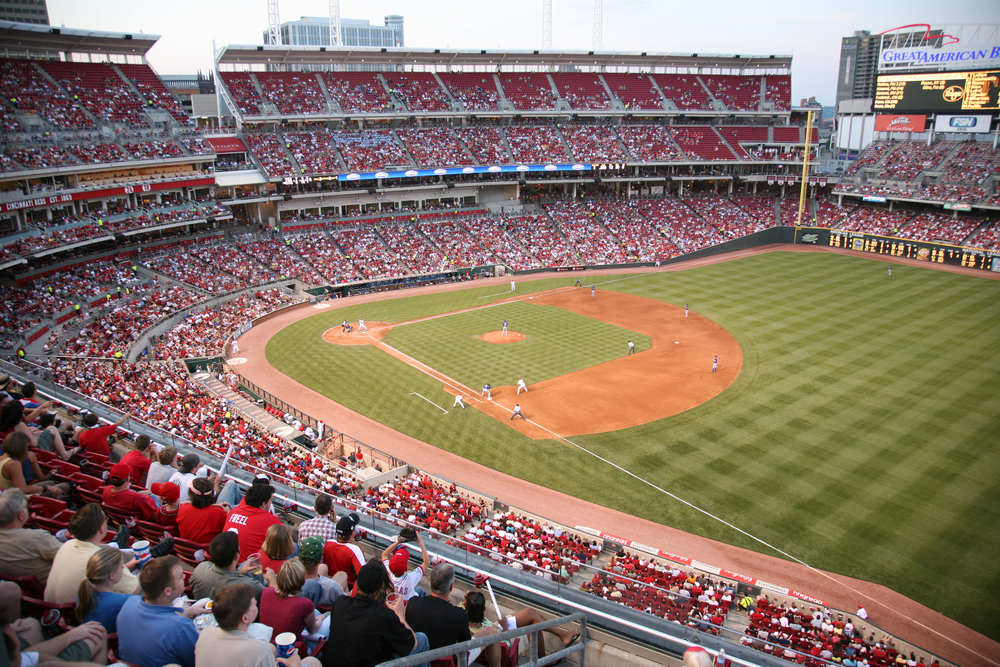 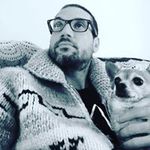 Opening Day should be a national holiday…Seriously. People take off work, and kids cut school just to attend Opening Day. It’s that special. I prefer it to Christmas, Thanksgiving, and virtually any other holiday there is.

However, because we are halfway between Cleveland and Cincinnati, and the Cap City is more focused on the OSU Spring Game, the Blue Jackets, and the Crew, baseball gets overshadowed. This frustrates me. Especially, because the Columbus Clippers (who are the Triple-A affiliate for the Cleveland Indians), are one of the premier teams in the International League (not to mention an outing at Huntington Park is one of the best (and affordable) ways to spend a warm late spring or summer evening downtown).

Aside from that, it’s an easy drive up 71 North to the Jake (you most likely know it as Progressive Field, but it will always be the Jake to me) and equally as easy to bomb down 71, and Head to the Great American Ballpark. I’m sure someone else is covering the Spring Game etc., and that’s cool…that’s cool – but it’s not baseball.

Ohio has a rich history of baseball, from Branch Rickey, who was a catcher at Ohio Wesleyan decades before he would be essential to breaking baseball’s color barrier in 1947, with the great Jackie Robinson; to the Cincinnati Reds being one of the original teams of the National League (they’ve been in the NL since its inception in 1890). For those of you that love baseball as much as I do, here is my outlook for the Tribe and the Reds, this year:

Yet again, The Tribe has one of the deepest and most potent starting rotations in all of baseball, including Corey Kluber, Trevor Bauer, Carlos Carrasco, Mike Clevinger, and Shane Bieber. Terry Francona, the Tribe’s skipper, will be laser-focused on returning to the Fall Classic, and along the way, should easily capture the team’s fourth straight division title.

However, despite their stellar rotation and offensive firepower of their two MVP candidates Francisco Lindor (who will miss opening day due to an injury), and Jose Ramirez atop their lineup, The Indians’ fate might be the same as last season. Cruise through the regular season, and then hit a wall in the playoffs, where they will most likely have to deal with perennial postseason juggernauts the New York Yankees, the defending champion Boston Red Sox, as well as 2017 champs, the Houston Astros.

Seeing the Cavs finally win a title, and damn-near winning one in 2016, themselves, the Tribe is chomping at the bit for that World Series title the City of Cleveland has been clamoring for since 1948. However, because their formidable pitching staff tends to crumble when it matters most (the postseason) Tribe fans might want to hold off on that ticker tape parade…at least for this season.

The Tribe opens their season against the Minnesota Twins, at Target Field, in Minneapolis. Corey Kluber takes the hill for the Tribe. First pitch is scheduled for 4:10 p.m. ET/3:10 p.m. CT on Thursday. The game will be televised on both Fox Sports North and SportsTime Ohio, along with MLB.TV, and there will be radio broadcasts on the Treasure Island Baseball Network and the Cleveland Indians Radio Network.

The Cincinnati Reds: Finished dead last in the NL Central in 2018

When the Reds and Pirates square off for Opening Day at Great American Ball Park, both teams will be looking to establish their legitimacy in the National League Central division race, which is a herculean effort considering they share the division with perennial playoff favorites in The Brewers, Cubs and Cardinals. However, the Reds believe they belong in that conversation, and for the first time in a long time, they’re not wrong.

The Reds had an incredibly productive offseason, acquiring Matt Kemp from the Dodgers, and, in my opinion, the most exciting player in all of baseball, Yasiel Puig.

The Reds also have new blood in the dugout/clubhouse, in the person of first-time Major League manager David Bell and a virtually brand-new coaching staff. The Reds also made key moves in their pitching rotation, which coupled with their huge outfield acquisitions, has fans fired up. The additions of Puig and Kemp should add much-needed firepower to a lineup that lacked the big bats. Puig will be especially exciting to watch, because unlike his platoon work he did in Los Angeles, Puig will be the everyday right fielder for the Reds.

Adding the bats of Puig and Kemp to a lineup which already has the team’s best on-base threat in all-around class-act, leader, and future Hall of Famer, Joey Votto, should set off all of the fireworks at Great American Ballpark this season.

Luis Castillo takes the hill for the Reds, when they face for the 29th straight year against the Pittsburgh Pirates, at the Great American Ballpark, in Cincinnati. First pitch is at 4:10 p.m. ET. The Reds’ broadcasts are on Fox Sports Ohio and WLW-AM while the Pirates’ broadcasts are on AT&T Sportsnet Pittsburgh and KDKA-FM. The game can also be seen live on MLB.TV.

Spring Training is over, folks. The 2019 season is here…Play Ball!