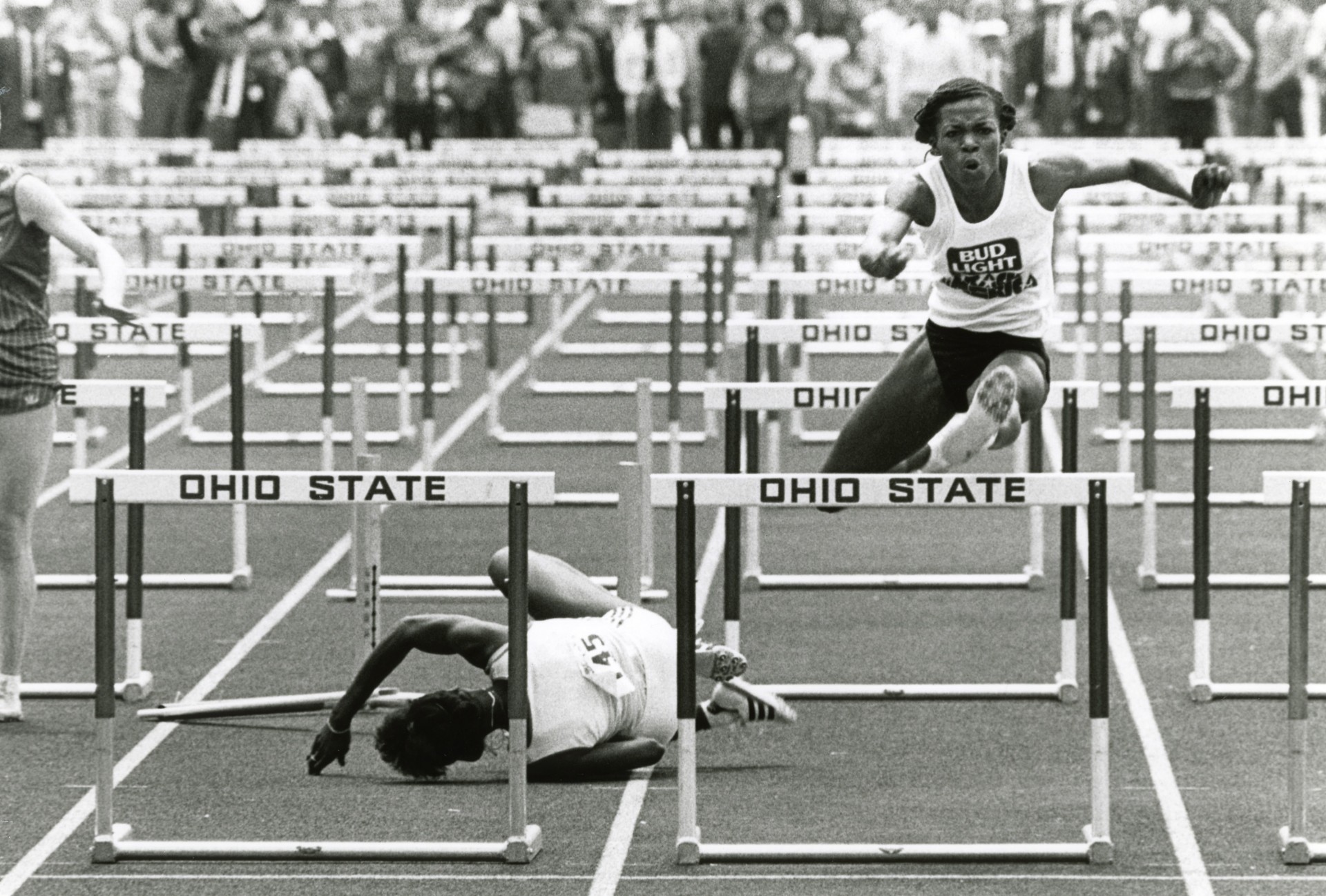 Established in 1974, the National Women’s Football League was a perfect reflection of the times, a groundbreaking movement that mirrored the social landscape. At the height of women’s liberation, the N.O.W., and Billie Jean King’s “Battle of the Sexes,” the full-contact contests held by the NWFL promoted that same statement of equality for women in sports—and in Ohio, the Toledo Troopers won seven consecutive championships in the league, which have to this day, made them the winningest franchise in all of professional football. That the Troopers hold such a coveted record and tell a story of gender politics mostly unheard, is a common theme that runs through Ohio—Champion of Sports, the new exhibit at the Ohio History Center.

At first, the title of the exhibit is a seemingly audacious, and very Ohioan, statement to make. Champion of (all) sports? Though Ohio natives are as passionate about their teams as any other state in the country, the exhibit gives an almost inherent right to the claim. Our traditions run deep. Our superstars— from Bobby Rahal to Lebron James—have achieved the highest pinnacle of glory. But throughout the museum there are a multitude of stories, like that of the Troopers, that shape that narrative beyond championships.

“Telling the national story of sports can be tough without including Ohio in there,” says the Ohio History Center’s curator Eric Feingold. “Whether you’re talking about the birth of the National Football League or the All-American Soapbox Derby in Akron, to some of the more prominent stories, such as Ohio State football, Ohio has really contributed to this story in major ways.”

The fully-interactive exhibit is divided into six thematic zones—including Character, Adversity, Innovation, Identity, Tradition, and Victory—where each attribute is shown through the lens of Ohio sports. The “Victory” wing, for example, is anchored by the triumph of local boxer Buster Douglas’ unlikely defeat of Mike Tyson, while “Innovation” highlights Ohio’s role in the evolution of the soapbox “gravity racers” used in derbys. “Identity,” by comparison, challenges the shameful use of the Cleveland Indians’ longtime mascot Chief Wahoo, while “Adversity” tells the tale of Youngstown pitcher Dave Dravecky’s World Series dream shattered by cancer.

Even the diehard Ohio sports fan will find something they may have never known. While it’s common knowledge that Ohio State and the University of Cincinnati dominated the NCAA men’s basketball tourneys of the early ‘60s, there are stories like that of the UC Bearcats being the first team to start four African-American players, illuminating how these teams and athletes were breaking barriers as well as records and stats. Or even the hidden minutiae of small-town Hiram College becoming the first basketball team to bring home an Olympic gold for the United States.

“The exhibit is a new approach,” says Feingold of the non-traditional way in which Champion of Sports was designed. “Generally museums are object-driven, but in this case, we’ve worked with athletes, coaches, and fans to collect their oral histories. It’s this idea that you want to try to acquire objects as you’re going along and getting these stories from the people involved.”

Still, there are over 200 objects procured from the museum’s permanent collection, other museums, like the Cincinnati Reds Hall of Fame and Museum and the Pro Football Hall of Fame in Canton,  and from private collections, that bring to life these stories—spotlighted are Lebron James autographed rookie jersey and a full-scale Airstream, that “may or may not have” instigated the first examples of traditional “tailgating.”

As a intentional gesture, the exhibit is not just static with the objects; there are displays of videos that show those oral histories, and fun kiosks to record your own victory dances, but it’s those objects that look forward that have the most pull. Some of Feingold’s favorite pieces in the exhibit come from just a few years back and the creation of Ohio Roller Derby. In that, the museum aims to battle preconceived notions about the strategy of the sport, showing how it’s not a gimmick, but instead a compelling labor of love for the dedicated athletes who participate.

“This is an exhibit more about the human experience and the human condition,” says Feingold. “These objects highlight the intersection of sports and larger issues. Sports is just the entryway into a lot of larger themes.”

Ohio—Champion of Sports is now open at the Ohio History Center. Visit ohiohistory.org for hours and more information.