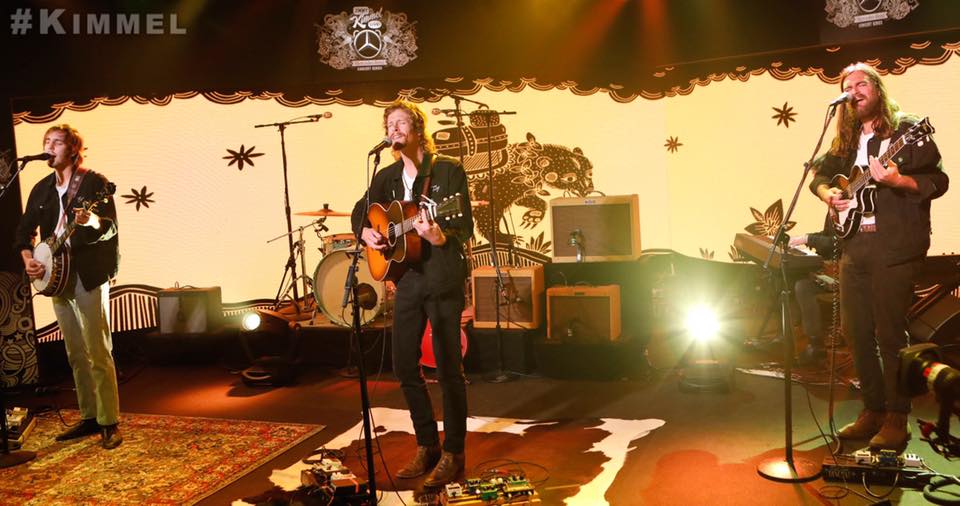 Local folk rockers and denim enthusiasts CAAMP made their late-night TV debut last night, performing the songs “By and By” and “Peach Fuzz” on Jimmy Kimmel Live!

CAAMP was formed in Athens Ohio by childhood friends Evan Westfall and Taylor Meier, who have since been joined Matt Vinson. Today, the group calls Columbus home.

The performance on Kimmel kicked off CAAMP’s tour in support of their new album, “By & By.” For dates, tickets, and more, click here—but keep in mind that most live dates have already sold out (including all three nights of the group’s stop in Columbus this December).