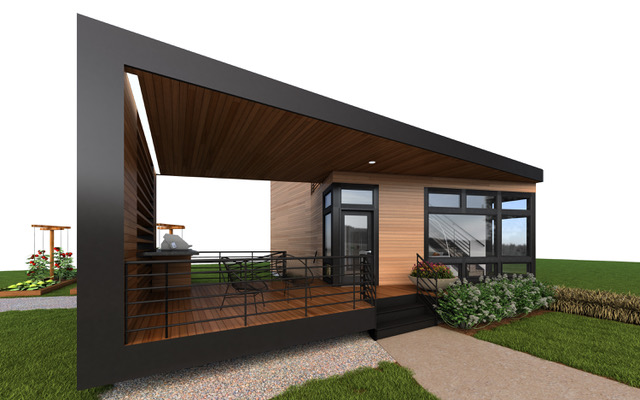 One lucky family will be given the keys to a brand new home at the end of next month thanks to the generosity of one local architecture firm.

Moody Nolan is finishing up construction for a modern, 750-square-foot home on McClelland Ave in Linden which will be gifted to a soon-to-be-selected family in February.

The home, which was designed as an expanded “tiny home,” has three bedrooms, two bathrooms, a porch that faces the street, and a backyard garden area.

Because of tax abatements in the Linden neighborhood and the selflessness of Moody Nolan employees, who raised over $3,000 to fully furnish the house, the family will only be responsible for utilities and maintenance.

Moody Nolan was able to solicit help from local organizations to make this project happen. Columbus Underground reports the Columbus Metropolitan Housing Authority (CMHA) donated the land for the house, and YMCA of Central Ohio and Southeast Inc. have teamed up to select the winning family.

Columbus Underground also reports the firm plans to launch an initiative to encourage more development in the area after the Linden project is complete.

Curtis Moody, founder and CEO of Moody Nolan, calls it a “Legacy Project,” and plans for the company to design one home like it a year in each of the company’s 12 operating cities nationwide.

Moody Nolan designed the Linden Community Center and Park, the new New OhioHealth Offices off Olentangy River Road, new apartments near Topiary Park, and many others.