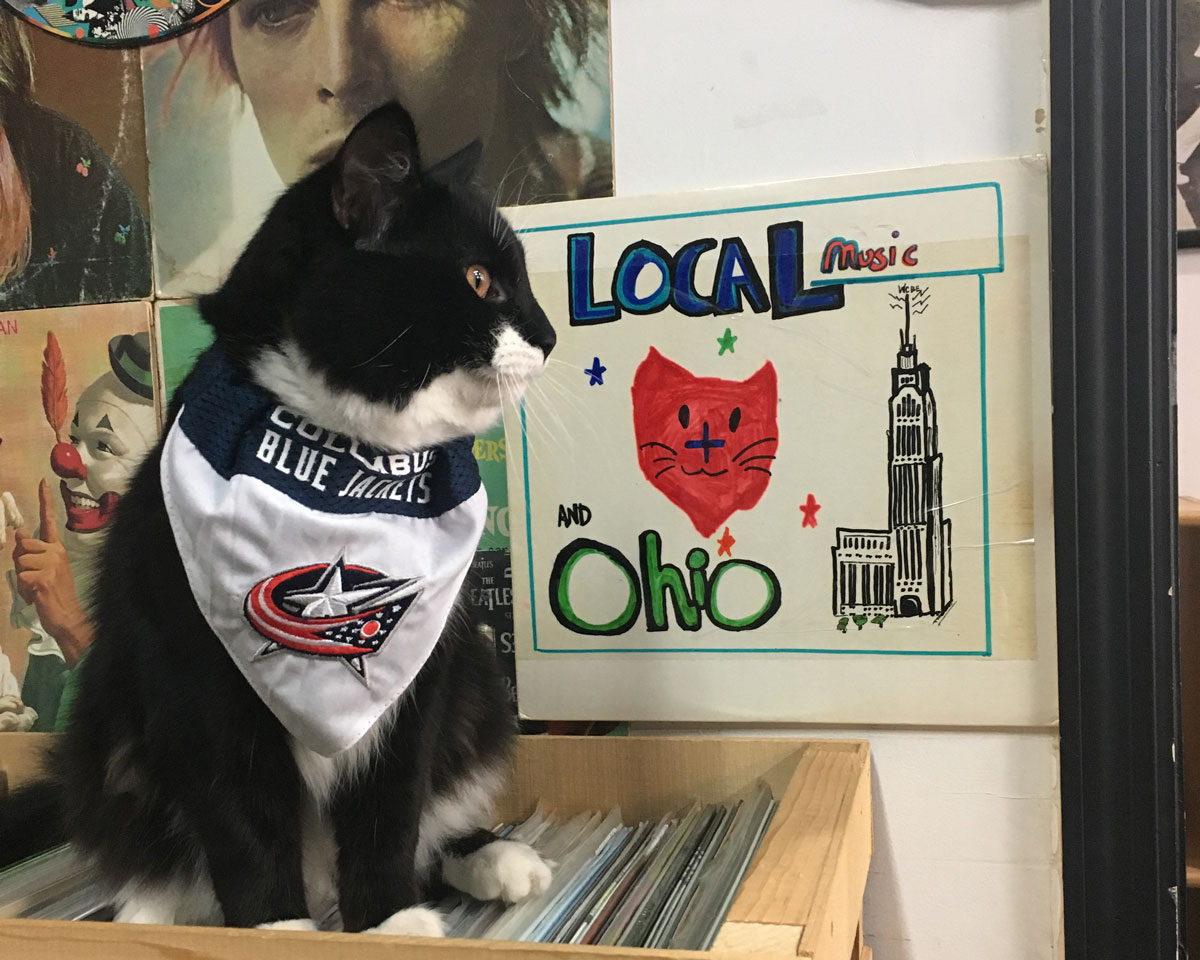 Poll: Which of these Columbus memes is most accurate?

In ancient Egypt, where we see the first evidence of the domestication of felines, cats were worshipped. They were mummified upon their death, and the bereaved would shave their eyebrows in grief. This ancient relationship started when it was discovered that cats would stand guard over grain storages, the only ones fast and agile enough to control the number one enemy of burgeoning food backup systems during the dawn of civilization: rodents.

Plus, kittens are cute.

I’ve never been a cat person, but one thing I can respect is a working animal. Fast forward several millennia to the modern-day memequeens and little living room lions that jump-started the internet, and their mouse-catching days are all but behind them. I believe we could refer to the species as a whole at this point as semi-retired.

But there still does exist a tradition under which cats thrive, and even the most curmudgeonly dog person must admit that a cat is the most capable animal partner: the business cat. Even Scott Adams, creator of the Dilbert comic strip, decided that cats were the most likely species to control HR, and created Catbert and the “random policy generator” to match the often fickle nature of the feline. But the partnership is actually much more basic.

A building with any storage area is vulnerable to the aforementioned vermin. Also, you need an animal with specific qualities to hang out at your place of business all day and not muddy your entrepreneurial waters.

First, you need a lounge animal. Nobody wants to enter an establishment that has a spazzy mascot on staff. You also want one that hangs back, in case your diverse clientele are not animal-inclined.

Now how many dogs do you know that fit that bill? A few, yes. Mostly the large and lazy kind.

However, a traditional business that relies wholly on grain to render its wares has a special position custom-built for a feline. Brewery cats are the original business cats. This mutually-beneficial relationship has existed since humans figured out the brewing and distillation process.

Modern day has changed this relationship: though the ability to catch mice is less necessary than it was eons ago. Today, this has been replaced with a new job description: social media darling. If brew pubs, tasting room, bars and distilleries rely on one thing to expand business, it’s social media. And nothing shares quicker on social media than cute kitties lolling around on bags of barley, or sneaking snuggles from otherwise burly, tattooed brewers.

The Granville Brewing Company has a special employee that made his way into their grain room, and hearts.

“Bluto was dropped off in a box on someone’s doorstep with two other very young kittens,” says Kaitlin Johnson of Granville Brewing Company. “We had some mice getting into the brewery and trying to get into our grain. We asked around to see what was the best way to get rid of the mice; with poison, snap traps, or sticky traps. We were told the best way is to just get a cat. Bluto is our mouser. He keeps the mice out of the brewery and when they get in, he eats them.”

This is ancient symbiosis at its best. But the modern office politics element is not lost on the human employees of the brewery.

The position, like in many other fields, has evolved. Cats are of benefit in more than just a brewery. David Lewis of Elizabeth’s Records keeps a full- time feline on staff.

“A year ago I decided that I was spending a lot of time here by myself in the summer and craved company and made the executive decision to get a store cat. [Jonesy] was too small [when we first got him] to leave here all of the time, so we brought him home every night to the other three cats in our family,” explained Lewis. “Jonesy is the perfect store cat—he stays over two nights a week now and he loves being here! He loves female attention; he sits on the counter or in the window and greets people as they come in. He’s good with children, doesn’t try to run out the door, and has a respectful fear of passing fire trucks.”

The exact description of the perfect office animal. Plus they don’t ask for too many raises.