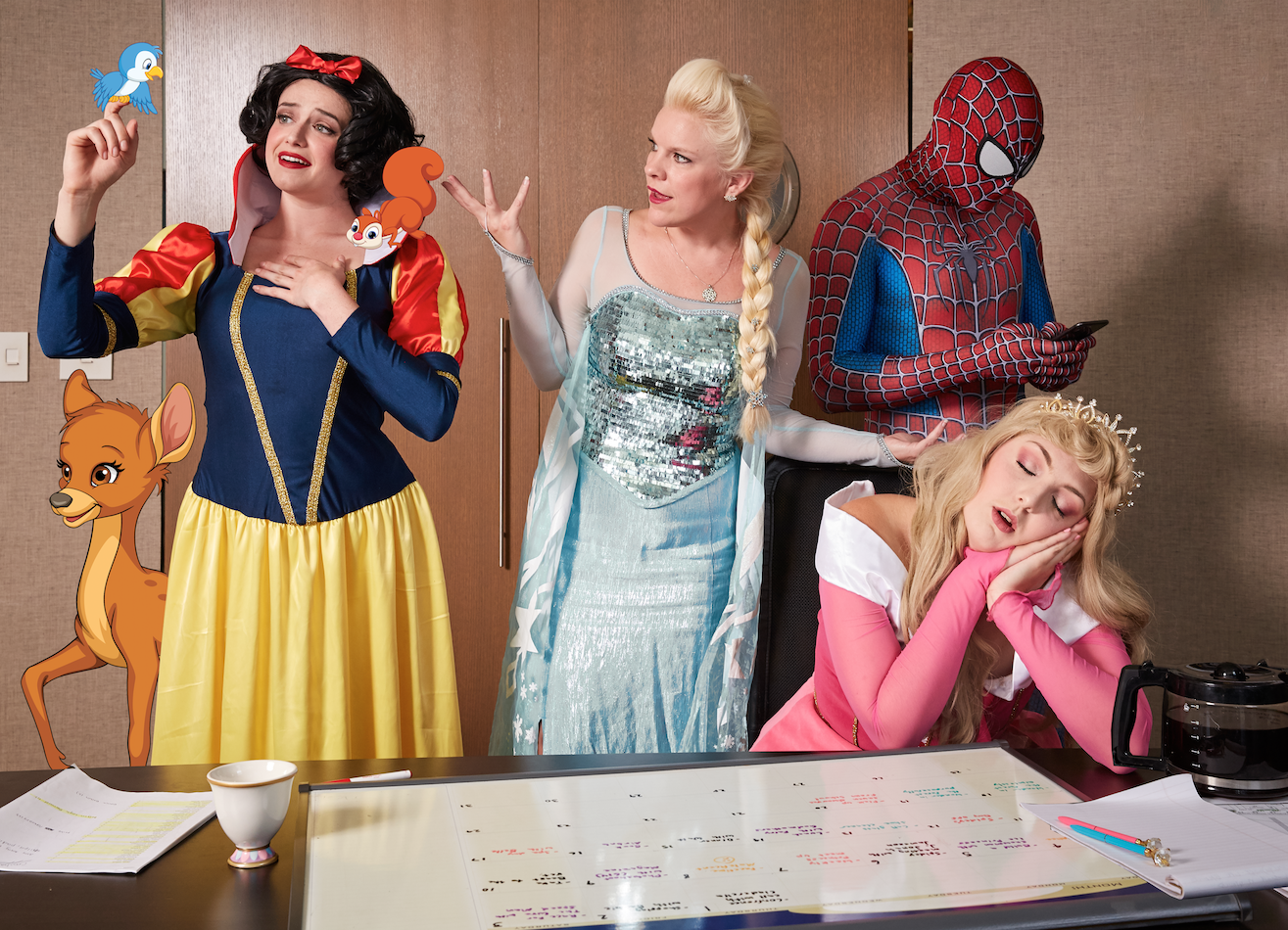 “When you believe in a thing, believe in it all the way, implicitly and unquestionably.”

The quote is attributed to Walt Disney, and I think it’s also something we often forget when we grow up. But kids? Without the tools or knowhow to navigate life, believing is all they can do. Wouldn’t it be something, though, to combine the wonder of believing with practical life skills for an experience equally magical for kids and adults?

Bibbidi-Bobbidi-Boo, I present to you Amy’s Princess Parties!

With her esteemed cast of imaginative employees, Amy Kavelaras spins, twirls, and curtseys into the lives of young people with the intent to impress upon them the qualities of a good person—all while dressed as famed princesses.

“I think it’s so magical,” Kavelaras said of the experience.

With over 30 characters to choose from (including superheroes) parents can hire Amy’s Princess Parties by the hour to transform their child’s birthday into a fairy tale-like occasion they’ll cherish for the rest of their lives.

It begins with a class on “how to be princess”—walk, wave, curtsy, that sort of thing. For superheroes, obstacle courses and other games are on the menu. Once the party goers have the mannerisms down, Kalvelaras and her cartoon-y crew transition into lessons on what really counts: the heart.

“We really use our platform for good, so we use these role model characters and we try to create an atmosphere where we’re in influencing the next generation,” explained Kavelaras. “So we talk about character values of being kind, being loving, and being caring.”

Parents look on—sometimes tearfully, according to Kavelaras—as their starry-eyed child hangs on every word of their role model teaching them the importance of being truthful, thankful, helpful, and accepting in every situation from home life to the playground.

“A 3-year-old may not listen to their parents, but a 3-year-old will listen to these characters because they are their personal heroes,” said Kavelaras. “We really want to make a difference.”

And as important as it is to drive these messages home with the kids, Kavelaras puts equal weight on deciding who will do the driving. She has hand-picked each magical member of her company, not only because they embody the princess or superhero physically, but also mentally and emotionally. In other words, practice what you preach (Matthew the Apostle said that, but I’d be willing to bet that Walt Disney would agree).

“Yes, technically you do need to look like the character from the outside [to be an employee at Amy’s Princess Parties], however the most important thing is the heart and finding someone who encompasses both is really important to us,” Kavelaras explained.

All this may seem like an elaborate dress-up game for the employees, the opportunity offers so much more.

“It truly makes you feel like you’re not yourself…like, ‘I am this person’s role model, this person looks up to me,’ ” said Kate Glaser, one of Amy’s princesses. “That’s really special.”

And even after the birthday candles are blown out, the magic isn’t over.

“I had to stop at a friend’s house to grab something after a party and there was a kid outside in a [Little Mermaid] bathing suit who saw me so, I got out and talked with her,” Glaser continued. “Even after the party is over, you have an impact on everyone you see.”

They stop at lemonade stands, make Starbucks runs, go to the grocery store, pump gas—all while in character—to bring a little magic to everyone they cross. These interactions, along with being able to make appearances at charity events with both kids and disabled adults are some of the most rewarding experiences for the princesses and superheroes.

After all the etiquette lessons and life courses, it’s time for the tiny princesses and superheroes to be coronated. With the flick of a magic wand, some magic dust, and the promise that they are so loved, Amy’s Princess Parties gives the children the fairy tale ending they deserve.

And they all lived happily ever after.

To book a character for your next party go to amysprincessparties.com.