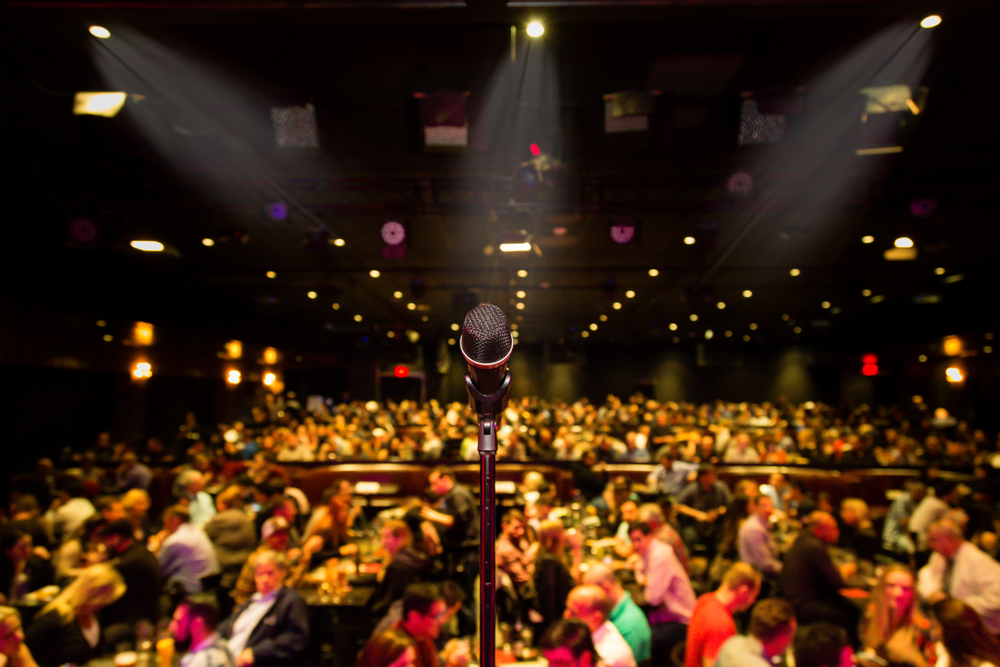 If you’ve already burned through every standup special on Netflix during your winter hibernation, take advantage of the climbing temperatures and see the real thing in person. Here are six killer comedy tickets to tickle your funny bone through the end of the month.

Don’t sleep on this experimental comedy show presented by Whiskey Bear Comedy and hosted by creator Dustin Meadows. In this unique comedy format, comedians are challenged to express their pop-culture-related material through alternative forms ranging from essay, spoken word, or even multimedia presentations – just not standup.

Fact and fiction collide in this comedy game show where a panel of comedians try to trick their competitors outrageous lies about historical events. Hosted by Erik Tait, contestants for this edition include Dave Burkey, Sara Bucher Greer, Kevin Hendrix, and Nickey Winkelman.

This night of straight-up standup from the Walrus features drink specials from Taft Brewing paired with talented comics from Columbus and Cincinnati. Host Wayne Memmott is joined by local favorites Angie Healey, and Amber Falter, as well as Cincinnati’s own Chris Siemer. Headliner Sam Tallent (known for TV work on Comedy Central, VICELAND, and The Chris Gethard Show) closes out the show.

Whiskey Bear’s established showcase features some of the best local talent the city has to offer. This time around, the lineup includes Olivia Smith, Gilli, Matt Kopache, AS Green, Rory Eustace, Jeff Burgstrom, and Bianca Moore. Hosted by Luke Swisher.

If comedy from a 90’s TV star in a theatre setting is more your speed, The Palace is the place to be later this month. Home Improvement and Last Man Standing star Tim Allen brings his standup tour to Columbus for a Friday show that should take dads across the city to “infinity and beyond” – with laughter!

A standup showcase with a cause, Columbus Stand Up for Choice brings this pro-choice, local comedy show and rally to the Ace of Cups stage. The theme this time around is “National Bail Out – Free Black Mamas!” Proceeds from the event will go toward helping incarcerated black mothers and caregivers post bail and gain access to fellowship and employment opportunities.