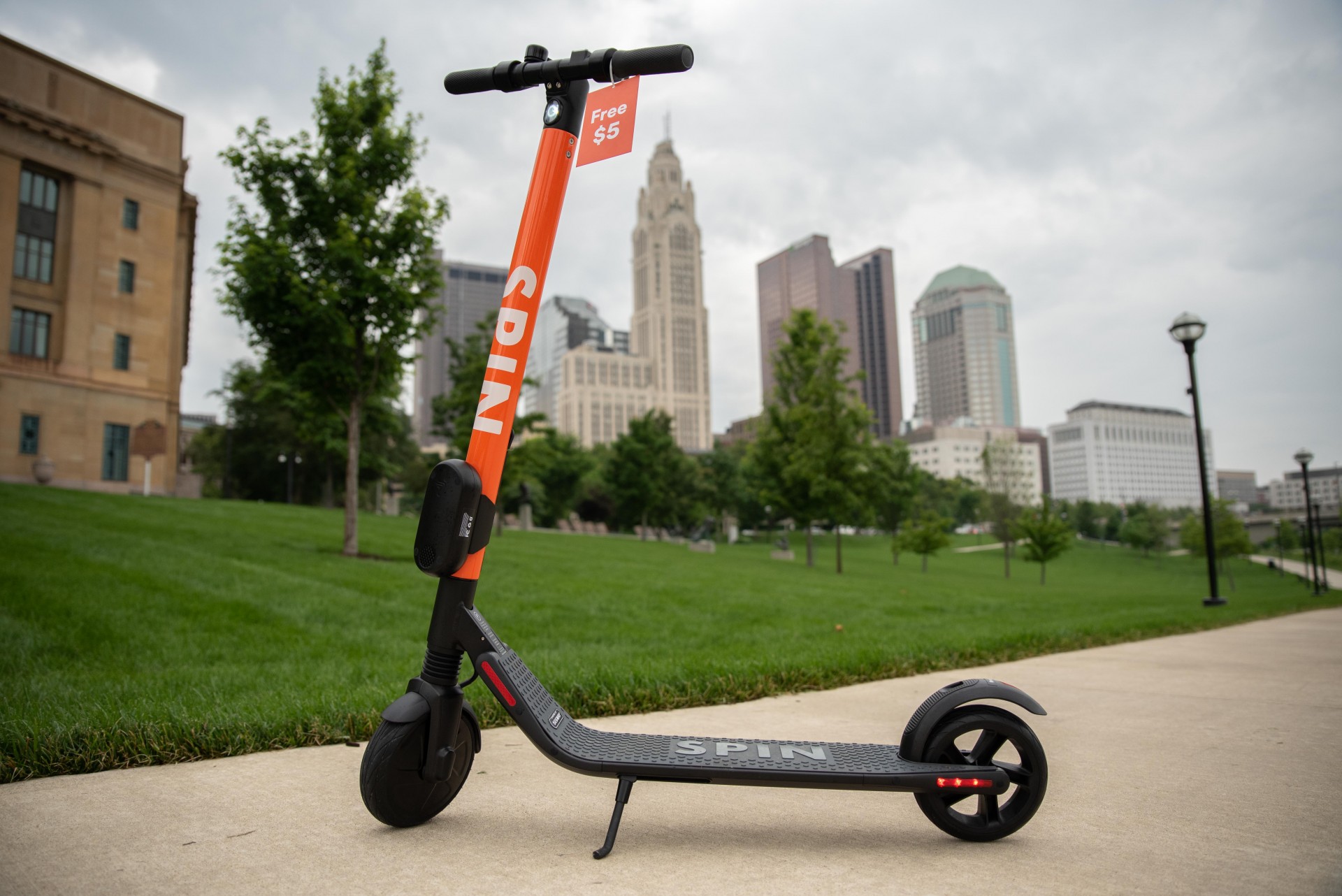 Ford-owned Spin scooters joined the increasingly crowded dockless scooter market in Columbus this week. We sent two of our photography interns, Adam and Leah, to check them out with a hands-on demo on city streets.

While both were total scooter newbies, they lived to tell the tale, sharing their impressions after returning safely to the office.

Intern Leah was most struck by the scooters’ giddyup.

“They can really get up there in speed, that’s for sure,” she remarked.

For his part, intern Adam was impressed by the Spin scooters’ price-point and ease of use.

“Cheaper than an Uber,” he said. “I can appreciate that. The app is easy to understand.”

As newcomers to the dockless scooter experience, there was certainly a learning curve to overcome.

“Initially I was scared, because I’ve never tried anything like that before,” said Adam, “But, there’s a cool safety feature where it won’t get going until you kick off, so that was cool.”

He also noted one possible fringe benefit particular to this mode of transport.

At 614NOW, we’re super proud of this latest batch of interns for surviving their maiden scooter voyage unharmed, unlike others who were sent to cover the launch of Bird and Lime (RIP to the elbow skin of 1870 Magazine interns Ben and Jacob).

Will you be giving Spin a spin, or are you adamantly scooter-averse? Let us know in the comments.