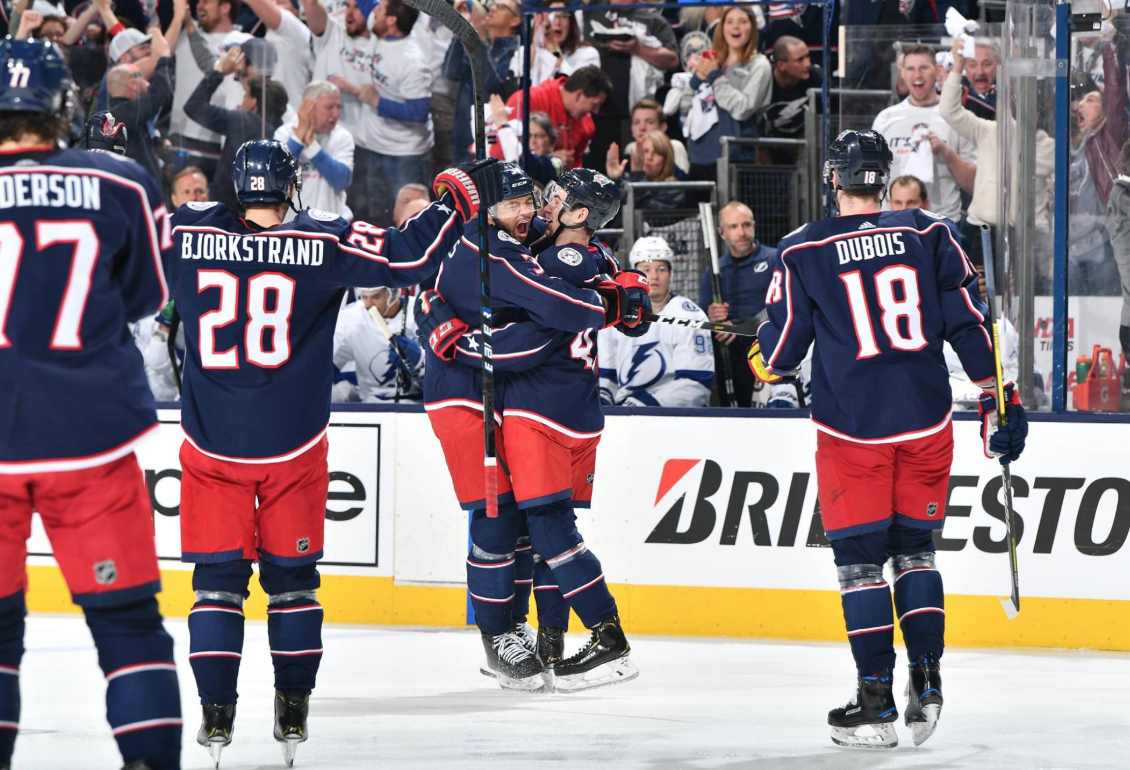 We can remember it like it was yesterday. In defiance of all predictions, your Columbus Blue Jackets shocked the world, capping a dominant 1st round playoff series against the highly-touted Tampa Bay lighting with an emphatic 7 – 3 victory. For the first time ever, the Jackets were off to the second round.

OK, maybe this wasn’t so long ago that it qualifies for proper “throwback” status. We just couldn’t help reliving what was, at least up to that point, the biggest win in Jackets franchise history.

With game four of the Jackets second round series against the Boston Bruins going down tonight, our hometown heroes lead two games to one. Let’s keep the energy high while the Jackets continue this historic run!

If you’re in need of some extra fuel, get a look at this rage-inducing clip of the Bruins’ Brad Marchand sucker-punching the Jacket’s Scott Harrington at the end of game 3:

If a cheap-shot like that doesn’t get your blood boiling, nothing will.

Looking for the best places to watch the game other than inside Nationwide Arena? We’ve got you covered. Check out our roundup of the best watch parties in town here.

And remember, no matter what, Columbus is a better city than Boston. Go Jackets!