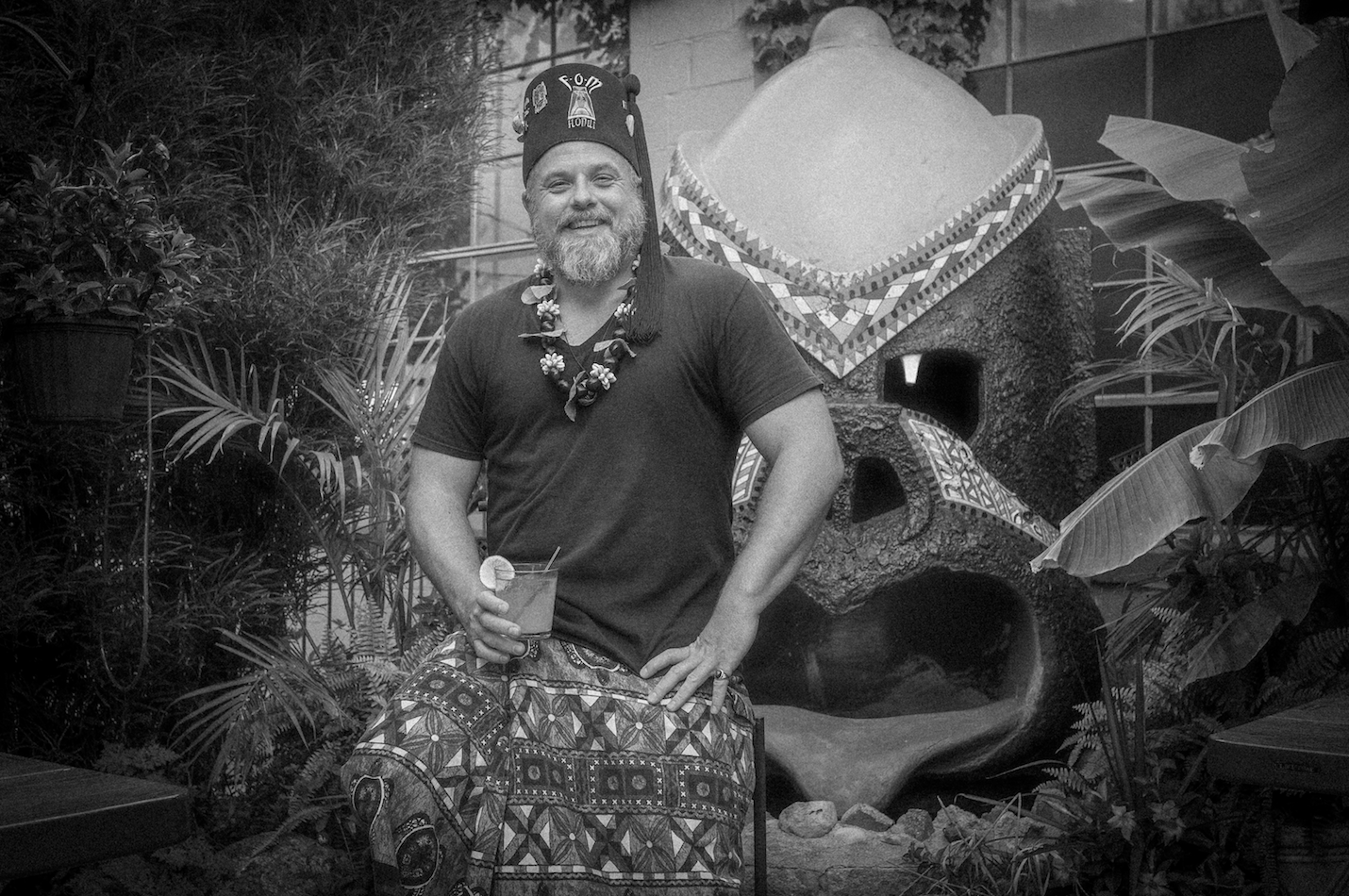 “I am embarrassed,” Les Wexner claims to be victim of Jeffrey Epstein

The unexpected closing of the Grass Skirt Tiki Room later this month isn’t the first time local tiki fans have been broken-hearted.

When the Kahiki shuttered its doors nearly two decades ago, it wasn’t just the end of an era in Columbus. The Polynesian-themed restaurant was the largest of its kind in the country, and nothing matching its quirky architectural grandeur has been seen since.

“When the Kahiki finally closed, many of us were in shock that it was actually gone. But for me, something kind of snapped,” revealed Matt “Kuku Ahu” Thatcher, one of the founders of the obscure order who prefers to go by his Moai moniker. “People wanted to hold onto a piece of the Kahiki by building their own basement tiki bars. But there were three of us who were less interested in finding the artifacts than the people who shared this same strange obsession.”

Nostalgia often comes at a premium price. One of those old Kahiki menus on eBay will set you back more than any entrée did back in the day, and a matchbook might cost you more than a carton of smokes. Even a ceramic tiki tumbler is more expensive than any drink it ever held. For committed collectors, these aren’t just treasures and trinkets. They’re art from a bygone age.

“We thought there might be a dozen of us, enough to get together for backyard luaus,” Ahu chided.

“I joked that maybe we should make it a real club with fezzes, like the Shriners. It sounded crazy, but the idea stuck.”

The Fraternal Order of Moai is organized much like independent islands scattered across the vast Pacific, each with unique customs and rituals rooted in a common ancient culture. Individual groups each choose a cause or charity at the local level, but the Moai still operate as a self-described “pirate democracy” with elections and major decisions all coming down to a vote among the entire membership.

What seemed silly at the time has become something of a movement with ten chapters nationwide and at-large members worldwide. Some chapters were started by folks with Columbus ties. Others emerged independently, inspired by the capital city’s quiet tiki revival.

“Our group is secretive and selective, but our events are open to everyone,” Ahu explained. “People who come regularly, regardless of whether they’re members or not, become family we look forward to seeing just as much as we do each other.”

Their enigmatic membership is more than a secret handshake. “Tourist” is the tongue-in-cheek terminology for active attendees who are still outside the order. Those who think they’re worthy must earn the support of existing Moai and pass a series of challenges, which are also secret. Akin to the Shriners, the Moose Lodge, and similar animal orders, questions of character are answered through a process outlined on their website, coyly branded the Port of the Initiate.

The most obvious evidence of the Moai’s influence is also hiding in plain sight, surrounding unsuspecting guests at the Grass Skirt Tiki Room. When Columbus Food League decided downtown was overdue for a tiny tropical oasis, the Moai were early and eager to offer their insights and assistance. Members carved and cast much of the bar’s décor themselves, nearly every mask and lamp that makes the contemporary tiki bar feel older and more authentic than its seven- year history otherwise suggests. Ahu even admits he may have had a hand in developing the cocktail menu. (He’s a modest Moai.)

The most iconic contribution to the Grass Skirt is undeniably the giant concrete monkey fountain named George, which used to grace the entrance of the Kahiki. With support from the Moai, and literally a last minute commitment of additional funds from the bar, George was saved from the same demise as fellow monuments from the fabled restaurant.

“We knew if we didn’t get him, he’d either end up in a private collection instead of the public eye, or rotting in a field,” Ahu noted. Point of fact, the enormous Easter Island statues ended up essentially abandoned, while a short search on YouTube reveals the fate of the famous fireplace still sitting outdoors under a tarp. “After the auction, we went to pick him up at Kahiki frozen foods and realized they’d actually constructed the building around him. They offered to cut him into four pieces to remove him, but the auction said pickup was outside. You wouldn’t let someone cut a Corvette into four pieces if you were told you could pick it up in the parking lot?”

Somehow George ended up outside for pickup as promised. The Moai don’t know how he got there or if walls or windows were removed to do it. It seems even George has his secrets.

Aside from “Tiki Tuesdays,” the only time local members really surface publicly is once a year in August for the annual Hula Hop, a charity event that raises money for Cure CMD, an organization that funds efforts to treat congenital muscular dystrophy, and serves as an annual call to prospective members, some of whom aren’t even old enough to remember the Polynesian longhouse that used to be off East Broad Street.

“We didn’t think we could pull off an all-day tiki event in Columbus when we started, so it was a ‘Hot Rod Hula Hop,’ with classic cars and we brought in all of the decorations to turn a regular bar into a tiki bar,” Ahu explained. “But now with the Grass Skirt, it’s become just the ‘Hula Hop’ with five live bands, vendors, and food trucks. Instead of selling tickets or charging a cover, folks come for free, buy drinks and make donations directly. People know where their money goes.” The Fraternal Order of Moai, whose exact ranks remain unknown, has funded several studies and drug tests through Cure CMD. But recognition and notoriety were never the goal.

“It was a cockamamie idea that started out more as performance art, but it turned into something more,” Ahu admitted. “Now we’re a registered nonprofit and pretty darned legit. Tiki bars are popping up across the country, even in Europe. But in Columbus, even after the Kahiki closed, they never really went away.”

The Hula Hop on August 10 at Grass Skirt will go forward as planned. For details on the event and the Fraternal Order of Moai, see fraternalorderofmoai.org.