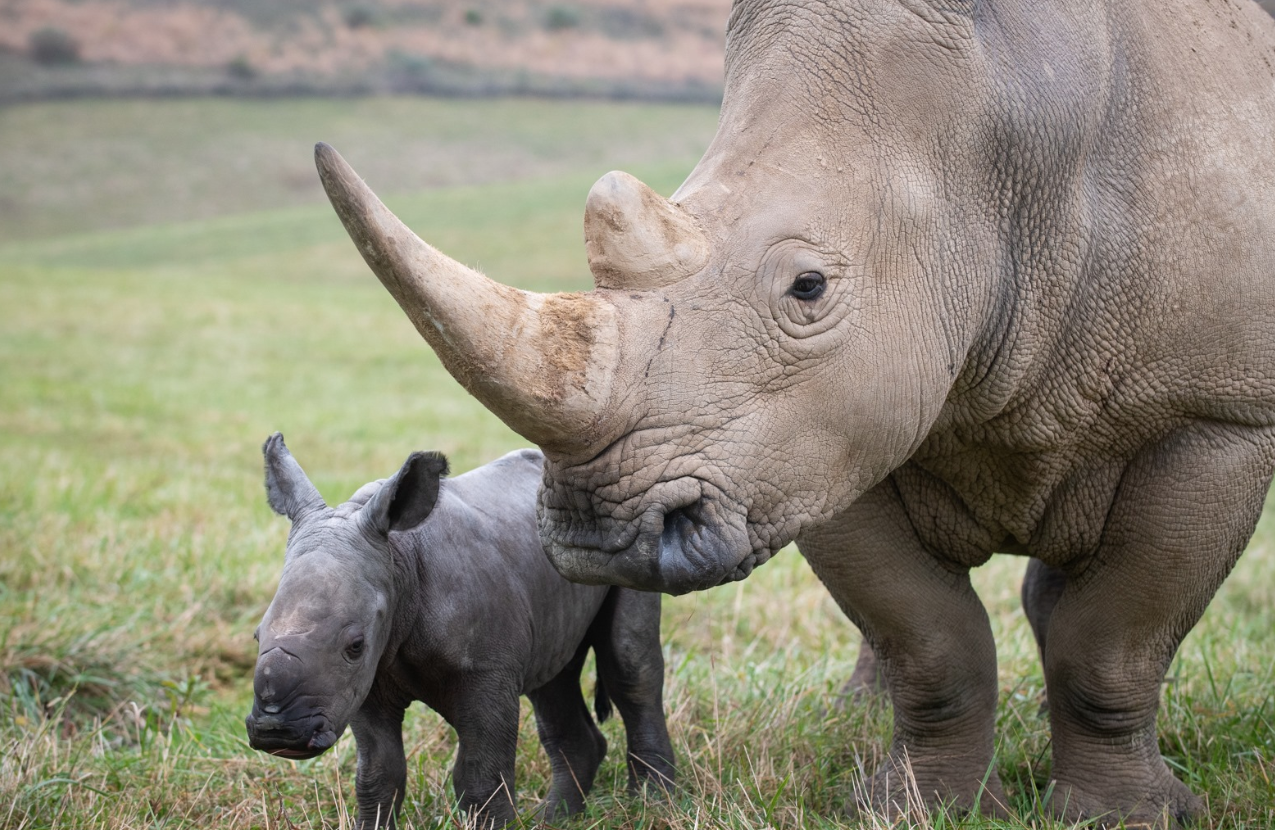 It isn’t deja vu. For the second time in a little more than one month, The Wilds is celebrating the arrival of a female white rhinoceros calf. The calf was born in the conservation center’s large, heated rhino barn during the early morning hours of Friday, December 6, 2019.

This calf, who has been named “Bing” as recognition of donors Drs. Hetty and Arthur Bing, is the 22nd white rhino to be born at The Wilds.

“Each birth of a rhino here at The Wilds is an incredible achievement as all rhino species continue to face significant threats in their native range,” said Dr. Jan Ramer, vice president of The Wilds, in a statement. “Over the years, we have learned more about rhinos, contributed to scientific knowledge about them, and helped raise awareness to inspire people to take action to help protect them. Our work is not done! However, the birth of this rhino calf is certainly exciting as the calf represents hope for the future.”

Bing and her 10-year-old mother, Anan, who was also born at The Wilds, are doing well and continue to bond. Animal Management staff note that Anan, who has previously given birth to two other calves and is an experienced mother, is being very attentive to her newborn. This is the second offspring for Bing’s father, 21-year-old Kengele, who was born at the San Diego Zoo Safari Park. His first calf, Scout, was born at The Wilds on October 23, 2019 to mother, Agnes.

Guests may have the opportunity to view Bing and Anan, along with the other rhinos, in the rhino barn during a Winter at The Wilds tour within the coming weeks. Tours are available at 11 AM and 2 PM through April. Reservations must be made at least 72 hours in advance. For more information, visit TheWilds.org.