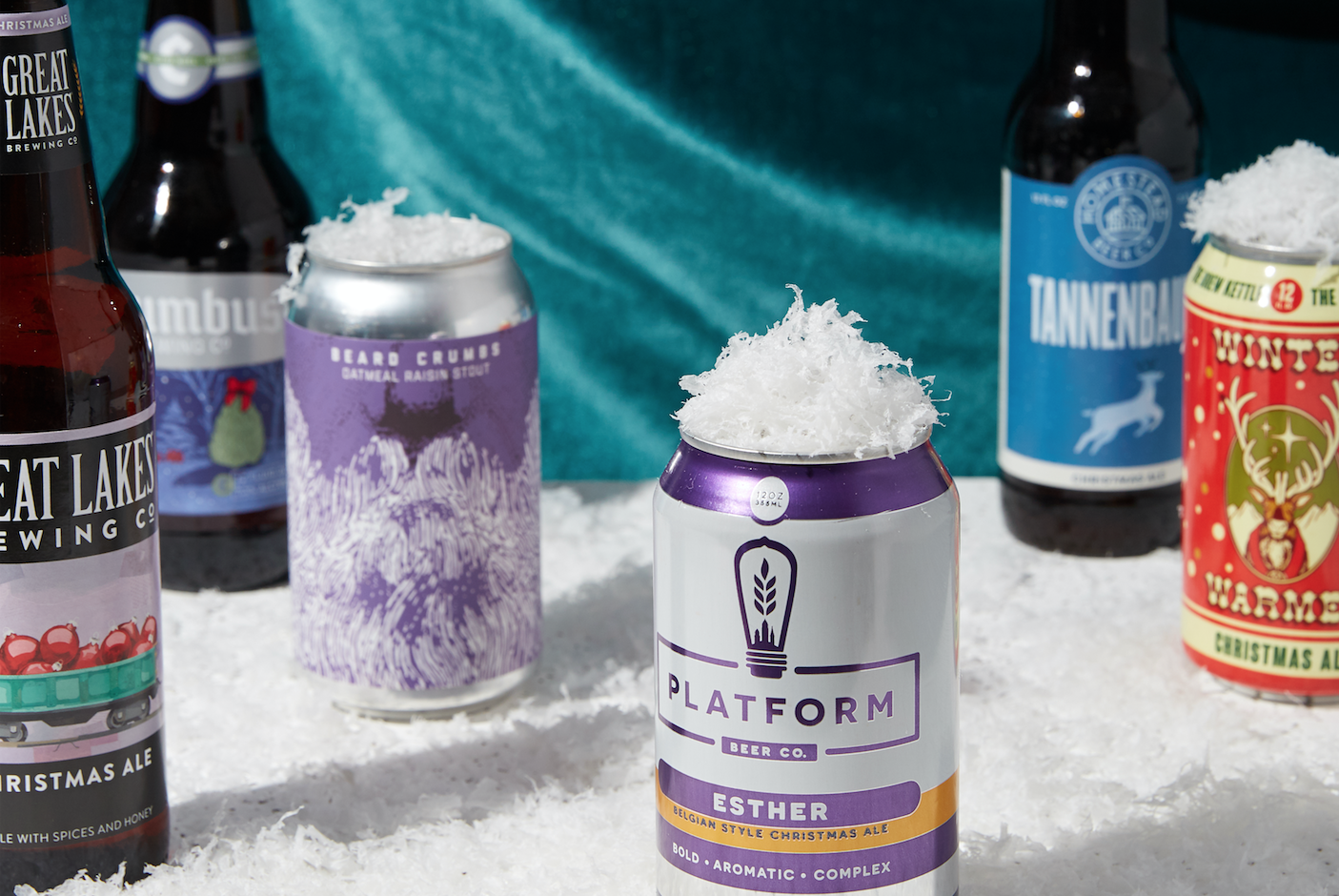 While many of you are excited about the upcoming holiday season, we’re excited about the holiday drinking. Though summer ales and Oktoberfest beers are tried-and-true classics, the annual release of Christmas-style beers into grocery stores forever reigns supreme as the best Christmas miracle in our books—guaranteed to satisfy you no matter what holiday you celebrate this time of year.

What’s not to love about these beers? Some of them manage to cram the very essence of Christmas into a can; others play with flavors and spices that are the perfect warm up on a cold day. And just like the bearded man himself, these beers only come once a year. So with that in mind, we have a lot of drinking to do before the season comes and goes. Here are 12 beers worth checking out this season, and perhaps even shelve a few away for Christmas in July.

No local Christmas beer list is complete without CBC, and it’s for good reason. Their beers are consistently some of the best in town and the Citra Noel is a testament to that. In addition to a rich and malty profile, this holiday ale features tropical flavors thanks to the Citra hops used in the brewing process. Just be careful with these brews as they boast an ABV of 7.3%.

If you’re looking for a more hoppy adventure, Wolf’s Ridge Snow Cone is a nice combination of wintery flavors with bitter notes thanks to it being a pale ale. The overall mouthfeel of this brew is light, and the finish is crisp, meaning you can enjoy quite a few of these without feeling bloated or full like some of the more heavy holiday beers can do.

Rhinegeist’s take on the holiday beer is the perfect middle ground. While it features many of the holiday favorites—hop spice, citrus, and caramel malt—it also maintains a light and very sippable body with an ABV of 6%. While this beer is delicious, Stock & Barrel is not responsible for any and all dad jokes made while drinking.

With hints of sweetness, honey, and spices, everything about this beer screams Christmas. The Holly Jolly Ale is a medium- bodied brew boasting a 7.4% ABV, making it an easy drinker that packs a holiday punch.

Get it while it’s cold! The Thirsty Dog 12 Dogs of Christmas is a powerful brew with an 8% ABV, but it’s only available until Dec. 31. This beer features honey, cinnamon, ginger, and nutmeg, giving it that signature holiday flavor and a low IBU for anyone who doesn’t like the bitter tastes of IPAs.

Deciding to purchase a case of Festivus means you are all-in. This is more than just a spiced brew with notes of allspice, ginger, and nutmeg; it’s an all day experience. This beer is inspired by the famous episode of Seinfeld so prepare to tell your loved ones how they disappointed you, plan a Festivus dinner, and engage in the always-entertaining feats of strength. BREW

Sporting a fresh new can design, Brew Kettle Winter Warmer is back for another holiday season. It seems that as this list grows, the ABV does too, and Winter Warmer’s 8.2% ABV keeps that trend alive. This brew combines spices like cinnamon with ginger, orange peels, and lemon peels, as well as honey for an added sweet touch.

Land-Grant takes the traditional spicy Christmas brew and goes in a different direction. This beer is an oatmeal raisin stout with hints of chocolate, coffee, and caramelized raisins. Sure, this beer is a little heavy, but that’s exactly what you need to warm you up on a cold day.

Attention imbibers: proceed with caution! Platform Esther is not messing around during the holidays as this brew has an ABV of 9.5%! But, don’t let the high alcohol percentage scare you off. There’s tons of flavor here thanks to ingredients like cherry, and as your drink gets a little warmer, more notes of toffee become prevalent.

No Christmas beer list is complete without a shout out to Great Lakes Christmas Ale. This beer is full of holiday spirit and hits a nice 7.5% ABV. Our pro tip is to take your favorite pint glass, add a little cinnamon and sugar to the rim, and pour up a tall one of these Christmas Ales. You can thank us now, or later.

For Barley’s, making batches of their Christmas Ale is a tradition they hold dearly. It’s something they’ve been doing since 1993. This beer starts with loads and loads of fresh orange peels in addition to fresh young ginger, whole cinnamon sticks, and organic honey. With a medium body and an ABV of 6.6%, this beer is great for sitting around the fire with the family, or bellying up to the dinner table.

Last, but certainly not least, is Homestead Tannenbaum, an herbs-and- spices Christmas ale boasting flavors of ginger with caramel-flavored malt notes. This brew is medium-bodied and sits at a 7.3% ABV, giving it a nice balance of drinkability to alcohol percentage. And if you prefer the bitterness from hops, this brew has an IBU of 45, placing it squarely in the middle ground range.