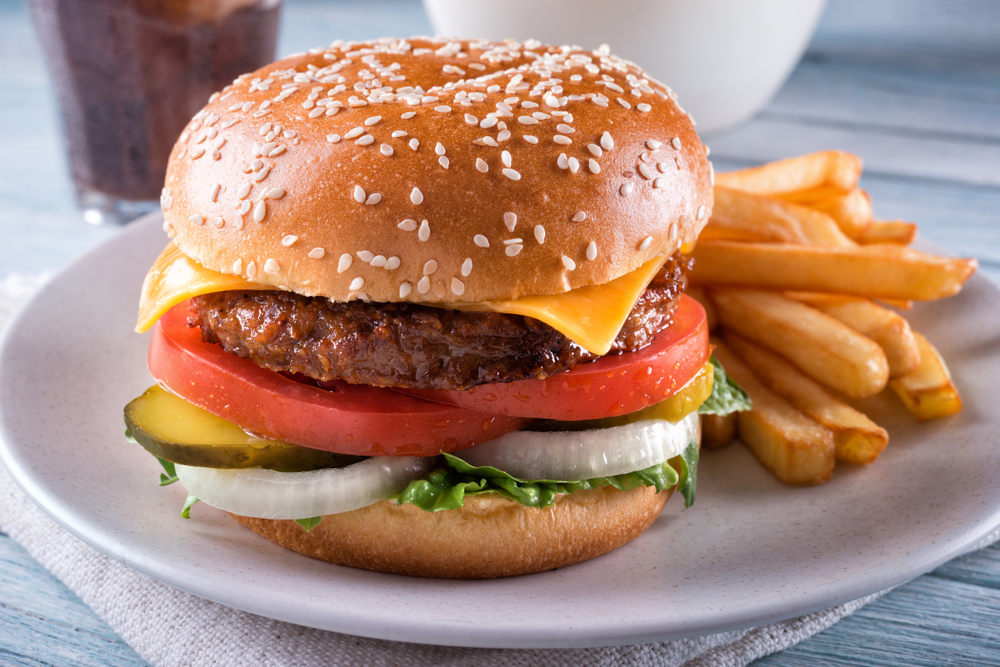 As a vegetarian, it can be tough watching a week of deals on meals in the city and know that you can’t get in on the action. This is especially true of Burger and Beer week, since most burger offerings are obviously meat-forward. Fear not, veg-heads—plenty of the city’s top burger joints are getting in on the trend toward meatless options and taking part in Burger & Beer week, too!

Be it a traditional veggie patty, or the marvel of science known as the “Impossible Burger, ” Bareburger will have something to scratch your itch. Replace their organic grass-fed beef with the plant-based option of your choice during Burger & Beer Week. Paired with organic colby cheese, caramelized onion, dill pickles, and special sauce on a brioche bun, this is one burger that can’t be beat (meat or not).

A perennial favorite with voters in our Columbest readers poll, the Rusty Bucket scores points for its diverse menu and many convenient locations. It’s also one of the best spots to grab a specially-crafted veggie burger during Burger & Beer week. No matter which location you choose, Rusty Bucket’s crispy black bean burger on a whole wheat bun topped with pepperjack cheese and all the fixin’s will put a smile on your plant-based face.

The folks at Curry Up know a thing or two about flavorful vegetarian and vegan cuisine. For Burger and Beer Week, their one and only offering is a delectable plant-based burger crafted with spiced potato and rice on a battered and breaded veggie patty—topped with mint chutney, sweet tamarind, spicy avocado yogurt, tomatoes, onions and an Indian roadside coleslaw. Who needs meat?

Burger & Beer Week, presented by (614) Magazine and Ohio Beef Council, is your chance to enjoy $6 burgers and local beer specials at 75+ of Columbus’ top restaurants.

Now through October 12, you can enter to receive dinner for four people at six Burger & Beer Week restaurants plus a craft beer gift package, with each unique entry equally a $0.25 donation to the Columbus Diaper Coalition!

**No tickets are needed for this event but you can view participating restaurants & menus as they’re added at EAT614.com soon!