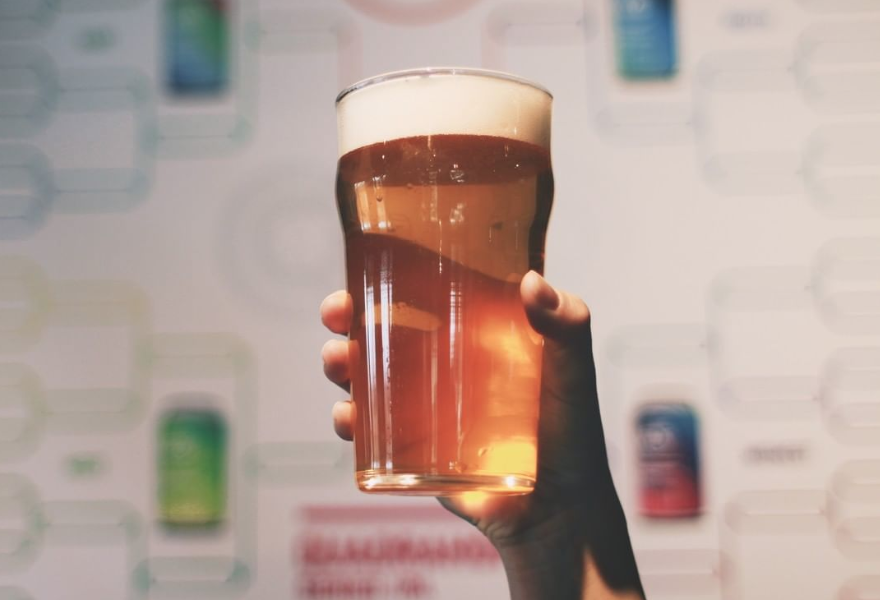 With the rise of craft beer, celebrations of America’s most popular alcoholic beverage are nearly as plentiful as the varieties of suds found on supermarket shelves.

Whether it’s a day set aside in honor of a given style (IPA day is observed Aug. 2) or a pseudo-holiday cash grab from a major international brewery, (Arthur’s Day is not a thing, Guinness) beer fans have plenty of occasions throughout the year to toast their favorite drink.

In honor of Columbus Craft Beer Week (May 17-25), (614) spoke to Columbus brewers Colin Vent at Seventh Son Brewing, Dan Shaffer at Land-Grant, Craig O’Herron at Sideswipe Brewing, and Chris Davison, at Wolf’s Ridge Brewing in order to explore the beginnings of brew in the capital city, where it stands today, and what the future might hold.

(614): When you think of Columbus beer history, what comes to mind?

Vent: The recent history is pretty young. We were 7th or 8th six years ago, and now there’s over 50. Barley’s, Smoke House, Elevator, Columbus Brewing Company—those were around for 10 or 15 years, then all of the sudden, Four String, us, North High, and soon thereafter Land Grant popped up, and from there it’s just been crazy. Obviously all of Columbus [beer] history goes back hundreds of years; there used to be major production. Hoster was one of the largest breweries in the country.

Shaffer: I think of Barley’s, CBC, the people that were there at the beginning. We’re all standing on their shoulders. Obviously it’s all come a very long way. I’m trying to think of what the first craft beer I had in Columbus was. It was probably a CBC IPA.

(614): What are some prevailing trends that you see happening with beer in Columbus today?

O’Herron: I feel like we’ve gotten over a lot of the recent trends. We saw a lot of the New England IPAs, and then Brut IPAs to a lesser extent. I don’t know if there’s a trend that’s happening right this moment, but I’m sure we’ll see something new and wacky come around.

Davison: The national trend has been IPA, IPA, IPA, and I think Columbus is a microcosm of that. Ohio is an IPA state, and Columbus is an IPA city even more so than some other cities in the state. We’ve got a lot of the top-tier IPA breweries right now, a lot of people making really good IPA. I think that’s going to continue to rise, and I think we’re going to continue to see more styles [of IPA].

(614): What does the future hold for Columbus Beer? Have we reached a saturation point on how many breweries the city can sustain?

Davison: I think it all comes down to what those breweries are trying to accomplish. Trying to be a production brewery that’s distributing cans across the entire state is going to get harder and harder, not that some won’t continue to grow and do that. I think there’s a ton of room for local brewpubs that don’t even want to sell their beer outside of their own bar. Every bar in this city could theoretically brew its own beer, and there’s no reason the city can’t sustain 500 breweries that are tiny like that.

Shaffer: Obviously people are gravitating towards local. I think it’s really cool that every neighborhood, instead of a watering hole, can have a local brewery. I think we’ll probably see more sours, probably more specialization. IPA’s aren’t going anywhere—there will be more IPA variants. When there is this much competition, you can’t afford to be a generic beer brewery anymore. There has to be something you’re passionate about, whether it’s Belgian or English styles, or pilsners, high-gravity stouts—whatever. There’s got to be something that you can say “this is what we’re all about.”