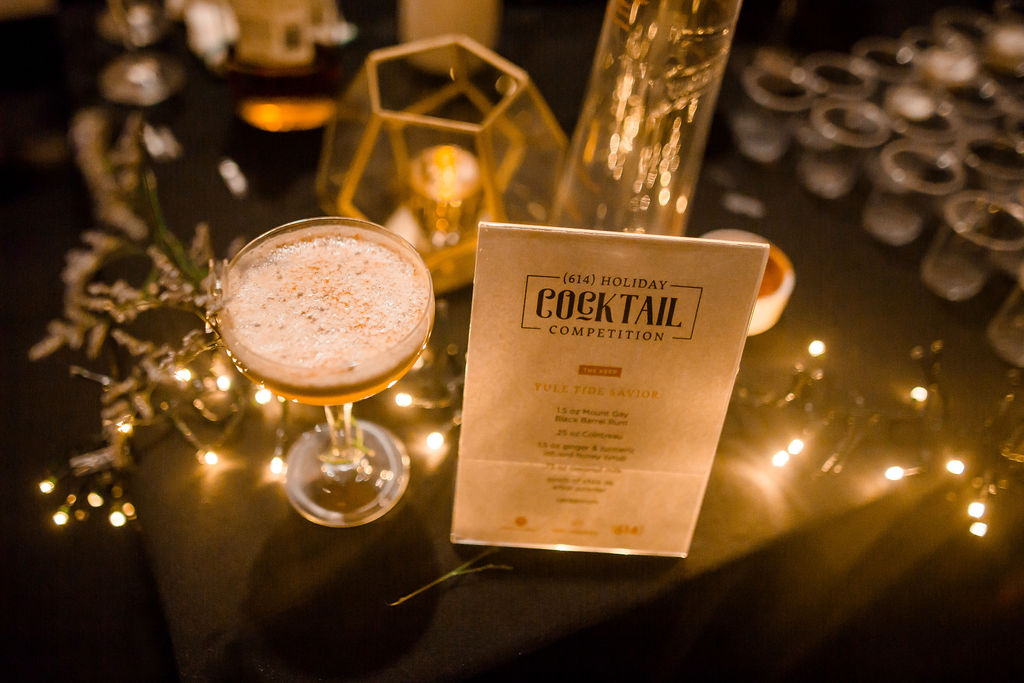 Last week, several hundred of Santa’s little, lush-y helpers joined us for the sold-out 7th annual Holiday Cocktail Competition. Over 20 unique and festive cocktails from some of Columbus’ best bars were sampled, tasty appetizers were had, and sights and sounds of the season were enjoyed.

All photos by Rebecca Tien

Our panel of esteemed judges sipped each elixir and completed the difficult duty of selecting the top three. The 300+ guests of the Holiday Cocktail Competition were also tasked with a challenging job: choosing their favorite drink.

After two fun-filled hours, the results were in.

Scroll down to see all the winners, and don’t forget to pick your favorite recipe to impress your friends at the next holiday party!