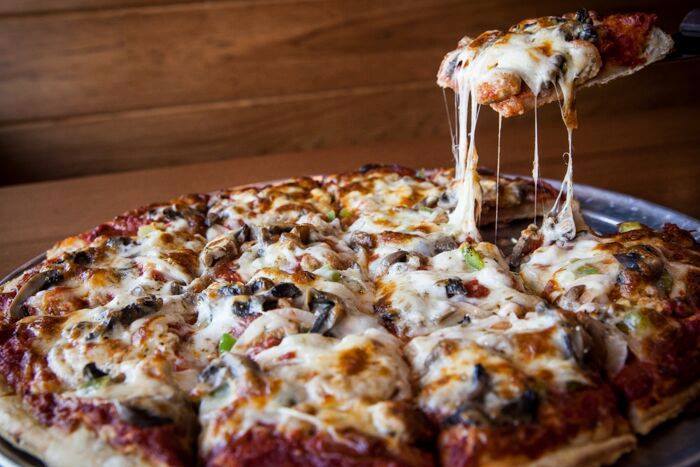 I came, I Seesaw, I Conquered: My experience at Short North’s newest bar

When it comes to pizza, for some people it’s NY- style slices or bust. For those triangle slice purists, one Ohio-grown company wants to make you a believer in the power of deep dish (and much, much more).

The aptly-named company Good Food Restaurants has announced the opening of the newest location of its Beer Barrel Pizza & Grill in Jerome Township at the new Dublin Green Shopping Center near Dublin, Ohio.

GFR is targeting a September 17, 2019 opening for this, the eighth location of the popular pizza and beer destination from the Lima, Ohio-based company, and the third in Central Ohio following the Hilliard and Easton restaurants.

For the uninitiated, Beer Barrel boasts a large and diverse menu of appetizers, salads, sandwiches, and entrees— but the real star is the signature scratch-made pizza.

In addition to the large, family-friendly dining room that should be familiar to Beer Barrel regulars, a decidedly more adult concept will be on display at this location thanks to The Bourbon Barrel Room.

With over 100 bourbons, whiskies, ryes, and scotches, The Bourbon Barrel Room will offer craft cocktails in a “rustic and intimate” setting. The concept will also serve small plates (in addition to the full Beer Barrel Pizza & Grill menu). For fans interested in learning more about their favorite booze, The Bourbon Barrel Room will also host bourbon tasting events throughout the year.

“We’re thrilled with the opportunity to come to Joseph Skilken & Company’s Dublin Green,” said Good Food Restaurants President and founder John Heaphy in a press release. “Since first bringing Beer Barrel to the Columbus market in 2016, we’ve been so humbled by the outpouring of support we’ve received from the residents of the Columbus area. We’re very excited to continue growing in Central Ohio and we think the Dublin and Plain City area will love our vision of warm, family-friendly hospitality.”

If you’ve never tried it, you won’t want to miss Beer Barrel when it rolls into Dublin Green this September.