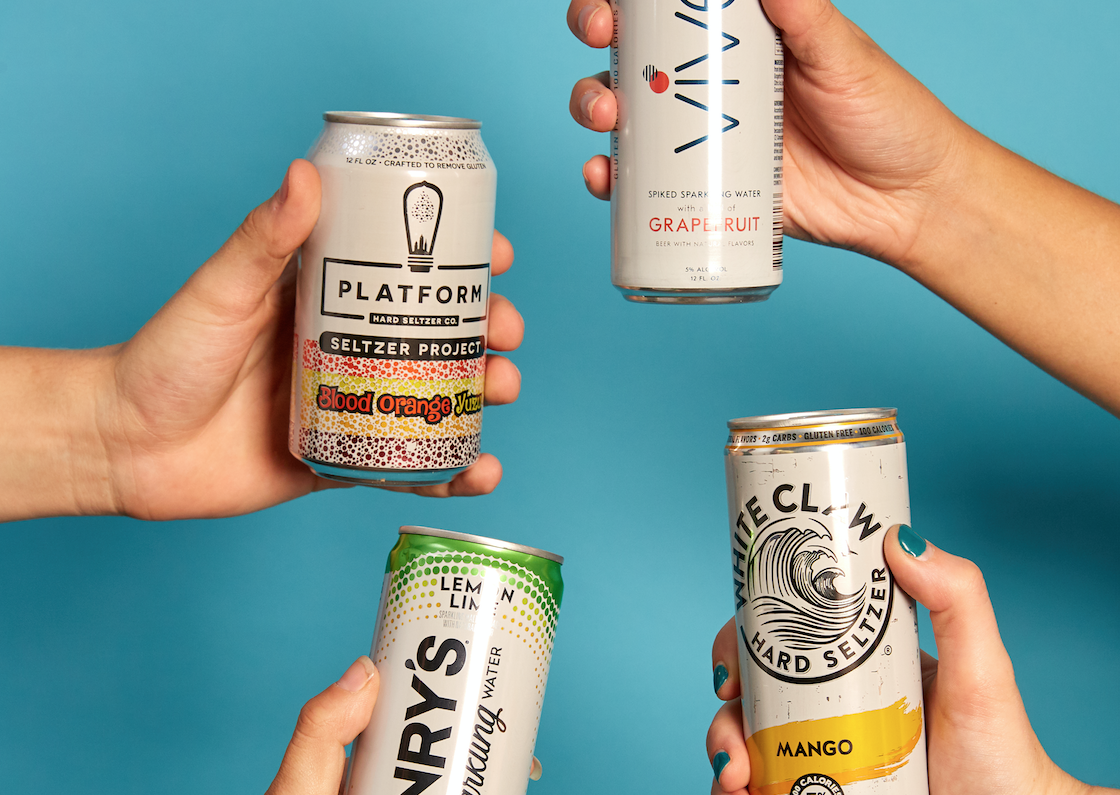 Kroger in the fast lane? New program may surprise you

You go to sleep one night, and seltzer is just the fizzy stuff in big glass bottles that clowns used to hose fools down with in old cartoons. You wake up, and it’s the hottest beverage trend since India Paled its famous Ale (or whatever).

While the drink predates this calendar year, there can be no doubt that the summer of 2019 belonged to hard seltzer. Whether you were getting “Truly” hammered, or disregarding all laws with White Claws, surely these fizzy intoxicants were a fixture at many a summer function you attended.

A hit with the fit crowd for their low calorie count and negligible carbs, the alcoholic seltzer sensation has washed over the nation like a carbonated, mango-flavored tsunami. Popular though they may be, these beverages are not without detractors. One article in the San Francisco Chronicle called spiked seltzers “the summer’s biggest scam,” pointing to the fact that in spite of marketing to the contrary, the drinks are not in fact seltzers, but carbonated malt beverages (like Smirnoff Ice and Zima).

With enormous international companies such as Anheuser Busch getting in the hard seltzer game, it was only a matter of time until the forward-thinking minds in our city’s booming beverage scene put their own stamp on this latest and greatest toastable trend.

While not native to Columbus per se, Cleveland’s Platform Beer Co. has won a spot in the hearts of local craft brew fans thanks to its hoppin’ downtown taproom and the consistent quality of their products. Platform is also one of the prominent regional brands to embrace the spiked seltzer phenomenon wholeheartedly.

Available in six-packs, Platform’s rotating series of hard seltzers features some flavors that will be familiar to regular drinkers of the national brands, such as black cherry. Where the brand finds a leg up on the competition is a slate of unique offerings like Passionfruit, Ginger-Lime, and Blood Orange Yuzu.

Platform’s seltzers clock in at the industry standard 5% ABV, and retain the same near-clear, bubbly appearance as most competitors. While a respected craft brewery dipping a toe in this segment might get the mustaches of snobbish craft beer purists twirling, Platform has never been known for playing it safe—and they’re not the only ones.

Seventh Son Brewing sports ample draft handles in their multi-tiered taproom, giving pilot batches of “out there” brews a place to shine among the pleasing regular lineup. With so much room for experimentation, it’s no wonder that Seventh Son has cracked the hard seltzer puzzle.

A departure from the norm in several ways, Seventh Son’s “Kitty Paw” is a raspberry-flavored seltzer crafted with 100% real fruit juice and zero artificial colors or flavors added. The striking pinkish hue of this feline- inspired booze water also helps Seventh Son’s creation stand out from the pack. Opaque and bursting with tart berry flavors, Kitty Paw should be a hit with fans of fruit-flavored lambic beers. Available on-tap only, this initial offering is just the first of a planned series of hard seltzers being cooked up by the Seventh Son team.

No hard look at hard seltzer would be complete without mention of Four Loko, the “blackout in a can” hooch concocted by a group of OSU grads that mixed copious amounts of caffeine (since removed from the recipe) with alcohol, fueling all of your worst college-era mistakes.

If the notion of alcoholic water at first seemed too absurd to believe, leave it to Four Loko to take that absurdity to the most extreme possible end. In a Twitter post dated to August 11, 2019, the company teased their own accursed foray into the hard water game with a beverage that would pair “a hint of blue razz” with a daunting 14% ABV. At the time of this writing, no such drink has appeared on store shelves, for better or worse (…better).

Only time will tell if spiked sparkling water will make the move from passing fad to permanent grocery cooler staple. Refreshing and all-too- crushable by nature, typically gluten-free, and with a fraction of the calories of even the lightest beer, it’s easy to see why summer drinkers were drawn to the spiked watering hole in droves. With companies big and small experimenting in this increasingly-crowded segment, water may just be the hottest new beverage in town.