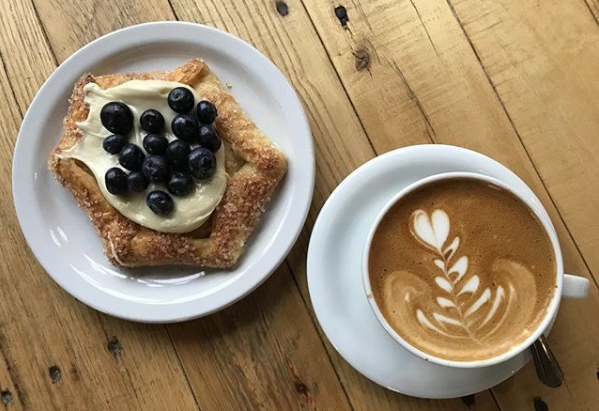 15 ways to get your jig on this St. Patrick’s Day

Welcome to Behind the Handle where we go behind the likes and hashtags to see what makes Columbus bloggers tick.

Everyone loves breakfast but Nick of @breakfastwithnick lives it. Exploring the best breakfast spots in Columbus and beyond, he’s generated over 14.3k followers and created a brand that is recognized throughout the city. Such a following is no easy feat though, so we connected with Nick to get some insight into how he was able to create and maintain his brand.

A writer at heart, Nick began his online ventures through his blog in 2007, before Instagram was a thing. Once Instagram started taking off, he got onboard.

“It didn’t take me long to recognize that social media is an important extension of blogging,” he revealed. “Especially since food and drink is such a visual world in how you engage people with it. It made perfect sense.”

Although he had prior blogging experience, Instagram was a completely different world. The nuances of Instagram had to be learned which he admitted to struggling with in the beginning.

“For me there was the early question of ‘Is this a private vs a public profile?’ Initially, I was just sharing everything around me, which was family related things and as I’ve grown and realized the power of Instagram, I began to find the balance of how to genuinely share about your life while also not providing details that people don’t need.”

After navigating the murky waters of Instagram, he began gaining more followers. When asked about the moment he felt his Instagram had reached success, he said “For me the mark I would deem somewhat successful is when I would run into people on the street and they would say ‘Hey, you’re @breakfastwithnick, I follow you on Instagram. So that would tell me yeah, people are making the connection between who you are and people are interested enough to follow. That, and when people would say “Oh we found this spot because you posted about it on Instagram.” That’s kinda the mark of success for me.”

Nick noted that success is difficult to define and depends on one’s personal goals.

“I think the mark of success for anyone is when you can do it in a genuine way, so you’re honest and truthful about who you are and your experiences. That more than anything will make people want to follow along and stick with you.”

But how did he do it? He explained that while Instagram is largely visual, he employs other elements in order to develop a connection between the himself and the viewer.

“Me and my wife Beth, who runs @breakfastwithnick with me, we are both believers that Instagram shouldn’t just be about pretty pictures but being an activation point. It’s fun to share a beautiful picture of my breakfast. It’s even better when I share info about it or a description of it that  helps people decide if that’s somewhere they would want to go or encourages them to check it out or have an adventure of their own.”

Nick is also a big believer of giving credit where it’s due.

“When we think of using Instagram from the food angle, especially with restaurants, we look for a way to humanize it. So pictures of great food is awesome but pictures of the restaurant owner or chefs are even better. You know, highlighting people who deserve the credit for making that look so awesome. That’s a big thing for us too. Being able to show that side of the industry too.”

“There are definitely times where we do give ourselves permission to say ‘we don’t have to be on the phone posting about this.’ There are a lot of times when i’m excited to share things but i will share them after the fact.We’ll just get pictures done really quickly and then  go on and actually be present in the moment.”

As a final piece of wisdom, he gives some much needed advice to all the Instagrammers out there who get caught up in the amount of followers or likes they get.

“It can be super stressful if you’re tying your self worth to how many times someone pressed the heart button on a photo you have. That’s not what that’s supposed to be about.”