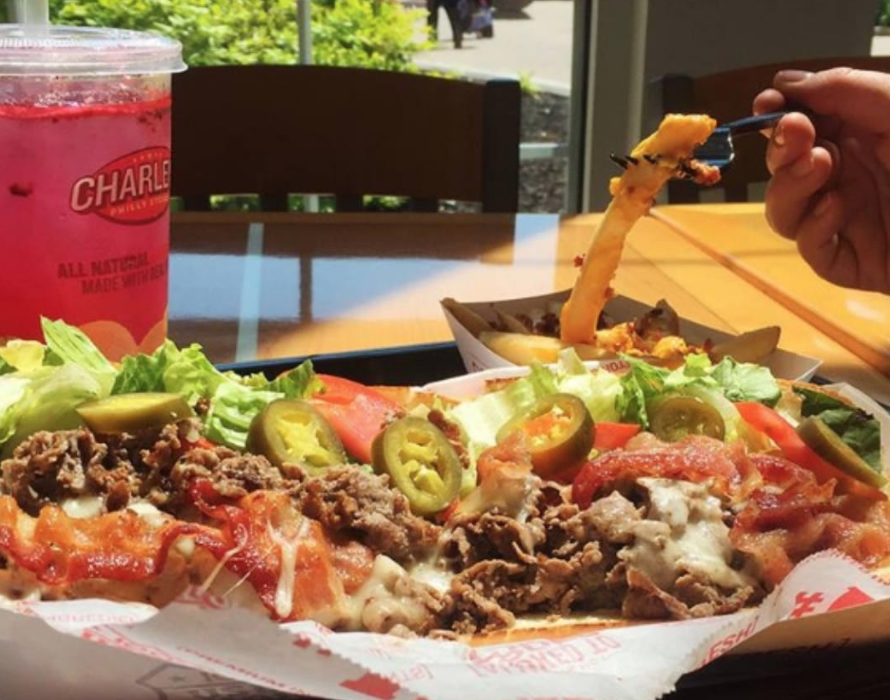 Charleys Philly Steaks founder and CEO Charley Shin opened his first store on the Ohio State University campus in 1986 while working toward a degree in business administration. Today, Charleys operates over 600 locations, serving up the “#1 cheesesteak in the world.”

Still headquartered in Columbus, Charleys remains committed to bringing quality food options to diners in Central Ohio and beyond. Today, the latest example of these efforts opened in the community of Whitehall, where a unique new Charleys store is changing the model for the popular chain.

Utilizing modern construction techniques, the new Charleys store is constructed from four commercial shipping containers that have combined to form a single structure. The novel new style of building is the first of its kind for the company.

Along with the groundbreaking new construction techniques on display in its new store, the opening of the Whitehall Charleys also exhibits a new approach to business, as well as some enticing new menu options.

“Charleys has long been known for the number one cheesesteak in the world. We have a rich 35 year history. That being said, most of our stores are located in mall food courts,” explains Charleys Chief Marketing Officer Ron Schuller. “This is the start of Charleys really starting to branch out of the mall to standalone stores, and in that concept, creating a different destination. We’ve added an entire chicken selection featuring wings and boneless wings as well, and we’ll continue to develop that as we move forward.”

Just like the first location on OSU campus back in the day, Charleys is sure to be a hit in its new standalone spot in Whitehall.

“The demand for this concept in this area has been strong, and the Whitehall community has been a great partner to us,” says Schuller. “We’re very enthusiastic about finally getting to this point and getting to welcome guests into this store.”