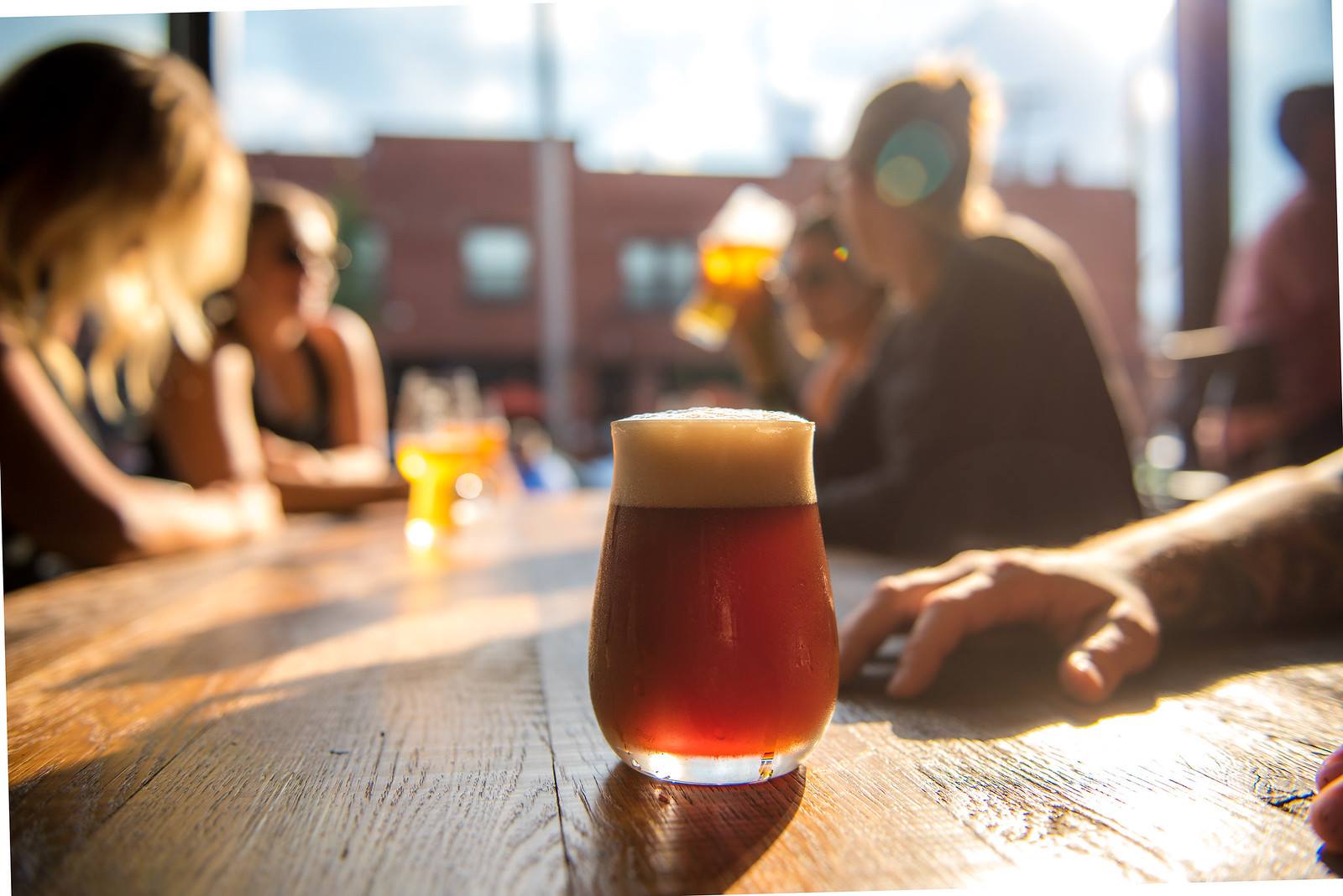 UPDATE: The highly anticipated Columbus rollout of Cleveland-based Saucy Brew Works is finally on the way, according to a report from Columbus Business First. Following construction delays which put the craft brewpub off its targeted summer 2019 opening, Saucy is now on schedule to open in the first quarter of 2020.

Caffe Apropos in Harrison West finally has a new replacement! Cleveland-based Saucy Brew Works is opening a brewpub this summer in the 443 W 3rd Ave. building. Caffe Apropos closed in January of 2018 after 13 years of business.

The privately-owned, independent brewery is known first for its tasty craft beer and second for their artisan pizzeria concept designed to model the award-winning Pizza Port in San Diego. The menu will also offer sandwiches, salads, and appetizers.

In 2017 Saucy opened in Cleveland’s Hingetown neighborhood just around the corner from Great Lakes Brewing and Market Garden Brewery. By 2018, their can distribution had reached Columbus.